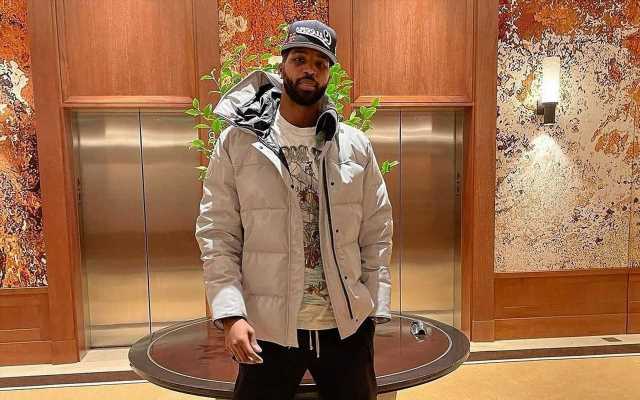 Khloe Kardashian’s baby daddy allegedly sent text messages to the woman who claimed to be expecting his third child, offering 75k to keep her silent and making clear he didn’t want the baby.

AceShowbiz –Tristan Thompson‘s baby drama gets messier. According to PageSix, the Sacramento Kings player who shares a daughter with Khloe Kardashian sent threatening text messages to the woman who claimed to be pregnant with his third child. The alleged texts have since leaked on the internet.

In the supposed private messages, the basketballer was clearly not happy with his former lover. He offered $75,000 to buy her silence, trying to convince her it was her best bet because he’s retiring soon. He also seemingly made it clear he didn’t want to get involved in the baby’s life after she gave birth.

“You know how I feel,” he reportedly told the pregnant woman. “My feelings haven’t changed at all. Wont be involved at all. btw if you think having this baby is gonna make you some money. It’s completely wrong. You are aware that I’m retiring after this season.”

“So in terms of support it will be whatever is required monthly for someone who’s unemployed. It’s Texas so it will be only a couple hundred dollars. So you better off taking this 75k I’m offering cause you won’t get nothing near that with having a kid with a father who’s unemployed.”

He concluded, “All you have is a baby with a father who has zero involvement with the child and a few hundred dollars of child support a month.”

The unnamed pregnant woman is reportedly a personal trainer. She allegedly started her affair with Tristan at least five months before his birthday and they kept seeing each other even after she found out she’s pregnant. She is reportedly expecting a baby boy and has filed a lawsuit against the athlete.

Tristan Thompson hasn’t responded to any of her claims.

Khloe also kept mum, but she recently quoted a cryptic message about ignoring negative energy, “I just don’t have time for negative energy and even when I do, I still don’t.”