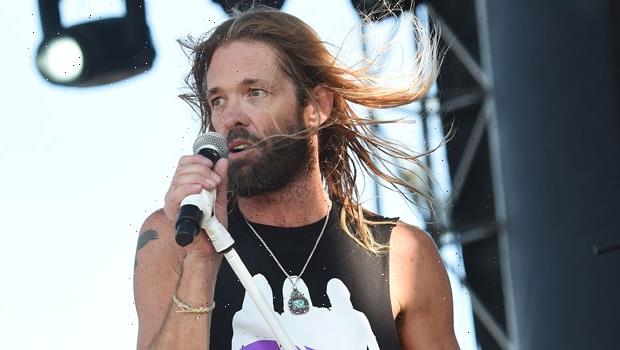 Stars paid tribute to the famous musician after he was found dead in his hotel room in Bogota, Colombia hours before the Foo Fighters were scheduled to play in a festival.

Celebrities are mourning the loss of the Foo Fighters’ drummer Taylor Hawkins. The 50-year-old musician was found unresponsive in his hotel room in Bogota, Colombia on Friday (March 25) during a South American tour with the rock band, whose frontman — and Taylor’s best friend — is Dave Grohl. Miley Cyrus took to her Instagram to announce she was dedicating her next concert to the late rock star, while Travis Barker shared a heartbreaking throwback photo of his band Blink-182 hanging out with Taylor and other Foo Fighter members. 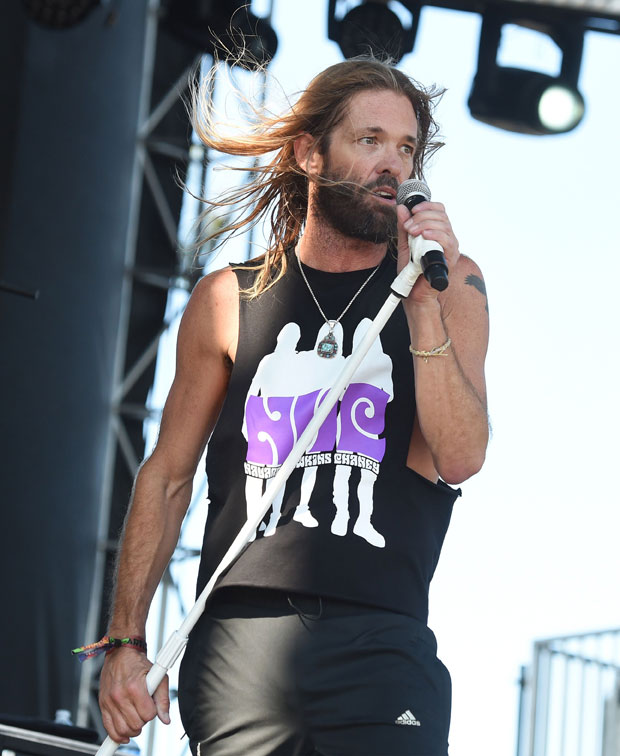 “I don’t have the words. Sad to write this or to never see you again,” Travis captioned another snap of Taylor. “I’ll never forget Laguna Beach days when I was a trash man playing in a punk rock band and you were playing with Alanis [Morissette]. You’d come watch me play in dive bars and be like, ‘kid you’re a star’. And I thought you were crazy but you gave me so much hope and determination.”

There were few details on how Taylor died, although the band said in a statement on Friday that his death was a “tragic and untimely loss.” The Foo Fighters were scheduled to play at a festival in Bogota on Friday evening. Taylor’s last performance with the band was on Sunday (March 20) at a concert in San Isidro, Argentina. 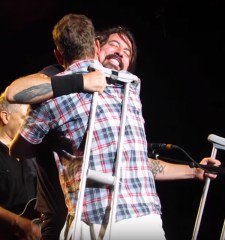 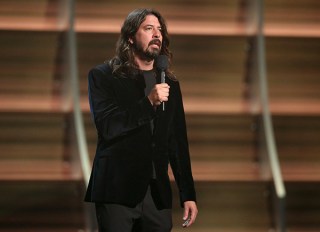 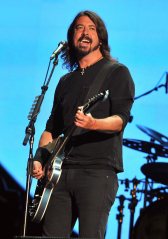 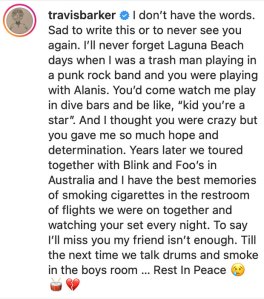 “His musical spirit and infectious laughter will live on with all of us forever,” the band said of Taylor on Twitter. “Our hearts go out to his wife, children and family, and we ask that their privacy be treated with the utmost respect in this unimaginable difficult time.” Taylor is survived by his wife Alison and their three children.

Meanwhile, tributes kept pouring in for Taylor after the sad news was announced, with Ozzy Osbourne tweeting, “@TaylorHawkins was truly a great person and an amazing musician. My heart, my love and my condolences go out to his wife, his children, his family, his band and his fans. See you on the other side.” LeAnn Rimes wrote, “GUTTED to hear of our friend and neighbor, Taylor Hawkins departure. In disbelief, like everyone else. He was one of my favorite people.” And Josh Brolin simply shared a photo of Taylor with the caption “No,” while adding a crying emoji.

Keep reading for more condolences and tributes from celebrities, below.