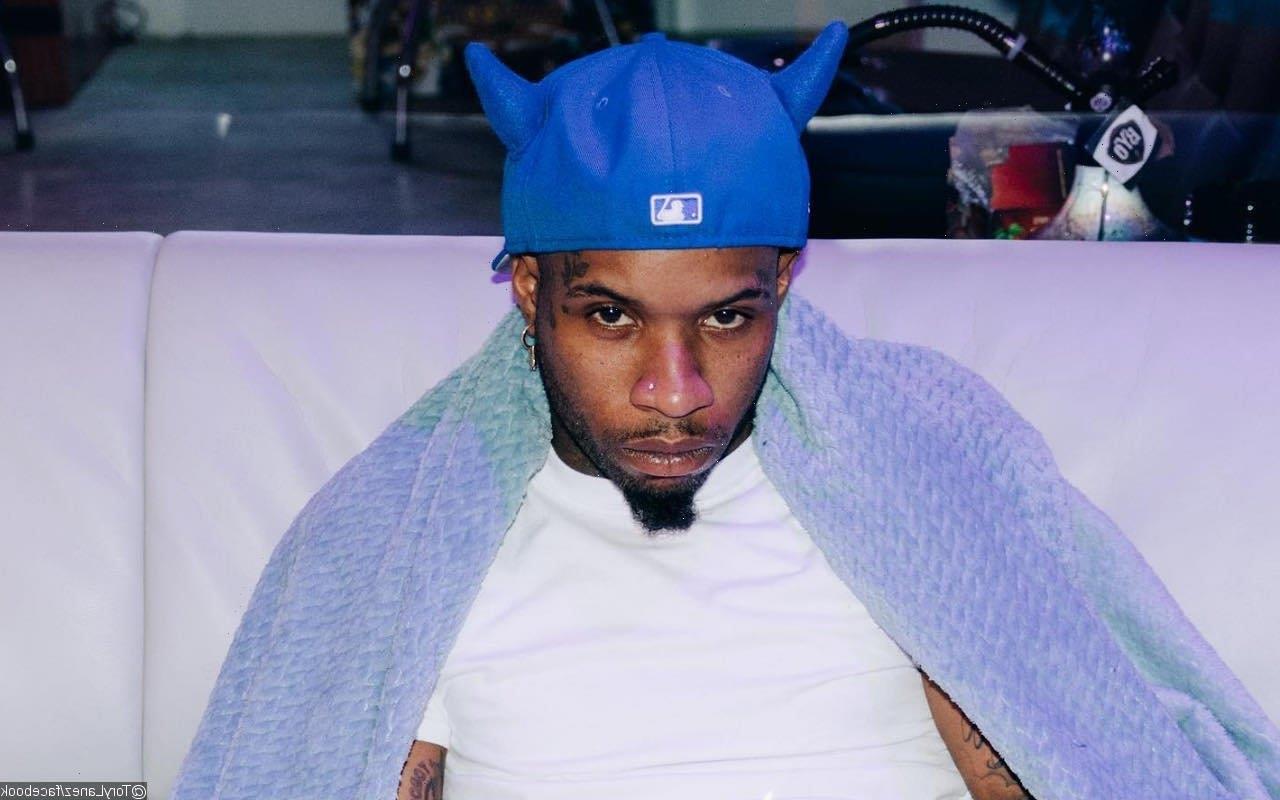 AceShowbiz –Tory Lanez will learn his fate when he returns to court next month. It was unveiled that the “Say It” spitter’s sentencing in Megan Thee Stallion‘s shooting case has been re-scheduled from January 27 to February 28.

The decision was made by Judge David Herriford on Tuesday, January 10 as the Canadian native hired two new attorneys. The emcee requested that lawyers David Kenner and Matthew Barhoma replace his original defense lawyers, George Mgdesyan and Shawn Holley, who missed the trial due to a conflict.

Now that the sentencing has been postponed, Kenner can have time “to review trial transcripts and file a motion for a new trial.” The judge also said that the new lawyer “could argue a separate motion that date seeking to dissolve the protective order barring [Tony] from discussing the case.”

At the Tuesday hearing, Kenner asked the judge to retire the protective order that prohibits Lanez from mentioning Stallion or any details about the case in public comments. “Your honor, most respectfully, there have been a number of other people connected with the case posting on social media and putting out statements,” said the lawyer.

“I would suggest to the court that the way the (protective order) was written, it’s a prior restraint on free speech,” Kenner added of the protective order, which was issued in April 2022. “I think it’s inappropriate for Mr. Peterson to be put in a position where he’s stopped from using his voice.”

Following the hearing, Kenner, who successfully defended Snoop Dogg at the latter’s 1996 murder trial, told the press, “We look forward to litigating the motion for new trial.” The 81-year-old continued, “We are very confident.”

On December 23, Lanez was found guilty of three charges in the 2020 July shooting that left Stallion’s foot injured. He was convicted of assault with a semiautomatic firearm, having a loaded unregistered firearm in a vehicle and discharging a firearm with gross negligence. He is now facing more than 22 years in prison.