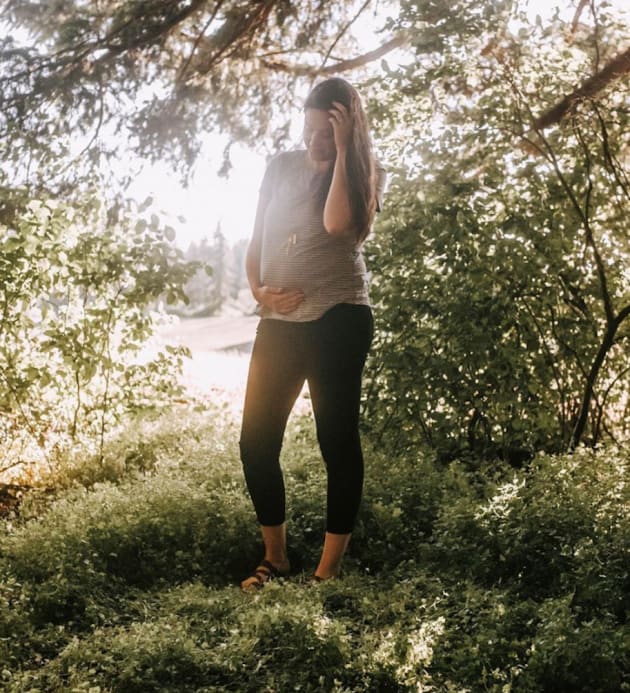 Tori Roloff is trying her best these days.

But even though the Little People, Big World star is SO gosh darn excited to be expecting her second child, Tori has also admitted of late to a few hiccups in this latest pregnancy.

First, Roloff opened up about feelings of insecurity as a result of her ever-growing stomach, writing on Instagram just a few weeks ago:

“I’ve gotten bigger a lot faster than I did with Jackson and I’ve become a lot more insecure… it’s been hard to really enjoy this pregnancy because I’ve let my own body image issues get in the way.”

That makes us so sad to read, but hopefully Tori has found comfort in the knowledge that she isn’t alone.

Far from it, in fact, as nearly every pregnant woman out there can relate.

And the veteran TLC personality is clearly trying her hardest to overcome this concern, having recently posted a new photo of this very same (and gorgeous) baby bump:

Now, however, Tori is once again telling her followers about a problem with her pregnancy.

And this one may require a visit to the doctor’s office.

On July 27, Roloff shared with fans that she’s afraid she has a rather uncomfortable medical condition.

“So I’m convinced I have pubic symphysis pain,” the 28-year old wrote to open this message, explaining in further detail:

“It’s literally all day. Do any mamas out there have this as well and have you found any relief?”

She added: “I’m not a huge fan of taking medication. (No judgment from me, it’s just my preferences.)”

According to Healthline, “symphysis pubis dysfunction (SPD) is a group of symptoms that cause discomfort in the pelvic region. It usually occurs during pregnancy, when your pelvic joints become stiff or move unevenly. It can occur both at the front and back of your pelvis.”

For the important record, this condition  is NOT harmful to the baby, but can be “extremely painful” for the expectant mother, this same outlet reports.

They’re already parents to a two-year old named Jackson, who is just so downright adorable that we simply can’t handle the following picture:

Tori, meanwhile, added to the worries of those who care her and her pregnancy on Monday, July 29, when she posted a photo on Instagram and wrote as a caption to it:

Do we really want God’s input about our daily life or know what God is thinking about our situation?

It sounds like Tori is sort of in that second category right now, doesn’t it?

Please join us in sending her your thoughts and well wishes.