After Tom Cruise attended the men’s final at Wimbledon, the Goodwood Festival of Speed, AND the Euro 2020 finale, some fans wondered where the ‘Mission: Impossible’ star would show up next.

“Tom Cruise is having a hell of a day,” on British fan tweeted on Sunday (July 11), and they were not wrong. Tom, 59, pulled off an epic hat trick of sports by attending three different major events within the span of 24 hours. His first appearance came at the Goodwood Festival of Speed 2021 in Chichester, West Sussex. Tom watched as some of the world’s fastest cars and motorcycles whizzed around the track, but like them, the Mission: Impossible star couldn’t stay still. He soon headed to Wimbledon and watched Novak Djokovic defeat Matteo Berrettini in the men’s final. From there, he went straight to Wembley stadium to join David Beckham and Kate Moss to watch the English teal valiantly fall to Italy in the Euro 2020 final. 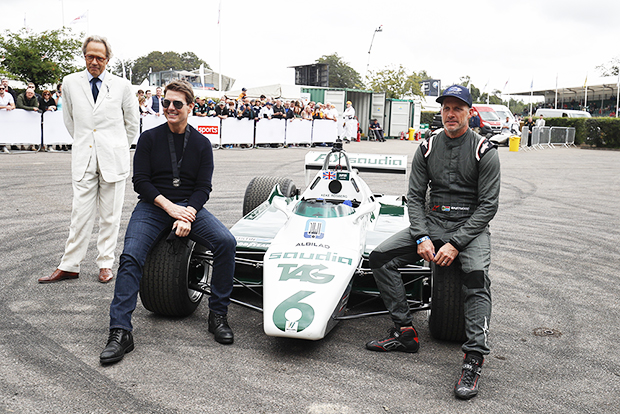 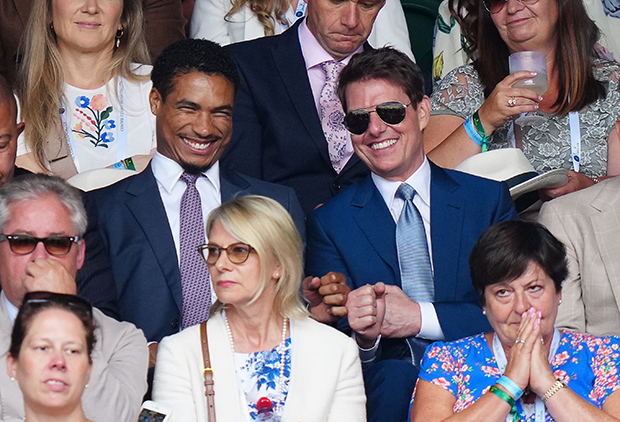 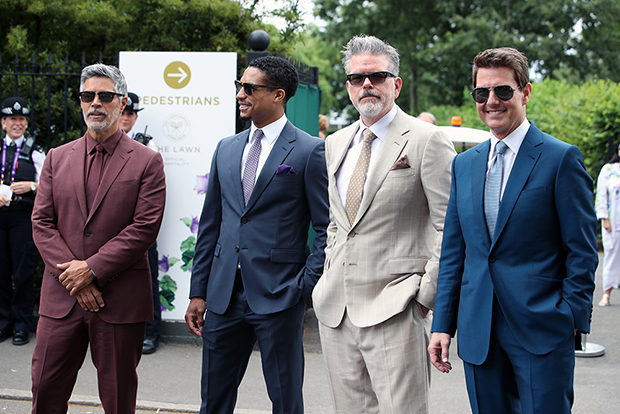 This accomplishment did not go unnoticed by fans. “If [Tom’s] evening doesn’t end with kebab juice dribbling down his front, then he’s failed us all,” tweeted one, while others were just really impressed that he was able to pull this trifecta off. “Tom Cruise was at the men’s singles final at Wimbledon and now the Euros finals at Wembley. He’s literally living the best stag do weekend ever.” “Tom Cruise wasn’t just at the Wimbledon and Euro cup finals. He was also at the Goodwood festival of speed. What a weekend he’s had.” “Tom Cruise was at Goodwood, Wimbledon, and the Euro finals on the same day. Anyone else would have had to use stunt doubles for this feat.”

Tom’s appearance at Wimbledon came a day after he and his Mission: Impossible co-stars — Hayley Atwell and Pom Klementieff — attended the women’s Wimbledon final. Tom looked dapper in a blue suit while leading Hayley (who Tom is reportedly dating) and Pom to their seats. From there, they watched as Ashleigh Barty defeated Karolina Pliskova.

Despite zipping around the country, it was a relatively low-key day for Tom, as he seemed relaxed while enjoying the best of what England has to offer. This sports trifecta comes on the heels of Tom defending himself over his explosive December 2020 rant to the Mission: Impossible 7 crew. In an audio snippet leaked in December 2020, Tom delivered a profanity-filled tirade against workers who weren’t observing social distancing protocols.

“All those emotions were going through my mind. I was thinking about the people I work with and my industry,” said Tom in an interview about the rant. Tom didn’t apologize, noting that there was “a lot at stake” at that point and that he was only admonishing “select people” and not the whole crew.