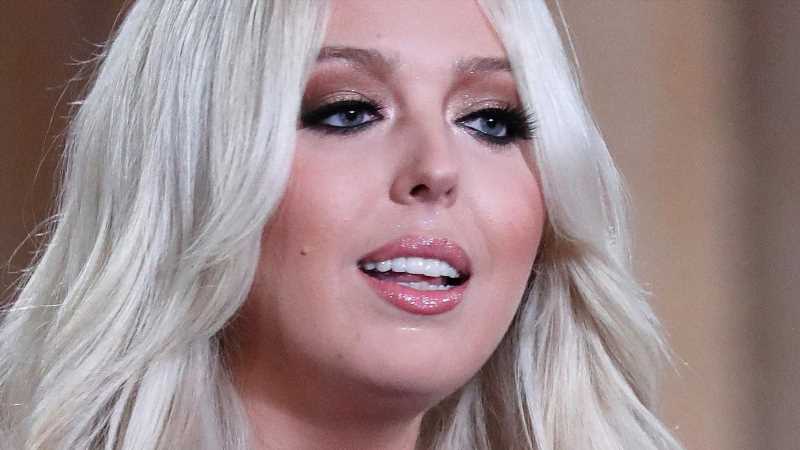 While many Trump family members continue to make headlines for political reasons, Tiffany Trump mostly keeps to the relationship department. She made her relationship with Michael Boulos official on Instagram in December 2017, according to People, and announced their engagement on January 19, 2020, just one day before her father Donald Trump left the White House. Timing!

As Tiffany wrote on Instagram at the time, “It has been an honor to celebrate many milestones, historic occasions and create memories with my family here at the White House, none more special than my engagement to my amazing fiancé Michael! Feeling blessed and excited for the next chapter!” Boulos seemed thrilled to be sharing his life with his fiance, writing in his own post, “Got engaged to the love of my life! Looking forward to our next chapter together.” Tiffany’s mother Marla Maples (one of Trump’s two ex-wives) congratulated her daughter on her respective Instagram story as well. “Celebrating God’s endless blessing of love. May God’s blessings & love always light your path. Love you so much, mom,” she wrote, per People.

Despite Tiffany’s seemingly happy relationship with Boulos, rumors are swirling about her rumored relationship with … someone else; a Secret Service agent while her father was in office. Keep reading for more details.

Tiffany Trump isn’t here for the gossip about her rumored relationship with a Secret Service agent while her father Donald Trump was president. She believes there is no truth to the claims, with a spokeswoman stating to The Washington Post, “This is nothing more than gossip and is simply not true. Tiffany’s experience with the Secret Service was entirely professional.”

How did this all begin? The claims are in the spotlight due to Washington Post reporter Carol Leonnig’s book out next week, “Zero Fail: The Rise and Fall of the Secret Service.” Although the book promises behind-the-scenes details of the agency, Leonnig reportedly writes about how two Trump family members were “inappropriately — and perhaps dangerously — close” to agents. Leonning writes, per WaPo, that Vanessa Trump, the ex-wife of Donald Trump Jr., “had gotten very close to one of the agents who had been assigned to her family.” And then, there’s Tiffany.

Leonnig alleges Tiffany developed a relationship with a Secret Service agent and “began spending an unusual amount of time alone” after a reported breakup. The author adds that security “became concerned at how close Tiffany appeared to be getting to the tall, dark and handsome agent.” The agent was “reassigned,” per People, but both he and Tiffany have said they didn’t have “an inappropriate relationship,” as the outlet added.

Tiffany hasn’t publicly commented as of this writing, but her spokesperson seemed pretty resolute.