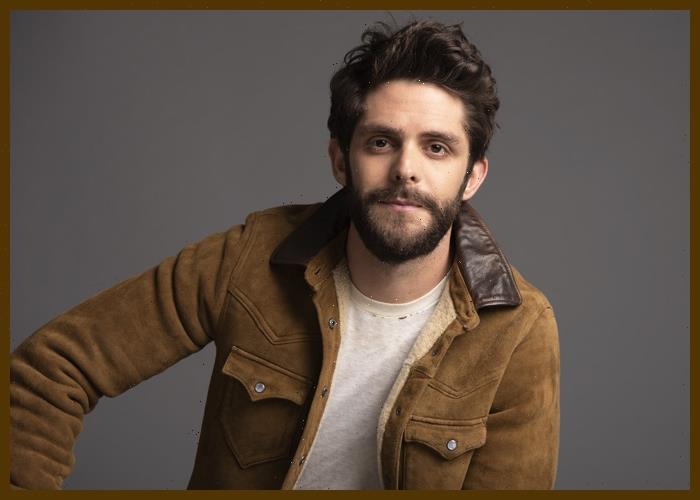 Thomas Rhett has teamed up with his father Rhett Akins for a collaboration, “Things Dads Do.” The song, released on Wednesday (June 16), pays tribute to Rhett’s daughters and commends the dad for teaching Thomas how to be a parent.

Rhett debuted the song for the first time live on the Grand Ole Opry stage earlier this month and told the audience that he was planning to release it as a Father’s Day duet with Akins.

“Things dads do / You’ll think it’s crazy until you’re one, too / And you’ll lose your mind / And a couple years’ sleep in just three months’ time,” Rhett sings in the chorus of the song. “And next thing you know, one’s five and one’s three / And one’s almost one and she’s cuttin’ her teeth / And you’re in his shoes / And you’re starting to / Do more than a few things dads do.”

Rhett and Akins co-wrote the track along with Matt Dragstrem and Chase McGill.

“This is probably my favorite song I’ve gotten to write with my dad.
I’ve learned so many life lessons from him, and it’s pretty wild to see so much of him in myself now that I’m a dad,” Rhett said in a press release.

He added, “It felt like we should go ahead to release it for all of y’all who have been asking since we wrote it and to celebrate all the dads out there!”