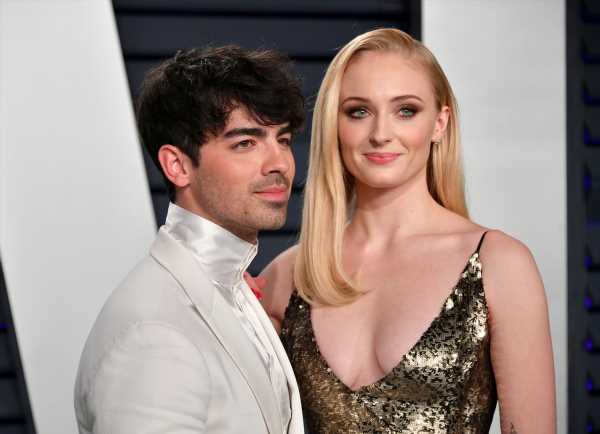 When it comes to Joe Jonas and Sophie Turner, there’s so much stan — and looking at tweets about Joe Jonas and Sophie Turner’s France wedding, their gorgeous marriage ceremony was no exception. For clarification, if you thought they already got married: well, you’re technically right! On May 2, 2019, right after the 2019 Billboard Music Awards, Turner and Jonas had what seemed to be an impromptu Las Vegas wedding. (The other two Jonas brothers, Khalid, and Dan+ Shay were guests. Diplo was the videographer, and Turner wore a swishy jumpsuit instead of your traditional white dress.) Turner and Jonas did apply for a marriage license in Clark County, Nevada, earlier that day, according to People. But the whole affair was still pretty off-the-cuff!

So, why two weddings? Well, according to People, the couple apparently had to get married in the States to make it legal here in the U.S. — not a bad reason to get hitched in Vegas, I guess!

Meanwhile, this French wedding has been in the works for awhile. Turner and Jonas got engaged in October 2017. Still, there wasn’t a peep about wedding planning until The Late Late Show host James Corden coaxed it out. Jonas told Corden in March 2019 that he and Turner were having a summer wedding. And an Instagram Story slip-up in November 2018 — involving a guest posting a picture of a box labeled "Sophie and Joe 2019 France" — helped fans put two and together: Summer in France it is, then.

Wedding festivities officially started kicking into high gear when Turner, Maisie Williams, and squad flew to Benidorm, Spain, earlier in June and got wiggy with it on her bachelorette party. Meanwhile, the Jonas Brothers turned up in Ibiza around the same time for his bachelor party, and they recently told Jimmy Fallon on The Tonight Show that they got the cops called on them three times during the festivities. Things cooled off, and a week or so before the wedding, fans were gifted with smoldering, flirty pics of Turner and Jonas in front of the Eiffel Tower.

And now, the big day has finally happened, with the nuptials taking place on June 29 at the Château de Tourreau in Sarrians, France. According to People, celebrities in attendance included all of the Jonas Brothers (that means little brother Frankie, too), sister-in-laws Priyanka Chopra and Danielle Jonas, Game of Thrones star Maisie Williams, and supermodel Ashley Graham. Here’s what Turner and Jonas stans had to say about their faves’ wedding — from the looks, the ceremony, to how damn cute this power couple is, of course.

Fans on Twitter couldn’t help but gush over the festivities.

The wedding seemed like the perfect new beginning for the couple, who announced their engagement back on Oct. 15, 2017. They both shared the same Instagram photo of Turner’s hand with a shiny, double-band engagement ring on her left ring finger. Her caption read "I said yes," and his read "She said yes." So simple and perfect. The couple was first rumored to be dating back in 2016 after they were reportedly spotted together taking in a Kings of Leon concert in the Netherlands.

Turner and Jonas are constantly giving fans content that, for one, makes them a fan fave couple. And secondly, Turner and Jonas really make you believe in young love and the beauty of making it all work.