At a time when we were coming out of quarantine, HBO’s The White Lotus, enwrapped with its murder mystery and imperfect, looney people, just made us want to go to Hawaii. Even if we were booked in the wrong room, and everyone around us was ticking us off.

Mike White’s opus about class divide, abuse of privilege and late middle age melancholy in paradise scored 20 Emmy nominations, the second most for any show this year after HBO’s Succession (25) and tied with AppleTV+’s Ted Lasso. White alone is up for three Emmys including directing, writing and Outstanding Limited or Anthology Series.

“What I wanted to do originally was a show about a couple on a honeymoon,” said White about his first draft of the project, “You don’t know the person until they’re in this situation (on vacation).” 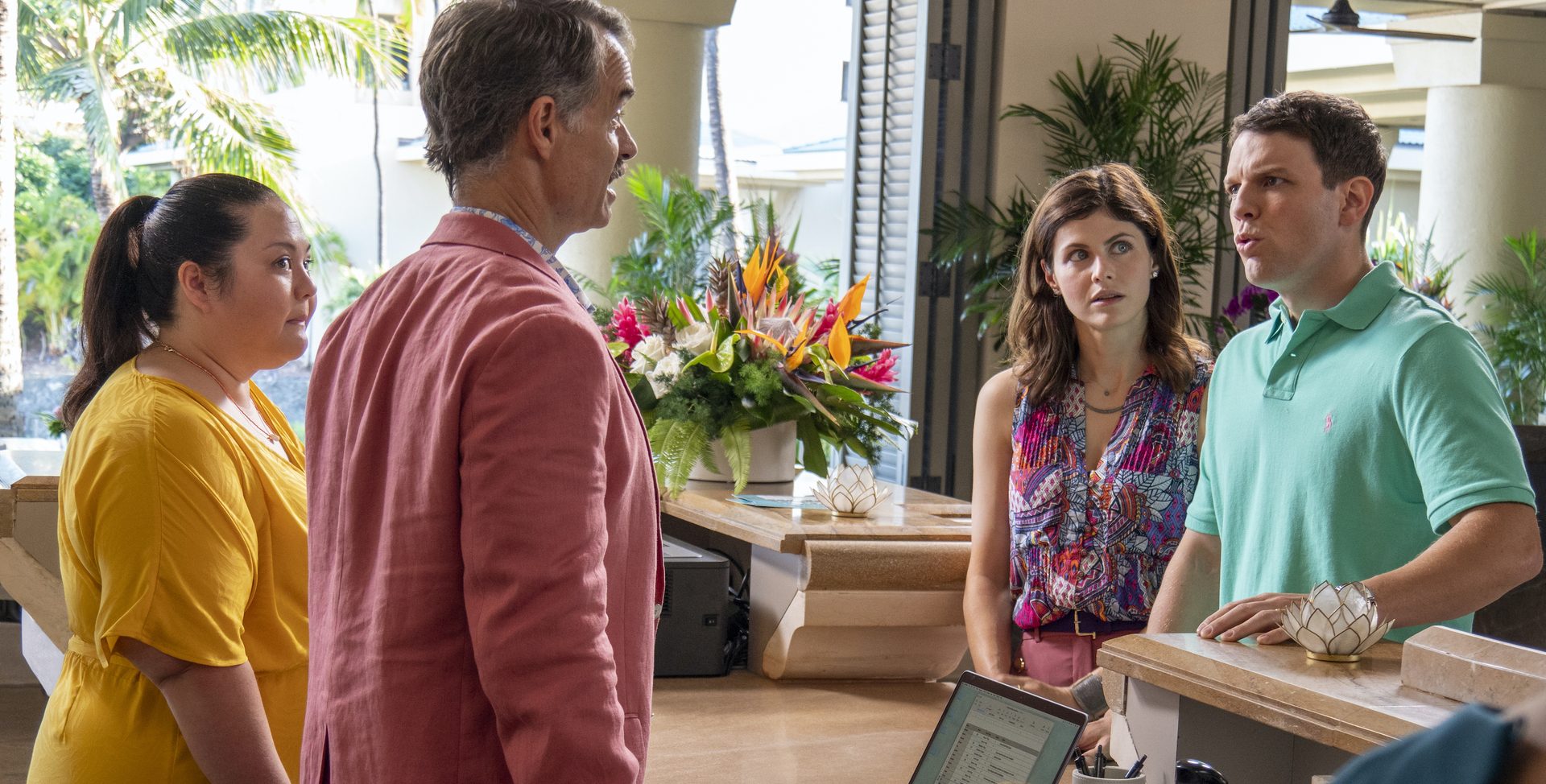 He also sought to explore “how money impacts even intimate relationships; the idea built out to the rest of the storylines. Who has the money can impact every kind of relationship from employees to guests.”

In season 2, White promises “a new mystery” just like the string that pulled us along from the get-go of episode one (a coffin boarding a plane) and we see a further “evolution” of Emmy nominated Jennifer Coolidge’s ritzy frazzled character Tanya McQuoid, who was dealing with her mother’s ashes in season one and being lovelorn. As we’ve seen from an HBO teaser, her beau, who she met in Hawaii, Greg (Jon Gries) will be with her at White Lotus’ season 2 resort in Sicily. Season 2 happens this October. Tanya is also travelling with her young employee, Portia played by Haley Lu Richardson. The series shot at the San Domenico Palace, Taormina, a Four Seasons Hotel. 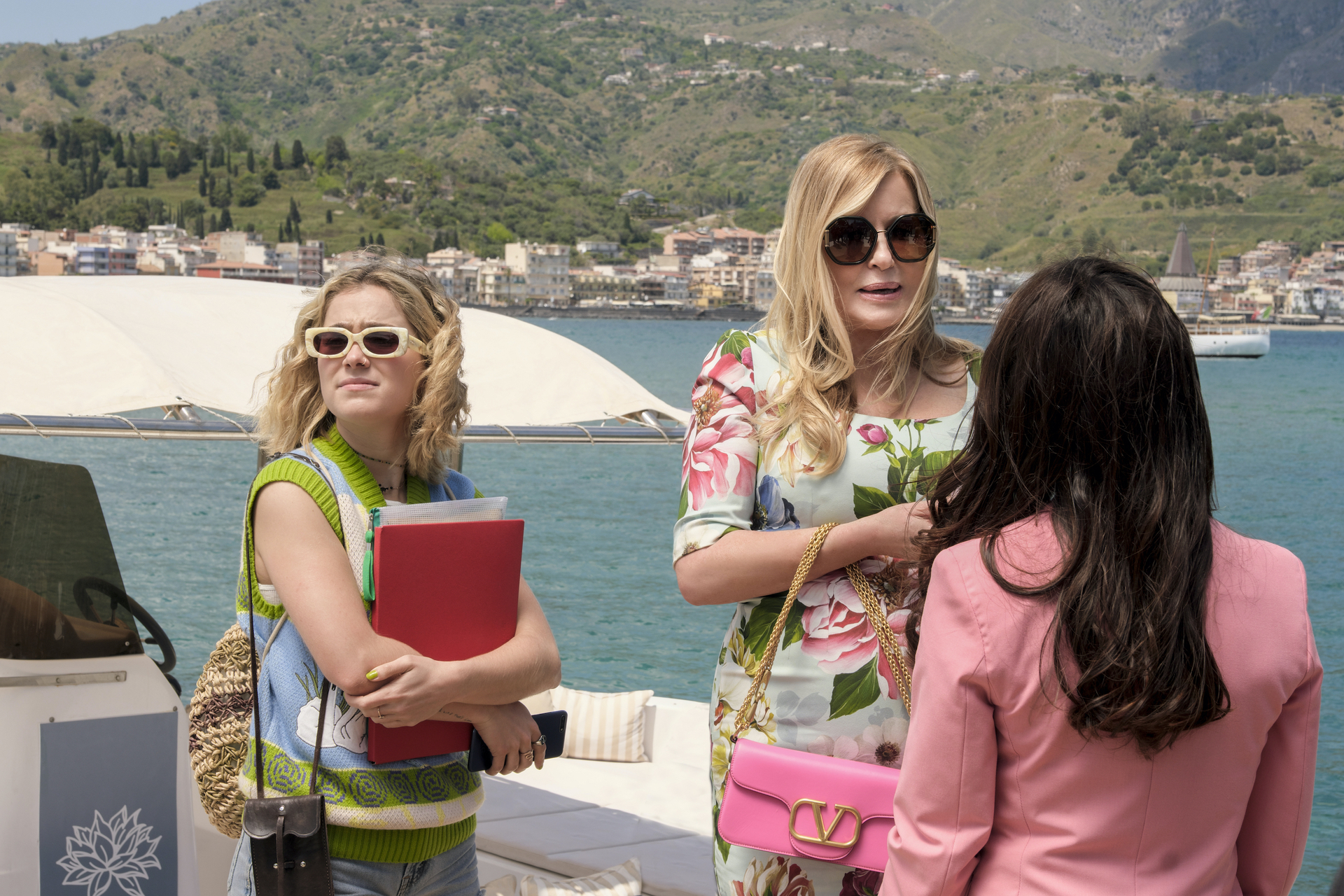 Adds White about season 2, “It definitely feels like White Lotus; the theme is different. It’s not about power dynamics, more men and women and sexual politics.”

When we spoke with the Emmy nominated cast back in July, they revealed that White had teased them about their potential return in subsequent seasons.

“Shane and I would be on a boat, talking about other people, annoying everyone around us,” Alexandra Daddario, who’s up for Supporting Actress in a Limited Series, told us. “Mike’s brain is always working. That’s the whole thing with his commentary on the world around him: He’s always observing.”

Jake Lacy, who is nominated for Supporting Actor, said, “Mike texted Alex and I with this idea for an episode where the two of us are talking for a half hour; it’s just the banality of rich people on a boat.”

Says White about all that: “Definitely, it would be really fun to take a character or couple of characters from the first season and have them come into the third season. That’s something I’m trying to figure out.”

Here’s our chat with White: