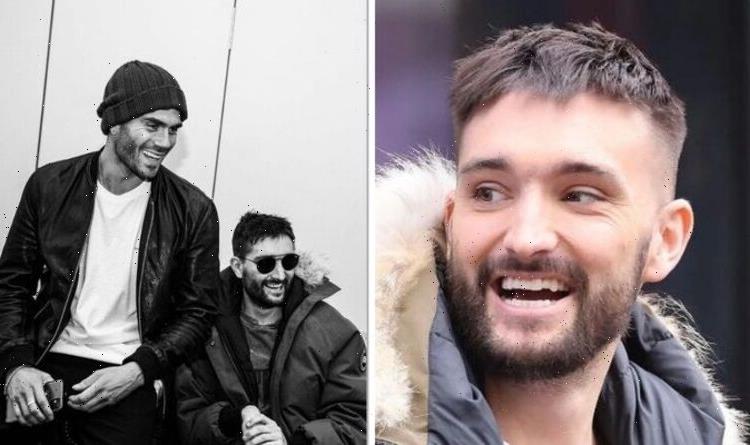 Tom Parker, 33, was praised in his The Wanted bandmate and close friend Max George’s candid Instagram post, amid the star’s battle with cancer. Max also said he was excited for the band’s upcoming tour date in Liverpool.

Max said that the last few weeks have been “epic”.

He wrote: “It’s been an epic few weeks… One last show my boy…

“You are a true hero mate. Can’t wait for the next tour with you… Liverpool… Can you hear us???!”

Fans and followers were quick to jump on the star’s comments to send their well wishes to Tom.

Claramrinho said: “Next TOUR?? NEXT TOUR!!!”

Opsmels wrote: “WE CANT WAIT TO SEE YOU.”

Patriciapaola said: “What a fighter our Tom is, a true inspiration, we love you Tom Parker.”

Kirstlyoung penned: “The most amazing few weeks of shows! Go out with a bang and please come back soon! Lots of love.”

The Wanted first formed in 2009, and have since sold two million singles in the UK.

In October 2020, Tom Parker announced he had been diagnosed with an inoperable brain tumour.

The star has been keeping concerned fans up to date with his health via Instagram ever since.

He also recently filmed a documentary called Inside My Head.

The documentary showed viewers what life is like when living through a condition such as Glioblastoma.

On March 9, Tom explained why he had missed the first two shows of the band’s reunion tour, while he was receiving treatment in Spain.

He wrote: “So, as most of you know, I’ve been out in Spain on a treatment programme for the past couple of weeks.

“It was only meant to last 20 days but, due to a couple of logistical changes with tests and results, it won’t be complete until the end of the week now which has delayed our journey home.

“I’m obviously gutted that I’ll be missing the first few shows but as I’m sure you will understand, I have to complete my treatment cycle.

“I’ve been zooming into rehearsals all week and I know that the show will be incredible and that my boys will hold the fort until I’m back.

“Can’t wait to see you all very soon, hope you all enjoy the show.”