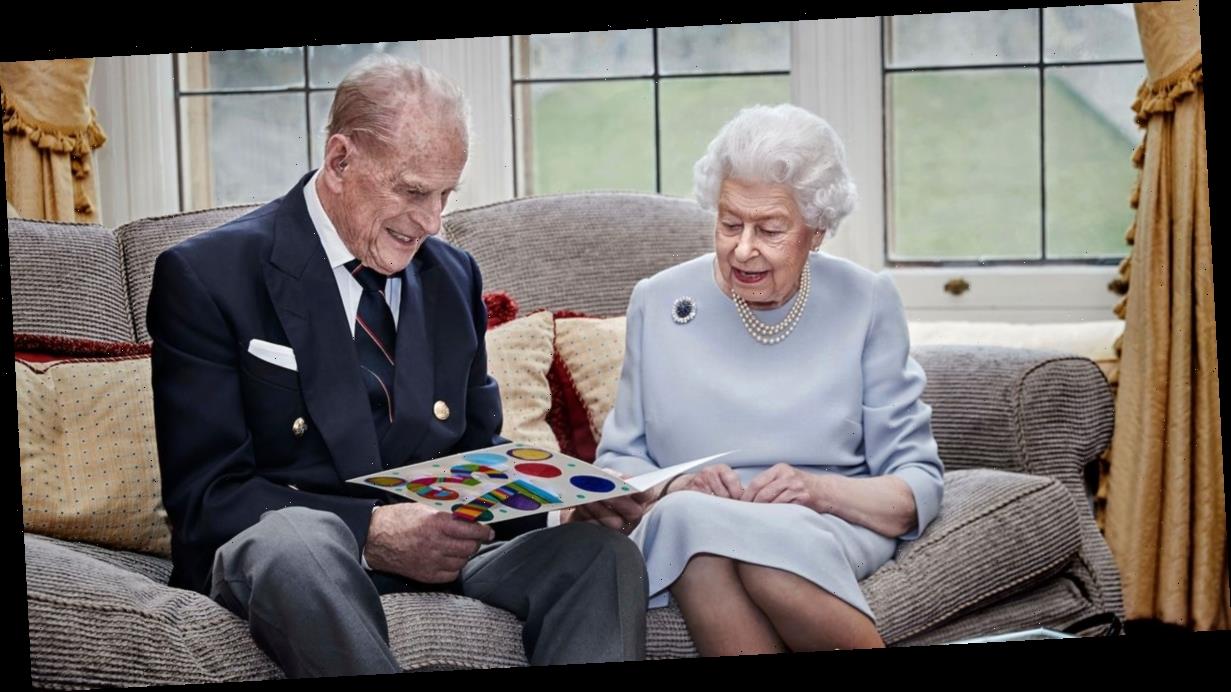 The Queen and Prince Philip have been photographed with massive smiles plastered across their faces as they read an anniversary card made by their great-grandchildren.

In a new photo shared by Buckingham Palace today to mark Her Majesty, 94, and the 99 year old Duke of Edinburgh's 73rd wedding anniversary, the pair could be seen looking proud as they held up the colourful card.

Prince George, seven, Princess Charlotte, five, and two year old Prince Louis worked together to draw dots on the front alongside a giant 73, which was filled in with striped colours.

Kate Middleton, who recently showcased her gorgeous caramel-coloured hair, and Prince William's children have been unable to see their great-grandparents amid the ongoing coronavirus pandemic.

As such, the card was delivered to the monarch, who has been staying in Windsor Castle with her husband.

The gorgeous photo of the pair, which was taken by Getty Images' royal photographer Chris Jackson, sees the Queen and Philip sitting on a plush grey couch in the Oak Room.

The Queen, who is opening part of Windsor Castle for the first time in 40 years for visitors, looked lovely as she wore a long-sleeved light blue dress.

In a sweet tribute to celebrate the occasion, she teamed the look with the same sapphire and diamond brooch she had on for the pair's honeymoon photoshoot back in 1947.

Prince Philip also dressed up for the special day as he wore a pair of grey trousers underneath a crisp white shirt with a striped navy tie alongside a navy blazer.

The sweet snap was posted on the official Royal Family Twitter page, which was captioned: "The Queen and The Duke of Edinburgh look at an anniversary card made by Prince George, Princess Charlotte and Prince Louis, alongside other cards and letters sent by well-wishers to celebrate their 73rd wedding anniversary tomorrow."

Fans gushed over the royal pair as one person wrote: "Beautiful photo, two loving great grandparents, feeling the love from the children! Enjoy your anniversary and thank you both for your dedication. Xxxx".

Another commented: "Nothing better than handmade presents from kids. You can feel all the love in every bit of glue and glitter," while a third added: "God Bless them Happy Anniversary to a wonderful couple. Thank you for your service to our nation. Wishing you both many more years of happiness together xx".