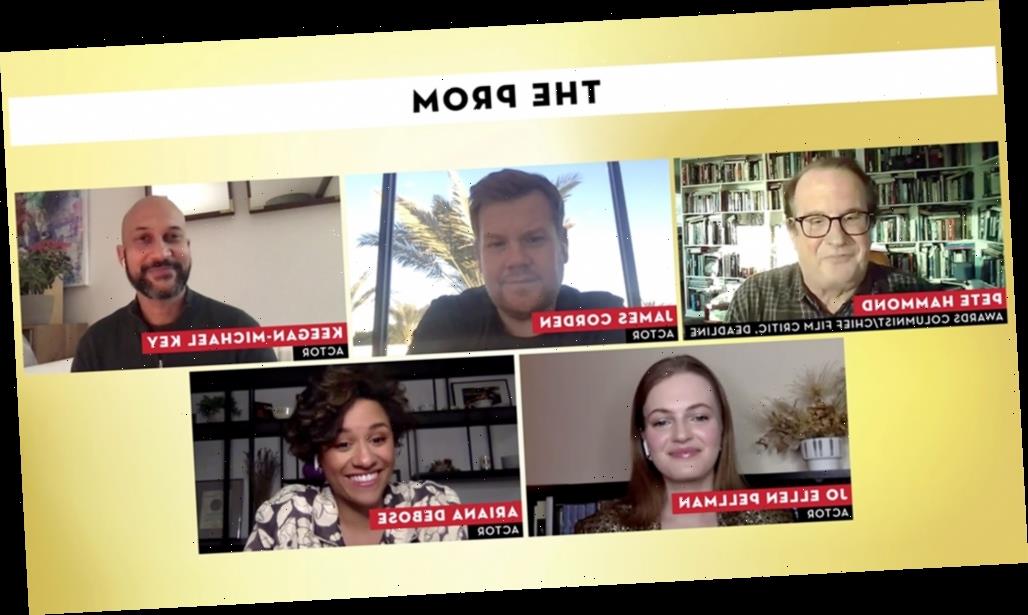 When director Ryan Murphy saw the musical The Prom on Broadway a couple of years ago right after it opened, he quickly scooped up the rights, took it to Netflix where he has a deal, and got a film version in motion in record time with an all-star cast including Meryl Streep, Nicole Kidman and Kerry Washington. It is an old-fashioned musical comedy in the best sense (Murphy wanted to channel Singin’ in the Rain as a template), but with a relevant contemporary story about a small-town Indiana high school student barred from the prom because she wanted to bring her girlfriend as her date.

The impressive cast lined up quickly to be part of it. Four of them — Jo Ellen Pellman, James Corden, Keegan-Michael Key and Ariana DeBose — joined Deadline for the film’s panel at the Contenders Film awards season event to talk about why.

“It was a joy from start to finish. I have never been around a group of actors and felt so privileged to be in the company of such creativity,” says Corden, who plays the key role of Broadway actor Barry Glickman, adding that the opening number (in which the streets of Broadway were re-created in downtown Los Angeles) was awe-inspiring and unlike anything he had been part of before. “Most sketches we do on The Late Late Show cost around $7.50 and we are shooting them out of the back of the commissary kitchen. This was a huge, big-budget look, but then Meryl and Nicole come on set and say, ‘Oh my God,” and they do know about [big movies]. … Ryan has painted this all on a big canvas. but at its core it is very personal, very moving, and very real.”

Key, who plays the high school principal Mr. Hawkins, notes it is not the typical role he is offered and was grateful — plus he has a romantic interest in Streep’s character. “As an up-and-comer that Meryl girl is going places. It was nice for Ryan to give me a chance, but to give her one too is great,“ he says, laughing.

Actually getting her big break was newcomer Pellman as Emma, the high school student at the center of the story about a group of publicity-starved Broadway actors looking for some good PR who invade this small town to help her cause. “I was so nervous on the inside, especially on the first day of shooting. I saw our whole cast sitting around talking to each other. Then Meryl taps the seat next to her and says, ‘Come talk to me,’ ” she says about being welcomed in.

DeBose, who plays Emma’s girlfriend Alyssa, sums up the significance of the human story The Prom tells within the framework of a big-scale musical. “This is about two girls who fall in love, and be in love, and fight for their love, and it’s normalized, “she says. “The happy ending is possible; you find acceptance is possible.”