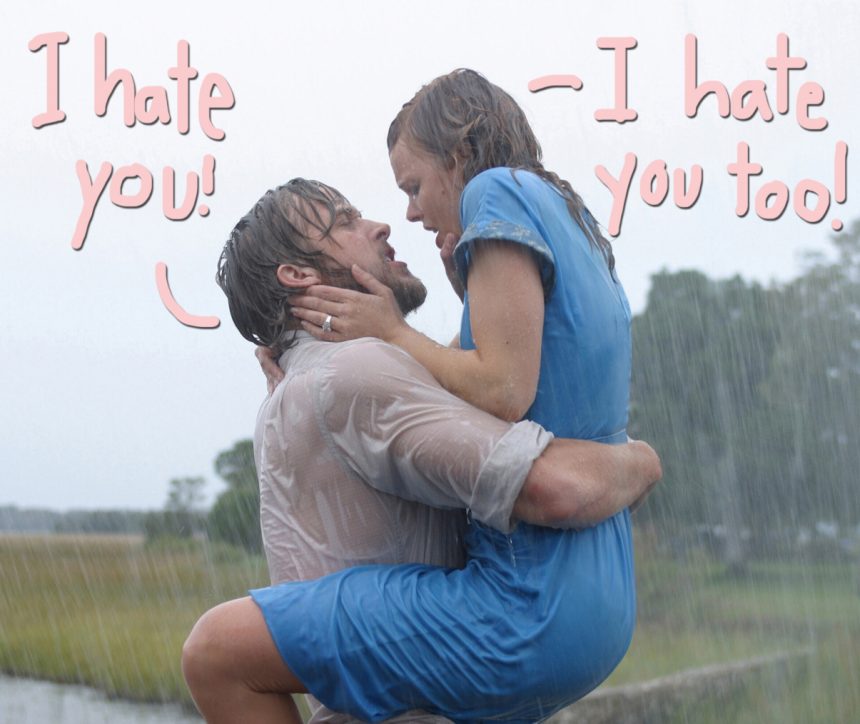 Can you believe it’s the 15th anniversary of The Notebook??

The classic romance adaptation that made us all fall in love with Ryan Gosling and Rachel McAdams came out way back on June 25, 2004.

So what better time than to relay our favorite not-so-fun fact about the filming?

We all know Ryan and Rachel dated in real life after meeting on the movie — that chemistry was real, y’all! — but did you know they kind of HATED one another, too??

Apparently they had sort of a love/hate thing going?

Director Nick Cassavetes spilled the tea from behind the scenes of The Notebook about how one day Ryan flat-out refused to shoot with his future girlfriend. He told VH1:

“Maybe I’m not supposed to tell this story, but they were really not getting along one day on set. Really not. And Ryan came to me, and there’s 150 people standing in this big scene, and he says, ‘Nick come here.’ And he’s doing a scene with Rachel and he says, ‘Would you take her out of here and bring in another actor to read off camera with me?’ I said, ‘What?’ He says, ‘I can’t. I can’t do it with her. I’m just not getting anything from this.’”

“I’m just not getting anything from this”??

Wow. To think, they dated after he said that. 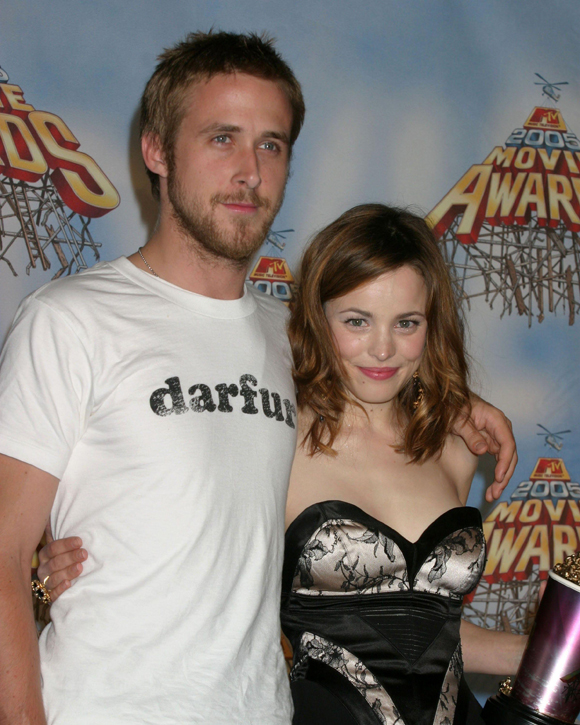 Or maybe they were dating at the time, and it was really some kind of lover’s spat they were keeping on the DL from their director?

Neither has ever commented on the story, so we guess it’ll just have to remain a secret.

BTW, Ryan and Rachel weren’t the only stars to refuse to shoot together.

Ch-ch-check out some other infamous feuds from the history of TV and movies (below)! 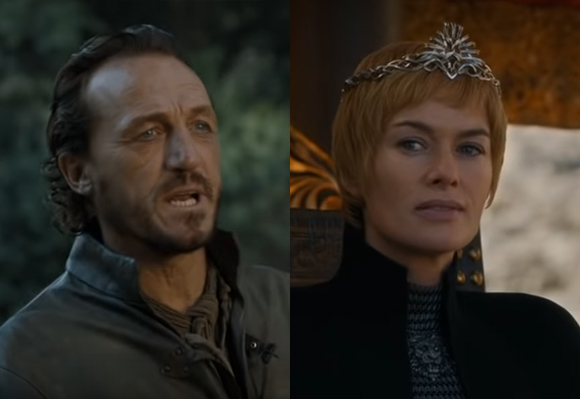 According to a tea-spilling Game Of Thrones crew member, Queen Cersei and Ser Bronn of the Blackwater are never in scenes together because the stars won’t even be in the same room!

Believe it or not, the two characters have never exchanged a word on the show, and have only ever been in the same shot once in a scene — without even looking at one another. 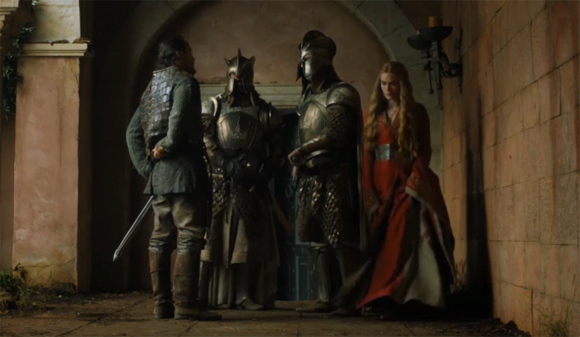 Fans will remember in the Season 7 finale Bronn leaves to “have a drink while the fancy folks talk.” And in Season 8, Episode 1 Cersei hires Bronn — but she sends her right hand man Qyburn to speak to him.

Rumor has it the actors, who briefly date IRL in 2002, had such a contentious breakup they now have to be kept apart at all costs.

We don’t know what they did to one another, but if they’re willing to make an entire TV production plan around them it must have been BAD.

The Rock and Vin Diesel 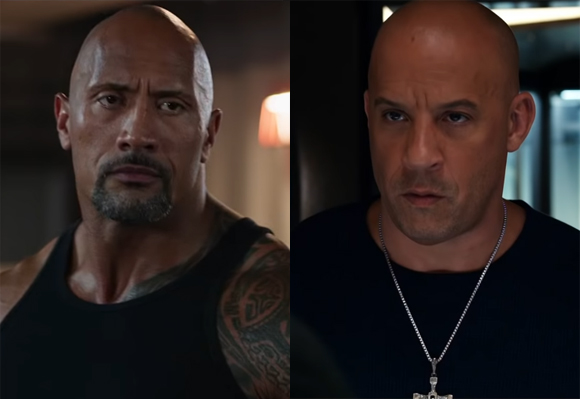 From their first meeting in Fast Five, Dominic Toretto and Luke Hobbs were on opposite sides of the law — but it turned out that animosity extended beyond the screen.

During the filming of the eighth movie in the Fast and Furious franchise, The Rock posted on social media about dealing with a “candy ass” on set.

It quickly became clear which costar he was talking about. Vin Diesel may have copped to the feud — but never to the initial reason.

The closest we got was Johnson going on the record to Rolling Stone:

“Vin and I had a few discussions, including an important face-to-face in my trailer. And what I came to realize is that we have a fundamental difference in philosophies on how we approach moviemaking and collaborating. It took me some time, but I’m grateful for that clarity. Whether we work together again or not.”

The result of all of this seems to have been the delay of FF 9, with The Rock’s spinoff with Jason Statham, Hobbs And Show, being pushed into production next — much to the chagrin of Tyrese Gibson, who started his own beef over the need to get paid on another of these films.

We doubt if The Rock will even return to the franchise proper, especially now that Vin has announced his wrestling rival John Cena is joining the next installment.

He finished his statement to RS:

“Right now I’m concentrating on making the spinoff as good as it can be. But I wish him all the best, and I harbor no ill will there, just because of the clarity we have… Actually, you can erase that last part about ‘no ill will.’ We’ll just keep it with the clarity.” 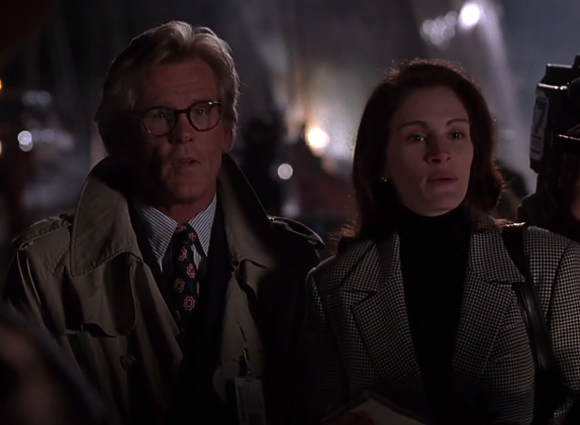 I Love Trouble is largely forgotten, but the feud at its center will live in Hollywood infamy.

The 1994 film, about two reporters facing down danger to uncover a major crime, was meant to evoke the screwball romantic comedies of the 1940s, with Roberts and Nolte playing hated rivals who end up teaming up and then falling in love.

However the enmity between the two stars was all too real.

According to Julia, her costar was abrasive and threw tantrums on set — and she did everything she could to stay away. Eventually despite their onscreen romance, the two had to be filmed separately with stand-ins!

“It’s not nice to call someone ‘disgusting.’ But she’s not a nice person. Everyone knows that.” 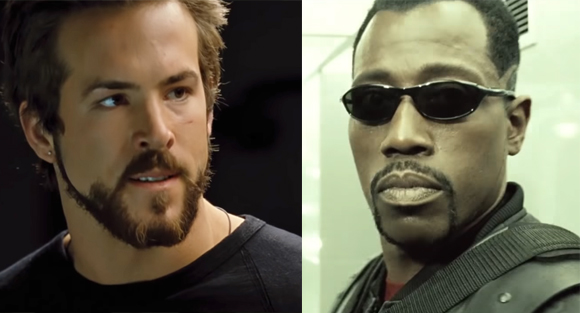 For those of you who don’t even remember Blade: Trinity, let us take you back to a time before Marvel Studios had nailed the comic book movie formula.

By 2004, he had gotten a bit… difficult, from what we’ve heard. He reportedly stayed in character and would only communicate to the director via notes signed “Blade.”

Long before he was playing Deadpool, he was always basically Deadpool.

He was an action hero in the making who couldn’t help himself from improvising and cracking wise on set, ad-libbing in his own jokes.

Reynolds may get paid the big bucks to do just that these days, but it was something Snipes supposedly couldn’t take.

Word is, he would only come to set for his closeups for scenes with Ryan, leaving him to film everything else by himself or with a stand-in. 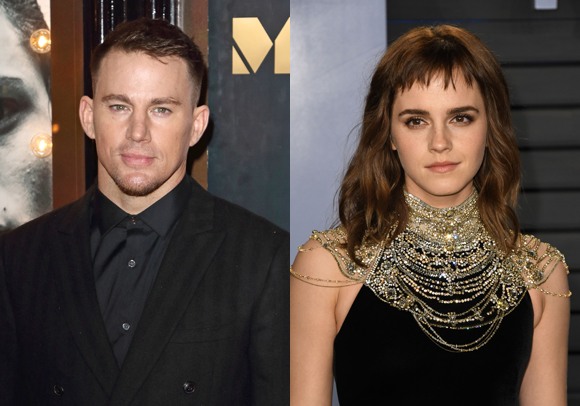 Both stars made appearances in Seth Rogen‘s star-studded apocalypse comedy This Is The End — but their cameos originally overlapped!

Towards the end of the film, Channing Tatum appears in a gimp mask as the sex toy of Danny McBride.

Apparently Emma Watson was supposed to be in that scene, too. But she looked around at what was happening, and it was just too much.

Of course, most of the wild debauchery was in the script — but according to an extra, Channing breakdancing in his leather sex mask made her walk off set and call her agent.

Costar James Franco pretty much confirmed the story later, though he graciously never mentioned Emma by name, telling the story to Interview magazine:

“This actress — I won’t say who, but she had a smaller role in the film — walked off the movie in the middle of a scene. What was going on around her was, I guess, too extreme for her…And she said, ‘Yeah, I’ve got to leave.’”

We understand saying no to that kind of a scene when you’ve got a squeaky clean Hermione image you want to protect — but why agree to a script with a giant devil penis and an impaled Michael Cera (separate scenes, LOLz!) in the first place?? 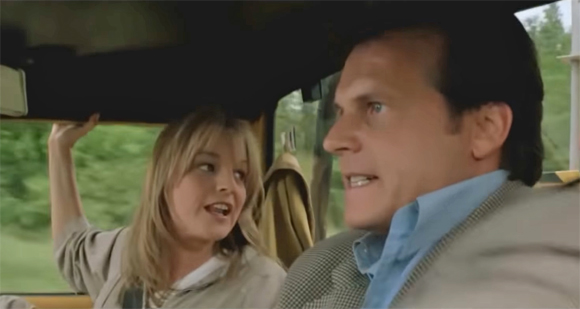 This one you’d never be able to tell by the movie — because it technically wasn’t in the movie.

Twister was one of the first modern disaster movies and still one of the biggest hits.

And at the center of the 1996 flick was a His Girl Friday-style love story about two divorced meteorologists played wonderfully by Helen Hunt and Bill Paxton.

But things on set didn’t have quite so happy an ending.

Rumors flew at the time the stars didn’t get along behind the scenes — which couldn’t have been helped by the fact Hunt hated shooting the movie altogether.

Years later she described the “nightmare” to Huffington Post, saying:

“They didn’t paint in the hail with the computer. They made a hail machine and dropped giant balls of ice on us. I mean, it was crazy… They had firehoses pointed at us, and you couldn’t hear anything, which is not the safest way to make a movie, so I was really happy to make it through in one piece.”

We’re not sure how Bill Paxton made it worse, but the two apparently did NOT get along.

But Helen Hunt has been an actress since she was a child, and she was a professional and did her job… until they decided to make a ride.

The Twister… Ride It Out ride was a mainstay at Universal Studios in Orlando for 17 years.

If you rode, you probably remember the filmed bits before the ride began, in which Helen and Bill warned you about the power of wind — only they didn’t do it together.

Yep, the stars acknowledge one another on different TV screens, and this wasn’t done to make use of the space.

No, the stars reportedly wouldn’t even film the brief scripted interaction together and had to be shot separately.