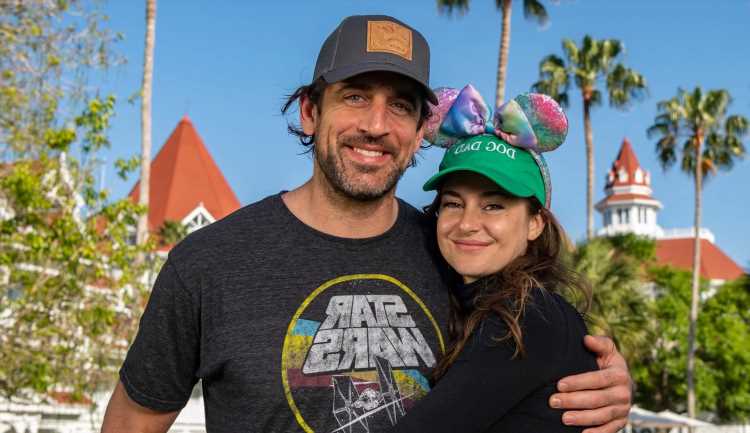 Shailene Woodley and Aaron Rodgers went to Disney World earlier this month and now official photos from their vacation have been released!

The engaged couple even participated in a Walt Disney World Minute interview during their vacation, in which they shared their favorite things about the theme park.

Shailene was asked to name one thing that always makes her smile and she said, “This guy. You’re so cute.” When asked how she unwinds after a long day, she said, “Personally, I like a bath, maybe a good glass of wine.”

Aaron responded to that question and said, “I was gonna say cuddle time. But since she went with her own thing, I’m gonna say Jeopardy! and a glass of scotch.”

The couple was asked about the Disney songs they sing on repeat and they revealed they listen to The Lion King and Aladdin a lot. Watch the full video below!

Check out photos of the couple on the beach last week.