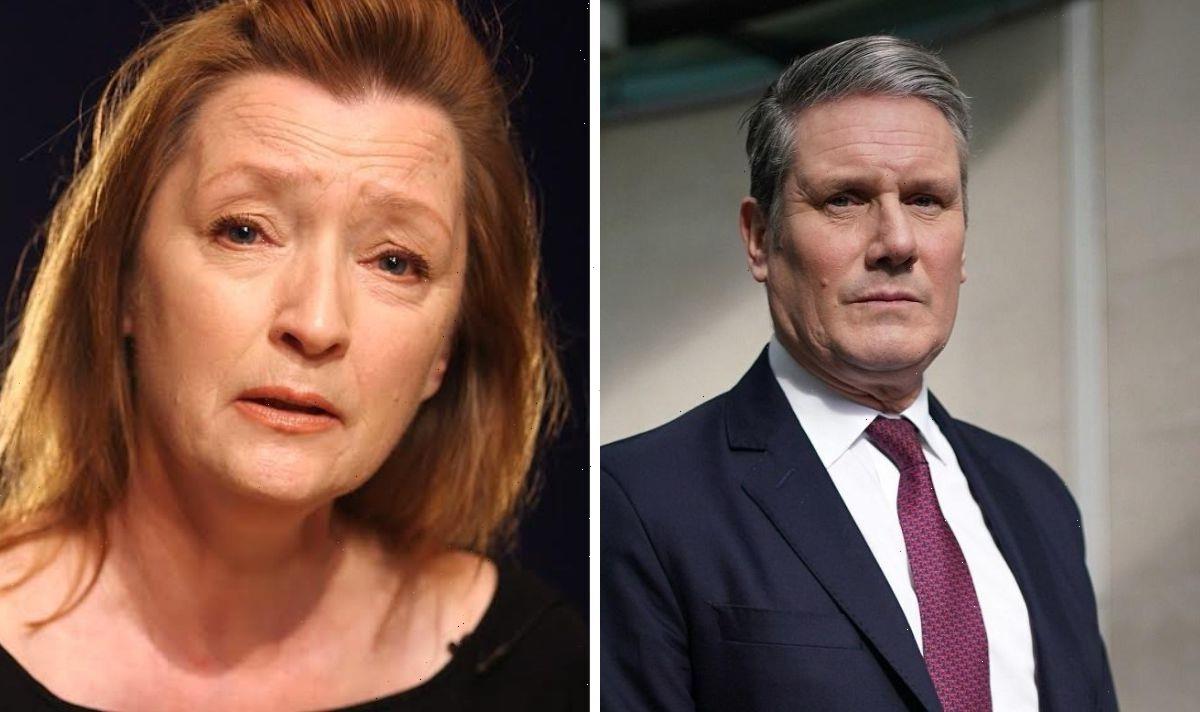 The Crown actress Lesley Manville, 66, has spoken up about her experience and understanding of modern-day politics and the current issues faced by Labour supporters. The star explained that she was deeply involved in political writing in her early twenties.

Lesley feels political discourse in the 21st century is more “sugar-coated” than it was when she was younger.

She added that she had memories of reporting and researching the miners’ strike in the ’80s and didn’t enjoy the “physical vulnerability” of the situation.

When asked if politics has changed since then, she responded that people were once much more vocal.

The actress said: “Everything now seems very sugar-coated, and it felt that it wasn’t then.

“Politics then felt a lot more raw. And people were much more vocal.

“I know people are becoming more vocal now, out of absolute, desperate necessity to be, but then I just think the divide was much simpler…”

Weighing in on the Labour Party, fronted by Sir Keir Starmer, she declared: “The majority of Labour supporters now are in this kind of no man’s land, and I think it was just much clearer back in the 80s.”

The star, speaking to Radio Times, discussed the background story behind the show.

The series, based on a true story, covers how the incidents led to one of the largest manhunts in British history.

The story takes place three decades after the miners’ strike.

Lesley recalls her experiences of the event the story is loosely based on, of two unconnected murders in Sherwood Forest in 2004.

She said she “vaguely remembered” the manhunt which involved the Metropolitan Police searching the forest.

She spoke highly of his ability to “carefully” and “cleverly” weave his auto-biographical history with real-life events.

The stage performer, who portrayed Princess Margaret in season five of Netflix hit The Crown, was appointed a CBE in 2021 for services to drama and charity.

She starred in the 2017 period film Phantom Thread, playing Cyril Woodcock, the sister of Reynolds Woodcock, played by Daniel Day-Lewis.

Lesley was nominated for the BAFTA for best supporting actress.