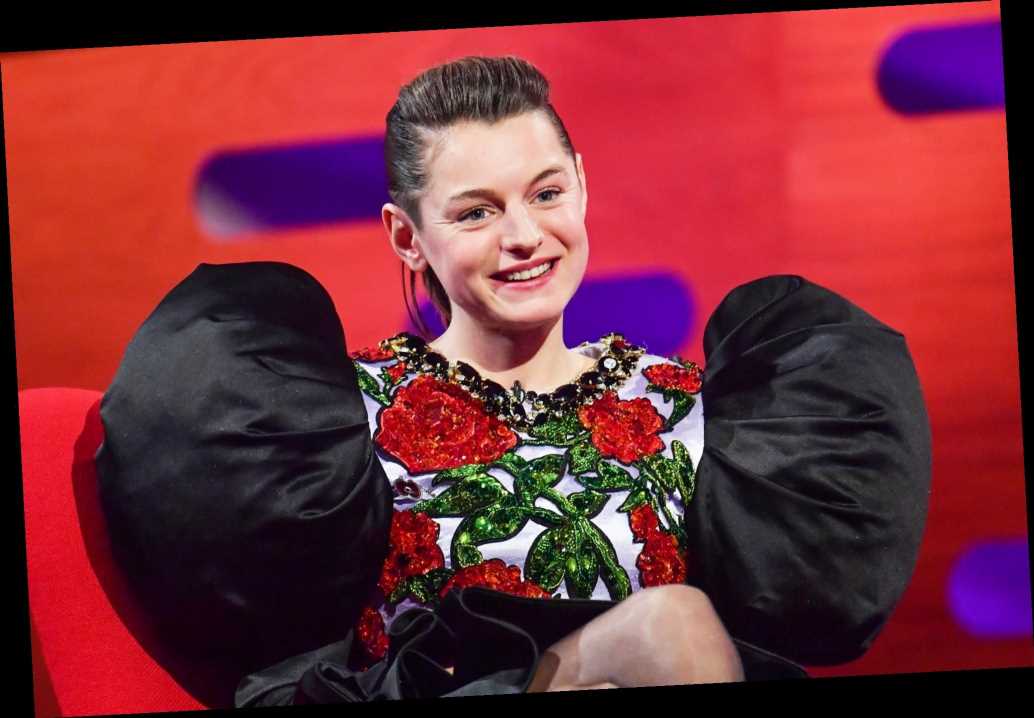 The Crown's Princess Diana is getting her own taste of life in the spotlight.

Emma Corrin appeared on the Graham Norton Show (airing Friday in the U.K.) alongside costar Josh O'Connor, who plays Prince Charles in the Netflix drama, ahead of the show's season 4 premiere on November 15. The actress, 24, is now getting attention from paparazzi — just like Princess Diana dealt with.

"I have been papped outside my house, and I never see the photographers," Corrin said. "It is terrifying and weird."

Princess Diana died in a Paris car crash at age 36 while reportedly being chased by paparazzi.

While The Crown's new addition is being recognized by the media, it has taken longer for fans to catch on to seeing the actress in public. Corrin recalled going up to the theater with Helena Bonham Carter, who plays Princess Margaret.

"So many people came up to her and tapped her on the shoulder to say how much they loved her work, and of course nobody knew who I was," she recalled. Corrin then spoke of her first fan encounter — at least, that's what she thought: "I then went to the theatre that evening with a friend and a person tapped me on the shoulder, and I thought, 'Oh my god, this is my moment,' but she had only come over to tell me I had a label coming out of my jumper. It was so bad!" "She was so adored and because there is this sense from everyone almost of ownership, like they knew her, so I went into it with a huge sense of pressure," the actress said.

Corrin previously told The Sunday Times that she hopes to make Princess Diana "proud" with her portrayal.

"I know that's strange and cheesy, but I feel like I know her," she said.