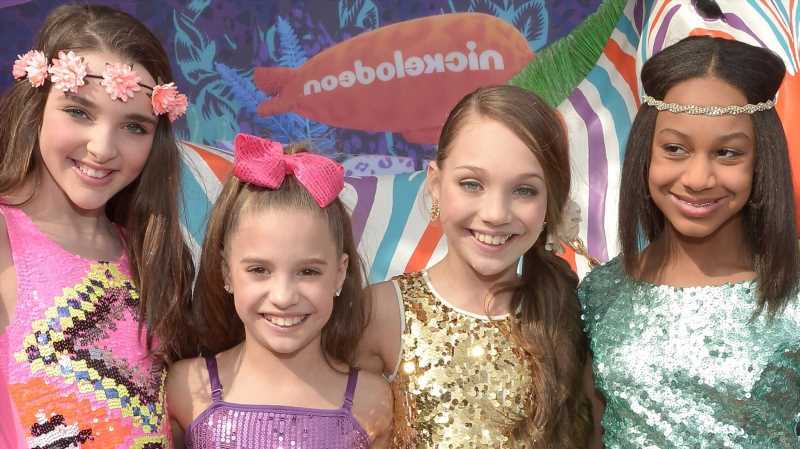 It’s been a full decade since “Dance Moms” premiered on Lifetime, introducing us to pint-sized rising stars like Maddie Ziegler and Chloe Lukasiak. The series was filled with drama from day one as the moms repeatedly clashed with notoriously tough dance coach Abby Lee Miller and one another.

In the early days of “Dance Moms,” the scandals were fairly minor compared to what came a few years later once the show had taken off. For example, some of the moms accused Abby of privately prepping Maddie to perform a solo without her music and giving the competition a scratched CD, so her favorite student could shine as a seasoned pro who didn’t miss a beat of her dance — even when there was a music mishap (via YouTube).

And who could forget Jill Vertes’ unintentionally hilarious meltdown after a fight with Abby about her daughter Kendall’s costume? Wearing her signature cowboy hat, Jill threw shoes and shouted as the other moms looked on with amusement. “Jill’s throwing shoes and she’s cursing and all I’m thinking is, ‘You are so hard to take seriously wearing that hat,'” Christi Lukasiak observed in her confessional (via YouTube).

But starting in Season 4, OG team members began to leave the show and the following seasons saw a number of new dancers come and go. The drama increased when the show moved from Pittsburgh to Los Angeles and news broke that Abby was in trouble with the law (via Deadline).

Kelly Hyland and Abby Lee Miller had a long history. Before bringing her daughters Brooke and Paige to the ALDC, Kelly had trained there herself as a young teen. The two frequently clashed and Abby was especially hard on Paige. For example, after Kelly failed to put stoppers on a chair for Paige’s solo, Abby threw the chair in her student’s direction (via International Business Times), which was shown in Season 2.

But things really came to a head early in Season 4 when the team was in New York City for a competition. Besties Paige and Chloe were thrilled to get a duet together; it was a rare occurrence because Abby typically paired Maddie and Chloe, her two top dancers, as duet partners. They performed beautifully, but Christi and Kelly were furious when Abby quashed their chances of winning by adding a duet performed by Maddie and Kalani Hillker.

Kelly and Abby’s argument became the most heated in “Dance Moms” history and it turned physical, complete with slapping and hair pulling. Kelly left with Brooke and Paige, but Abby called the police and Kelly was eventually arrested for assault — although the charges were later dismissed (via New York Daily News).

The legal drama didn’t stop there. A lawsuit was filed against Abby on behalf of Paige (via Life & Style), alleging that Abby’s treatment toward her caused Paige “emotional distress.” This lawsuit was also dismissed.

In 2015, news broke that Abby was under investigation for bankruptcy fraud. She was indicted that year and pleaded guilty in June 2016, as reported by ABC News.

By this point, Abby was mostly filming in Los Angeles at her new studio. The team had also changed — Brooke and Paige left after the altercation in New York, and Chloe didn’t return for Season 5 after Abby reportedly mocked her physical appearance during a fight with Christi at nationals (via CheatSheet). As a result, new additions to the team were brought in (and often kicked out).

Filming continued even as reports continued to emerge about Abby’s legal situation, and the moms were shown discussing the issue as the cameras rolled. Abby’s behavior became increasingly erratic and bizarre. As fans likely remember, she often appeared to be in denial about her legal woes when the moms tried to broach the topic and frequently failed to show up for work or answer her phone.

In May 2017, Abby was sentenced to one year and one day in prison (via ABC News). After serving about eight months of her sentence, she was released to a halfway house, as reported by USA Today.

The Ziegler family's falling out with Abby

Abby consistently made clear that Maddie Ziegler was her favorite student and berated the other girls for not being more like her. She was also good friends with Maddie and Mackenzie’s mom, Melissa.

The Zieglers left “Dance Moms” in Season 6 to pursue other opportunities. Many viewers assumed that they’d keep in touch with Abby, but they ended up cutting ties for good — and it doesn’t seem like it was Abby’s choice. When Maddie released her memoir in 2017, Abby wasn’t mentioned once (per Radar Online).

Maddie also wrote about the stress of appearing on the show, proving that just because she was the favorite didn’t mean she had it easy. It’s worth noting that Maddie may have been spared Abby’s wrath, but the pressure of constantly being expected to win must take a toll on a child.

The outlet noted that Abby had previously stated she’s “disappointed” that her star student doesn’t keep in touch and she told Entertainment Tonight “that’s not the kid I raised” when discussing Maddie.

Melissa wrote in Cosmopolitan that the family left “Dance Moms” because her daughters didn’t want to appear on the show anymore. “They miss the girls but they don’t miss the drama,” she added. It appears they don’t miss Abby either.

Students spoke out about Abby's racist comments and behavior

As early as Season 1, Holly Frazier took issue with Abby consistently typecasting her daughter, Nia Sioux, the only Black dancer on the original team (via Lifetime).

In June 2020, details about how Abby treated her Black students emerged. As reported by E!, Adriana Smith, who appeared on Season 8 with her daughter Kamryn, spoke out after Abby participated in Blackout Tuesday on Instagram.

According to Smith, Miller said that Kamryn was only cast because she was Black — a statement her daughter overheard. “A statement from [Abby] that sticks in my mind to this day during my time of DMS8 is, ‘I know you grew up in the HOOD with only a box of 8 crayons, but I grew up in the Country Club with a box of 64 — don’t be stupid,'” Smith wrote.

Camille Bridges, who joined the show in Season 7 with her daughter Camryn, also said Abby treated Camryn differently because of her race. Abby tried to spin Camryn as being the poor one and there on scholarship. I shut that down immediately,” Camille wrote in a statement emailed to E!. “She loves appropriating our culture and never appreciating it. She did not give Black choreographers on the show acknowledgement of their work. She continuously put Camryn in afros.”