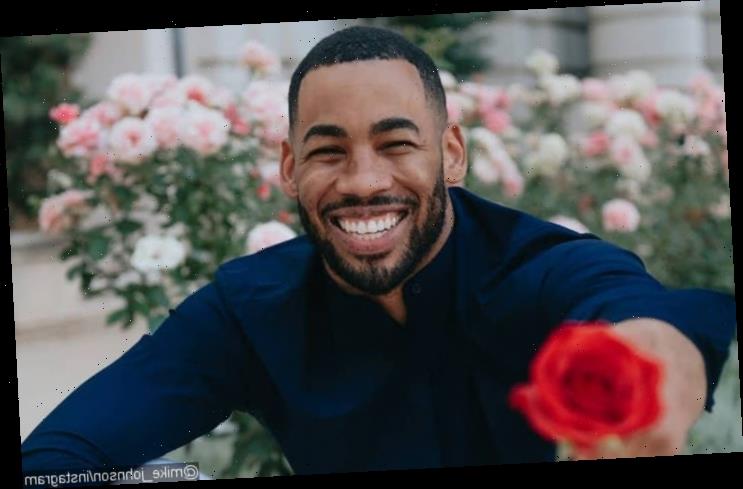 The reality TV star claims in his book ‘Making the Love You Want’ that his babysitter sexually assaulted him when his family was living in Germany, but he never told his mom about it.

AceShowbiz –Mike Johnson dropped the bomb over the painful past that shaped him into the man he is today. Through his new self-help book titled “Making the Love You Want”, the season 15 contestant on “The Bachelorette” finally opened up about his experience being sexually assaulted by his babysitter when he was only 5 years old.

In the book which hit shelves on Friday, October 2, the 32-year-old recounted the assault by writing, “She took her clothes off while we were playing hide-and-seek and grabbed me, then chased me as I ran. I got away.” He continued, “But the emotional effects were devastating, and a displaced sense of shame stayed with me into adulthood.”

Sharing the trauma he endured thereafter, Mike noted, “My memories of fighting her off me and exploding out the front door to get away are still vivid. Afterward, I wondered about my sexuality and masculinity. For years I questioned myself: Why would I fight her off if I’m attracted to women?” He added, “It was emotionally and mentally catastrophic to me.”

Mike revealed that he did not tell his mom and anyone else about the incident. “For some reason, I felt that a more masculine man would have handled the situation differently, no matter how young,” he explained the reason why. “Although I knew that what happened to me should never happen to any child, I couldn’t help but think something was wrong with me.”

On the subject of “emotional effects,” the TV personality elaborated, “Trauma research shows that this is a common effect of childhood sexual abuse – because children see the world around them as undivided from themselves, they internalize shame that belongs to others.”

“They grow up feeling that there is something terribly wrong with them, no matter what else they do,” the United States Air Force veteran further added. “The shame, trust issues and damage to our ability to create healthy boundaries can last a lifetime.”

On the reason why he decided to finally speak up about his trauma, he told PEOPLE, “My book teaches people how to stand up in their power, and for me to help others, I practice what I preach and be authentic and let people know what I’ve been through.” He added, “When you can connect with the author of one of your favorite books, it can make you feel so much better.”

Mike celebrated the book release with an Instagram post. Alongside a photo of him laying on several copies of his work, he wrote, “I hope you all enjoy this labor of love. I’ve poured my everything into this book and I can’t wait for everyone to benefit from the lessons I’ve learned in life, learning to obliterate self limiting thoughts and stand in your own power!”