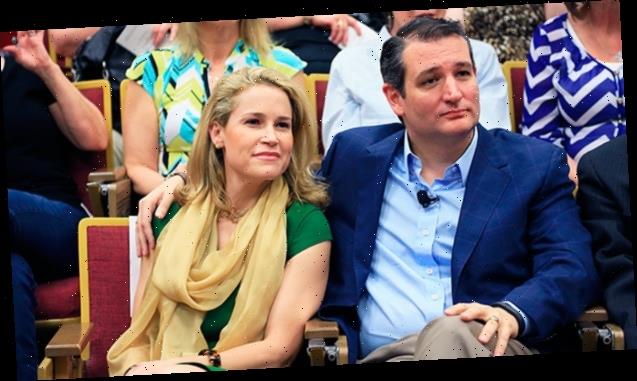 Senator Ted Cruz discussed the leaked text messages about his Cancún trip and his wife’s reaction, demanding that we ‘treat each other as human being,’ despite leaving his constituents for his trip.

Texas GOP Senator Ted Cruz brought up new details about the repercussions of his family trip to Cancún on the latest episode of the conservative podcast Ruthless. The Republican lawmaker, 50, discussed the trip that has brought on a waive of intense criticism, and disclose his wife’s reaction to the leaked texts that revealed more about their reason for the trip. The recently leaked text messages, obtained and published by The New York Times, highlighted exchanges that Cruz’s wife, Heidi, had with their neighbors. “I will say, Heidi is pretty p***ed at that,” Cruz said of his wife’s text messages being leaked.

The Senator also described how Heidi “actually was over to a neighbor’s house yesterday, sort of walking through” the exchange between herself and their neighbors. “We’ve got a number of Republicans who are neighbors, but we also have a number of Democrats,” he said. He continued on, revealing that there were some “folks on our street who put up Beto [O’Rourke] signs, which I thought was a little rude.”

“You know, I didn’t, like, hold a victory party on their front yards when we won,” he said, clearly annoyed. Cruz even went a step further in his comments, and seemingly directed his ire towards Democrats. “Here’s a suggestion: Just don’t be a**holes,” the senator said. “Yeah, like, just, you know, treat each other as human being, have some degree, some modicum of respect.”

The comments come nearly a week after news of Cruz’s trip to the glamorous destination came to light. Initially, Cruz said that he was simply escorting his daughters — Caroline, 12, and Catherine, 10 — to Cancún and immediately returning to Texas to address the ongoing lack of heat, power, and necessary resources throughout the state, with millions of Texans affected. The text messages, however, highlighted that the trip was seemingly meant as an escape from the Cruz family’s “FREEZING” home.

In the time since, Cruz has continued to try and do damage control for his ongoing PR nightmare, mostly to his own detriment. He has referred to the trip as “a mistake,” and that he did have “second thoughts” upon boarding the plane. But Cruz’s press tour discussing the trip has brought on further criticism, memes, and more.