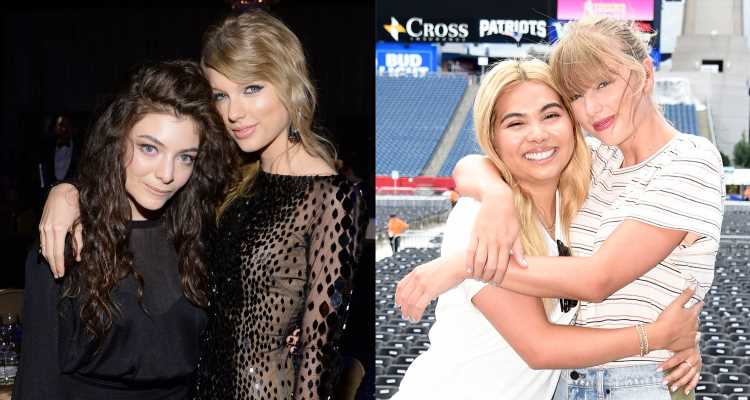 Taylor Swift is opening up about how her friendships with Lorde and Hayley Kiyoko happened after they publicly criticized her.

The “You Need To Calm Down” crooner shared her thoughts in a new interview with Rolling Stone.

“Some of my best friendships came from people publicly criticizing me and then it opening up a conversation,” Taylor said. “Hayley Kiyoko was doing an interview and she made an example about how I get away with singing about straight relationships and people don’t give me s–t the way they give her s–t for singing about girls — and it’s totally valid.”

“Like, Ella — Lorde — the first thing she ever said about me publicly was a criticism of my image or whatever,” Taylor continued. “But I can’t really respond to someone saying, ‘You, as a human being, are fake.’ And if they say you’re playing the victim, that completely undermines your ability to ever verbalize how you feel unless it’s positive.”

“So, OK, should I just smile all the time and never say anything hurts me?” Taylor Swift added. “Because that’s really fake. Or should I be real about how I’m feeling and have valid, legitimate responses to things that happened to me in my life? But wait, would that be playing the victim?”