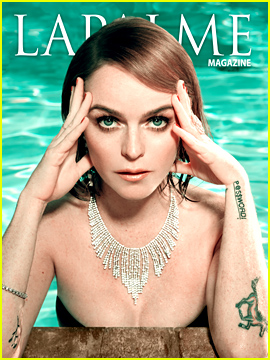 Taryn Manning is on the latest issue of LaPalme Magazine, out now.

On overhearing kids in her ballet class discussing acting: “I was eavesdropping, being nosey. Then my mom came to pick me up that night, and I was like ‘Shondra and Ashley take acting classes, why can’t I?’ I guess I was kind of a poser, I wanted to do what everyone else was doing.”

On her Orange Is The New Black character, Pennsatucky: “We’ve all heard about drug addiction, but to get into character I spent hours watching documentaries and researching the chemical makeup of methamphetamine. It was important for me to know the details because I had to constantly remind myself that this is a woman who has battery acid in her brain, cat litter, and it’s impossible for someone to function normally.”

On Boomkat, her musical collaboration with her brother: “We always loved music in our household. My brother forced me to sing over some tracks, and when he was pleased, his approval fueled my fire to keep going. It eventually became my ultimate love.”

For more from Taryn, head to LaPalmeMagazine.com.