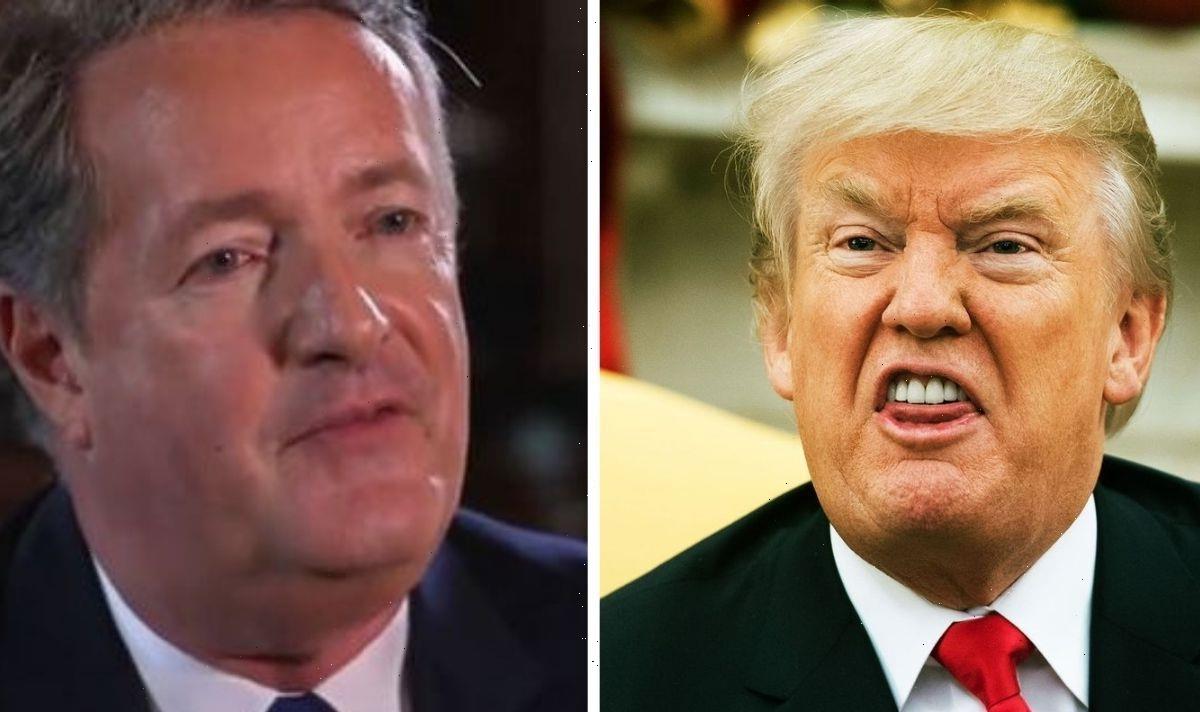 Piers Morgan is coming back with a bang for his new weeknight show Uncensored on TalkTV, as ex-US president Donald Trump is the first to be interviewed on it – and the viewing is guaranteed to be explosive. However, Trump has already issued two statements insisting that video clips for the show’s trailer portray him in a misleading light. Despite Trump’s fury, Piers was quick to tell the former US President to “take a chill pill”.

We haven’t even aired it yet, and he’s already released two furious statements… about a PROMO?!

Piers was characteristically blunt when it came to delivering a response.

“We haven’t even aired it yet, and he’s already released two furious statements… about a PROMO?!” Piers questioned, in view of his almost eight million followers.

“Take a chill pill, Mr President – it’s a great interview, even if you did lose your rag a bit.”

The much-disputed trailer in question portrays what appears to be a tense and heated argument between the pair, following their previous friendship.

The snippets show Trump declaring Piers to be “dishonest” and a “fool”, plus a disagreement is aired over whether the 2020 elections that ousted the former president from power were really rigged or not.

Piers candidly told him that he hadn’t produced a single shred of evidence for his claims – and viewers then see Trump, apparently in anger, insisting: “Turn the camera off.”

Trump has since claimed that what looked like a furious argument between the two was simply caused by selective editing.

Trump was quick to release two statements to that effect.

“Piers Morgan, like the rest of the fake news media, attempted to unlawfully and deceptively edit his long and tedious interview,” he told the world.

“He wanted to make it look like I walked out on the interview when my time limit of 20 minutes went over by an hour.”

He has also stated Piers had repeatedly claimed he was asking just one more question, only to end up asking several extra ones.

“The interview was very strong on the 2020 election fraud, with me calling him ‘a fool’ if he truly believed those results,” the statement continued.

Trump has also accused the broadcaster of “rigging and redoing” his words.

“Piers got caught red-handed, and the interview that I rather enjoyed is now in shambles,” he alleged.

His statement concluded: “Piers is off to a bad start, but thanks to me he may get a final burst of big ratings before it all comes crashing down.”

Meanwhile, Piers also addressed the issue when he appeared on the Lorraine show – his first ITV appearance since he dramatically stormed out of Good Morning Britain, before refusing to apologise to Meghan Markle for disbelieving her.

Arriving on set to the sound of Eminem’s ‘Guess Who’s Back?’, Piers hit back: “He says it was a rigged election and he now says I have a rigged promo. All I would say is watch the interview – it will all be there.

“We won’t be doing any duplicitous editing. The president, I am afraid, got very heated with me because he thinks that he should have won the last election. He has taken it very badly that he didn’t and he has concocted a story with no evidence so far that it was all fraudulent, that the voting system was fraudulent and that he somehow had it stolen.”

Piers has also claimed that the former US president told him he was a “fool” a grand total of six times during their chat – and even his Vice President Mike Pence wasn’t spared, with Trump denouncing him as “foolish and weak” too.

However Piers promised viewers an “animated and heated” discussion which the public will find “fascinating”, before he jokingly staged a walk-out of his own on Lorraine, mirroring the real one from March 2021.

His stance, delivered in an email to his interviewee, was that he wouldn’t “lie” to Trump’s face to “avoid annoying” him – and he also stated: “The best friends are the most honest/critical ones, not the sycophants!”

The entire interview is expected to air on Monday at 8pm on new channel TalkTV.