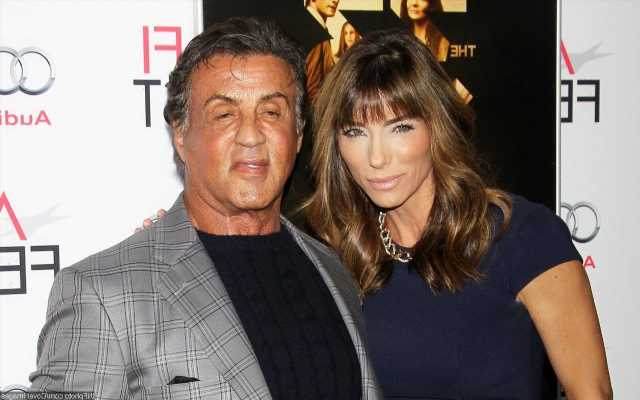 In a new interview, the ‘Rocky Balboa’ hunk also reveals that the separation and reconciliation with his wife of more than 25 years was ‘a very tumultuous time.’

AceShowbiz –Sylvester Stallone has opened up more about what he really feels about his brief split from his wife Jennifer Flavin. In a new interview, “The Expendables” actor admitted that he found it “reawakening.”

Speaking to The Sunday Times in an interview published on Saturday, October 29, the 76-year-old hunk said, “There was a reawakening of what was more valuable than anything, which is my love for my family.”

“It takes precedence over my work and that was a hard lesson to learn,” the “Rocky Balboa” star said of his relationship with his 54-year-old wife, with whom he shares three daughters, Sophia, 26, Sistine, 24, and Scarlet, 20. He then added of the near divorce, “Let’s just say that it was a very tumultuous time.”

The duo is back together after Jennifer shockingly filed for divorce from Sly back in August. Earlier this month, a judge officially dismissed the proceedings after the couple filed a voluntary notice for dismissal in Palm Beach County, Florida.

In a statement, Sylvester’s representative said that the pair “decided to meet back up at home, where they talked and were able to work out their differences.” The spokesperson further noted, “They are both extremely happy.”

A few days later, the pair snuggled up to each other when attending the Ralph Lauren SS23 Runway Show on October 13 in San Marino. When posing for photos, beaming Sly could be seen putting his arm around Jennifer. In a separate snapshot, the actor and Jen were seen laughing happily with the former model hugging him from behind.

Last week, however, the pair were spotted having a public tense moment during a day out in Beverly Hills. When exiting a Rite Aid, they appeared to get into a heated argument as Jennifer walked slightly ahead of her husband with a serious face.

In other news, Sly and Jennifer were accused of staging their divorce for their family’s upcoming Paramount+ reality show, which is being made by the same production team behind “Keeping Up with the Kardashians“. According to reports, they have been filming their very own reality show since August, the exact same month that Jennifer filed for divorce.