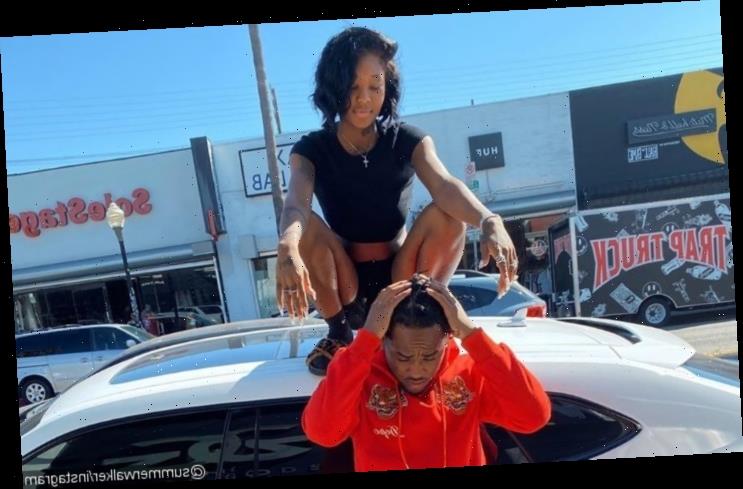 Fans are convinced that the singer is speaking from her experience with the record producer when she takes to Instagram Stories to share relationship advice.

AceShowbiz –Summer Walker has been giving out relationship advice with her Instagram followers, though her latest advice has gotten many wondering whether she was speaking from experience. Fans have been suspecting that the R&B songstress and her ex-boyfriend London On Da Track signed a lease during their relationship.

Taking to Instagram Stories on Thursday, September 10, Summer wrote, “Idk who need to hear this but… don’t sign that lease with your boyfriend.” Even though her post was not directed to anyone specific, some were already convinced that she signed the lease with her producer ex-boyfriend and now she’s regretting her decision.

For instance, one person quipped, “We got London on the Lease,” as another said, “Sis going thru this kind of mess worrying about other folks relationships???” One other told the “Girls Need Love” singer, “Girl we told you the same thing before you did it. And you said we didn’t know what we were talking about. Crazy!” Someone mocked her, “Lmao clearly you that person sis.”

There was also an individual who said, “Don’t tell us what to do just cuz your relationship experience didn’t go well.” Meanwhile, one other wrote, “Girl you’re hurt bye! Stop telling us what to do!” Someone else commented, “Why she gotta give advice based on her own bad experience.”

London and Summer have been dating on-and-off for more than a year. Most recently, people suspected that the two broke up again after the two unfollowed each other on Instagram in addition to the singer deleting all their photos on the social media site. Furthermore, she appeared to diss the record producer in some of her posts.

She lamented on Instagram Stories, “I really thought this was gonna be a good year but it turned out to be the WORST YEAR EVER. Literally like the saddest day of my life.” Blaming her poor judgment in picking a boyfriend, she admitted, “I have the worst taste in men, I like literally find my childhood trauma and then date it.”