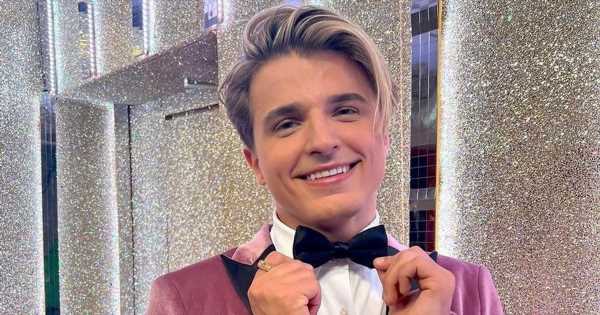 Strictly Come Dancing star Nikita Kuzmin has broken his silence amid reports that he and his long-term girlfriend have called it quits.

The professional dancer, 24, is believed to have split from fellow dancer Nicole Wirt after five years of dating, with reports claiming Nikita wants to "totally focus" on the current series of Strictly.

Despite his break-up, Nikita, who joined the BBC One show last year, has been working hard with his dance partner Ellie Simmonds, 27, ahead of Saturday night's live show.

He shared a number of fun clips of him and Paralympian Ellie rehearsing together on his Instagram Stories.

The pair could be seen joking about together in the videos as they took a quick break from dancing in the studio.

In one video, Ellie can be seen lying down on the floor as she talks to herself about improving her posture, after facing critiques from the judges last week.

"Yes Ellie, you can. You can stay in there. Okay," the 27 year old can be heard saying before beginning to laugh.

Nikita, laughing along, then responds: "Who are you talking to?" causing Ellie to notice that he's been listening to her.

"Okay Stop. This is how bamboozled my brain is getting," she replies laughing. "Speaking to myself. I was going to play something out."

A second clip shows Nikita asking Ellie to show off her posture, prompting her to stand up and do an exaggerated pose as they get ready to get stuck into another rehearsal of their new routine.

Nikita's social media posts come as a source close to him and ex-girlfriend Nicole revealed that they'd called time on their romance due to their clashing schedules.

A source close to the couple, told The Sun: “Nikita wanted to totally focus on this series of Strictly and decided a while back he wanted to end his relationship with Nicole. They had been together for five years and it ended up being a mutual decision."

The insider added: “Nikita is totally caught up in Strictly so they decided it was for the best for them to break up."

Despite the split however, the couple remain good friends and only want “what is best for each other.” Both Nikita and the BBC have declined to comment on the reports.

Mainly based in Germany herself, Nicole’s work schedule has been busier than ever lately, and now with the demands of Strictly to contend with for Nikita, the couple’s schedules were no longer aligning.

Nikita meanwhile, has been pouring his heart and soul into rehearsals with Ellie, as they continue to dance their way higher up the Strictly leaderboard.

On Saturday, the pair will once again take to the ballroom floor as they dance a Quickstep to Peppy and George from The Artist.

Strictly Come Dancing airs on Saturdays on BBC One.