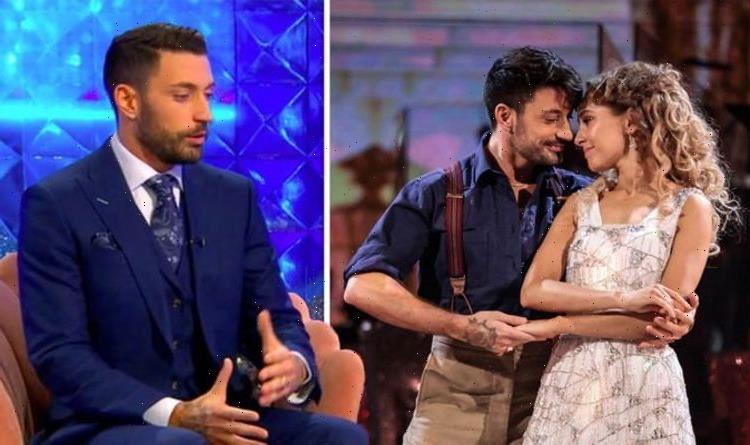 While the couple appear to be getting on like a house on fire, there is one thing that makes communication more difficult. Giovanni, who is currently learning sign language for beginners, has said his strong Italian accent was causing some problems.

The Strictly pro said: “Of course, being Italian and having different pronunciation can be tricky but we have a laugh.

“Rose’s interpreter has been amazing too and between us we make a great team.”

The star also acknowledged that the actress’ hearing did make “a difference” to his rehearsals but that they wouldn’t let it stop them from advancing in the competition and Rose was “determined to keep pushing herself”.

The Sicilian dancer went on to explain that his partnership with Rose has been an eye-opening experience.

“Ultimately this process and partnership has really opened my eyes into Rose’s world and the deaf community,” he said.

“I’ve been learning sign-language – it’s early days but it’s important for me to put in that effort for Rose, the same way she is putting in effort for me.

Rose has made history as the first deaf contestant to compete in Strictly’s 17-year runtime, which has really inspired her dance partner.

The dancer gushed about the EastEnders actress’ drive and courage to The Mirror.

“Working with Rose on Strictly has been just incredible,” he said.

“Of course she’s an absolute inspiration to me, but also for so many in the deaf community and beyond.

“The reality is, she’s making history as the first deaf person to compete on Strictly – what an achievement. What a brave thing to do.”

Rose, who is deaf and a user of British Sign Language, has provided a lot of positive representation for the deaf and disabled community on the show this year.

The Eastenders star and her dance partner recently wowed audiences with their tearjerking Foxtrot during Movie Week, which was set to the film music from Titanic.

The dance was so moving that it brought the judges to tears and even placed them in the leaderboard’s top three couples.

Rose has recently cleared up the misconception that deaf people are unable to enjoy music, explaining that her hearing aid allows her to “hear the beat”.

The star has said that she can “feel vibrations” and “count in her head” in order to keep in time with her partner.

Giovanni has previously described Rose as learning his complex dance routines via “muscle memory”, which means she learns the moves over and over again.

Rose has previously expressed how she is to be “smashing the stigma around deaf people” and hopes viewers will realise deaf people enjoying music is a “normal thing”.

Tonight Rose and Giovanni will perform a Viennese Waltz to Fallin’ by Alicia Keys.