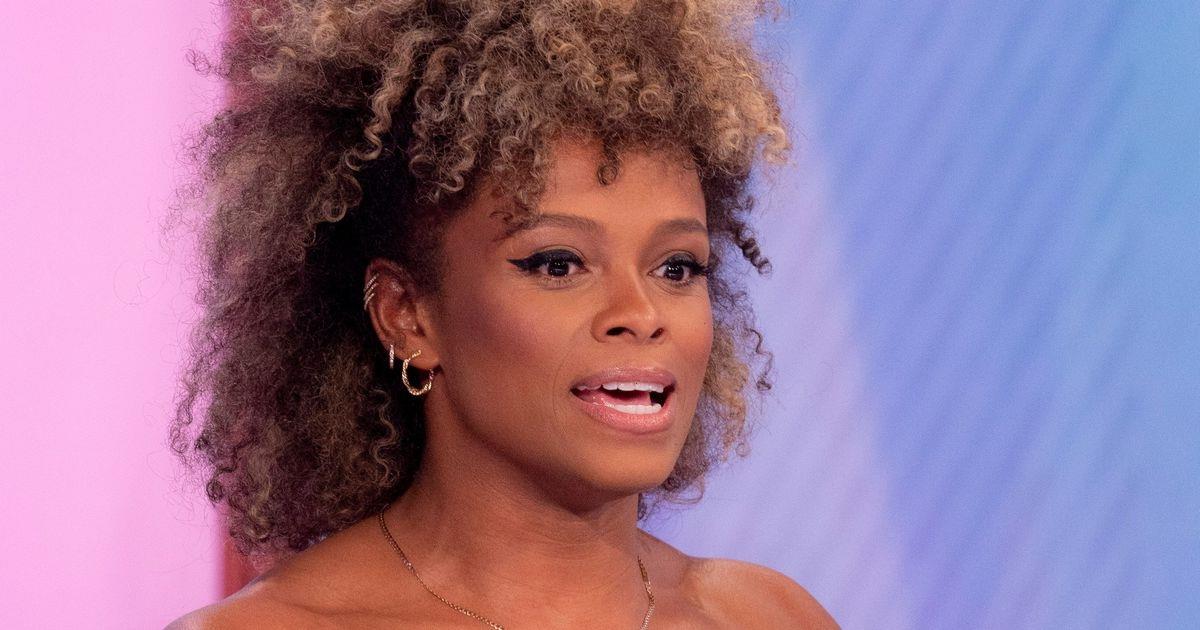 Strictly Come Dancing's Fleur East has addressed the incident that led to her restarting her routine in Sunday's dance off amidst a "fix row".

The former X Factor star found herself in the bottom two on the show with her and her partner Vito Coppola facing off against EastEnders' James Bye and his partner, Amy Dowden, who ultimately ended up leaving the show.

Fleur, 35, and Vito appeared on ITV's Loose Women to explain what had happened, explaining that a prop lead to Vito falling over, before they were allowed to start their routine again.

Speaking to the Loose Women panel, including Kaye Adams who was the first to leave this year's show, Vito explained: “Basically what happened is that in the first few seconds of our number, I just fell down on the chair.

“Literally was like a bad fall. Everyone was gasping but I showed them I was OK and able to restart – so thank you.

“I’m fine, I’m here today, so all good. Thank you very much," he insisted.

Loose Women panellist Denise Welch asked them: “It was health and safety, wasn’t it? That’s why you did it again.”

Vito replied: “We were continuing because we always say to each other, ‘If anything happens, let’s just keep going, keep continuing’.

“And literally I was trying to stand up and continue, and when I turned around she was like spinning.”

Fleur added: “I was ready, I was like the show must go on. And then production decided to stop the music. We were like, ‘Oh, OK’.”

The pair went on to perform the salsa to Beyonce’s Break My Soul, and the judges ended up keeping them in the competition.

In a statement shared with the PA news agency, a BBC spokesperson said the show had been stopped “as a matter of urgency”.

“After an incident with a prop at the beginning of Fleur and Vito’s dance-off performance, the decision was made to halt proceedings to check they were not injured, as a matter of urgency,” the spokesperson said.

Following the final performances, judge Craig Revel Horwood said it was his “responsibility” as a judge to “save the better dancer”, meanwhile Motsi Mabuse said there were “different levels of dancing on the dance floor”.

It was the second time Fleur has found herself in the dance-off, after being up against Richie Anderson, who she won against.

Speaking to Rylan Clark on It Takes Two, she said: "It was rough. In that dance-off, it was awful.

"One because, obviously, you realise, 'Oh my gosh, I've got to dance again', and with all those lifts, I was just relieved we got through it once.

"Secondly, I love Richie, I get on with Richie so well. He's such a joy and I hated having to dance against him.

"But in a lot of ways, I'm actually grateful that we had that experience because it made me realise how much I want to be here."