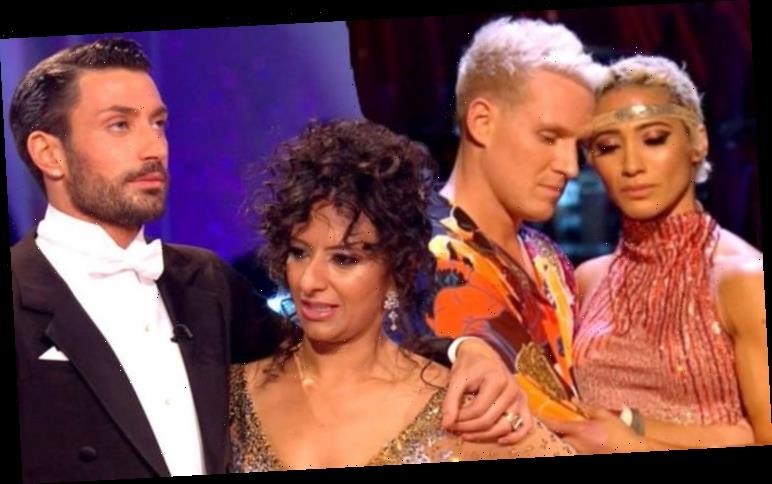 Strictly: Ranvir and Giovanni get voted off

Strictly Come Dancing fans took to Twitter to discuss the result, many in shock at the judges’ decision. Ranvir Singh and Giovanni Pernice were not saved by the panel, narrowly missing out on the 2020 final.

I just feel that one couple had a little more determination

The duo will now compete in the grand finale on Saturday against Maisie Smith and Gorka Marquez, HRVY and Janette Manrara as well as Bill Bailey and Oti Mabuse.

However, some have criticised the voting, believing Ranvir, 43, and pro Giovanni, 30, should have been the ones to make it through.

Many pointed out the Made In Chelsea regular, 32, had been in the bottom two four times. 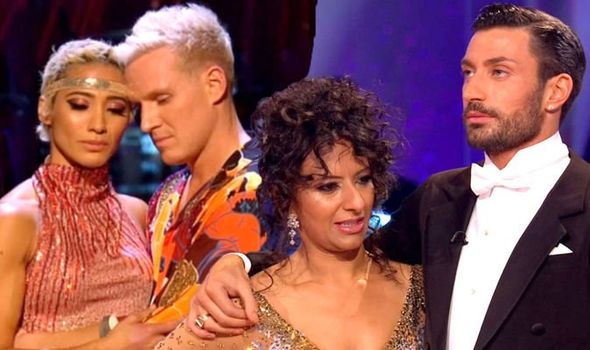 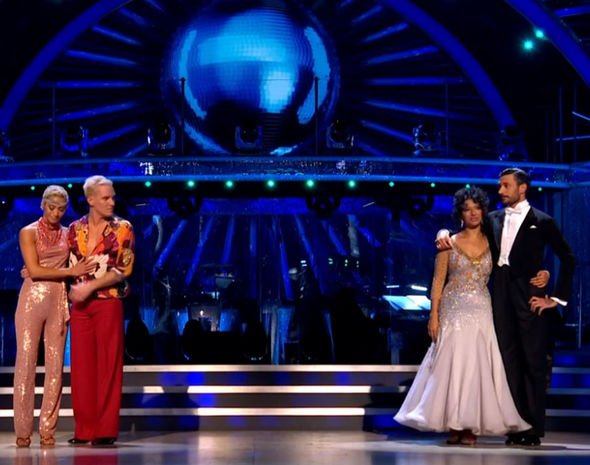 ** Do you think Ranvir was robbed? Let us know if the comments box below **

The reality star has been previously saved over Jacqui Smith, Clara Amfo and JJ Chalmers.

However, while Ranvir had avoided the dance-off until last weekend, she and Giovanni were at the bottom of the leaderboard after two performances on Saturday.

For their waltz and jive, the pair were awarded a combined total of 44 points.

Jamie and Karen achieved four more points for their salsa and quickstep. 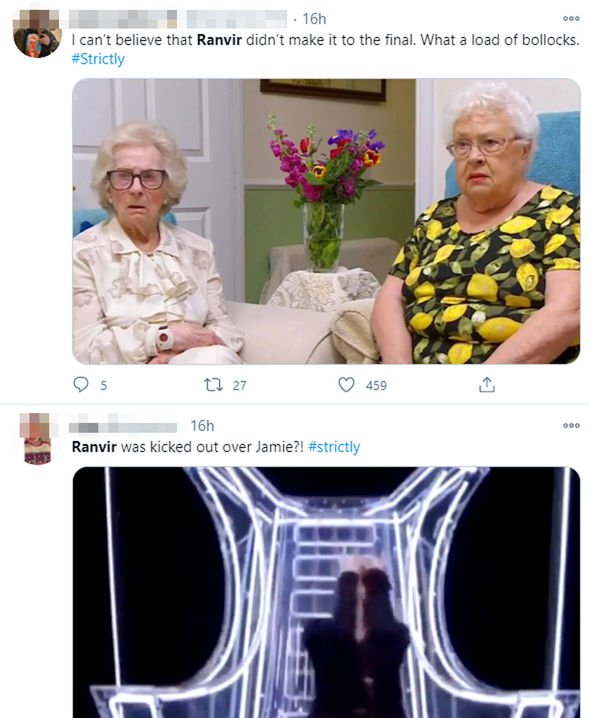 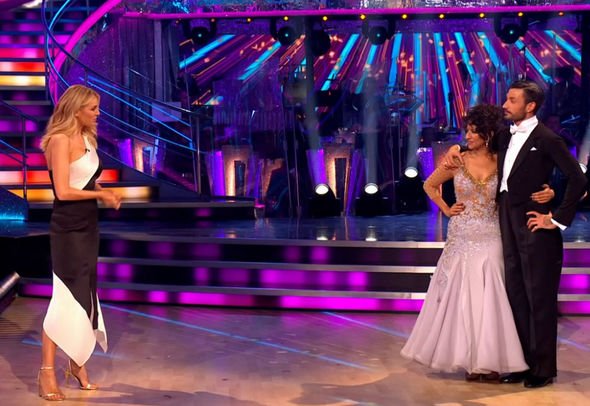 Craig, 55, said of his decision to save them: “Well one, of course, did an explosive fabulous salsa, the other couple did a dreamy delicious, gorgeous waltz.

“I think both couples couldn’t have danced those dances better than they did tonight, it was incredible and I want to see both of you in the final. I’d like to save Jamie and Karen.”

Motsi Mabuse, 39, opted to save the Good Morning Britain presenter, stating: “Well this was really one tough decision, we had two beautiful dances, two beautiful human beings and I will save Ranvir and Giovanni.”

The deciding vote went to Shirley, 60: “This is very difficult because I’ve grown to love both couples. I’m getting quite emotional now.”

“Musicality, determination, conviction from both teams, they just gave their all,” the head judge continued.

“But I just feel that one couple had a little more determination, a little bit more, ‘I’m not leaving without that trophy’ and with that in mind I’m saving Jamie and Karen.”

Strictly viewers took to Twitter to voice their annoyance, with one post reading: “So Ranvir scored two more than Jamie in their dance-off dance yet still goes. Fix and farce #Strictly.”

“Shocked at the #StrictlyComeDancing result tonight! #RanvirAndGiovanni were better than Jamie and Karen!! #Strictly,” another person stated.

Having been saved for a fourth time, one viewer tweeted: “No surprise that Shirley saved Jamie. Ranvir should have gone through #fix #Strictly.”

Another added: “Complete fix. Jamie has been saved by the judges how many times. Clearly their favourite. Exactly why I stopped watching and will not watch for a long time again #Strictly.”

Although not everyone was opposed to the result. One person shared: “Glad Jamie is through as he is my favourite. Shame Giovanni is out though! #Strictly #StrictlyComeDancing.”

Have your say in the Express poll now.