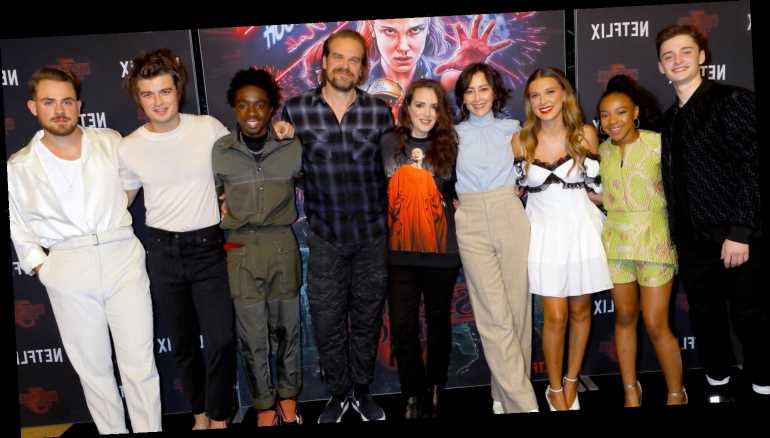 The cast of Stranger Things snap a group photo while attending a screening and panel of the third season of the hit show held at the Linwood Dunn Theater on Saturday (November 9) in Los Angeles.

Earlier in the week, the title of the first episode from season four was revealed. Check it out if you missed it!