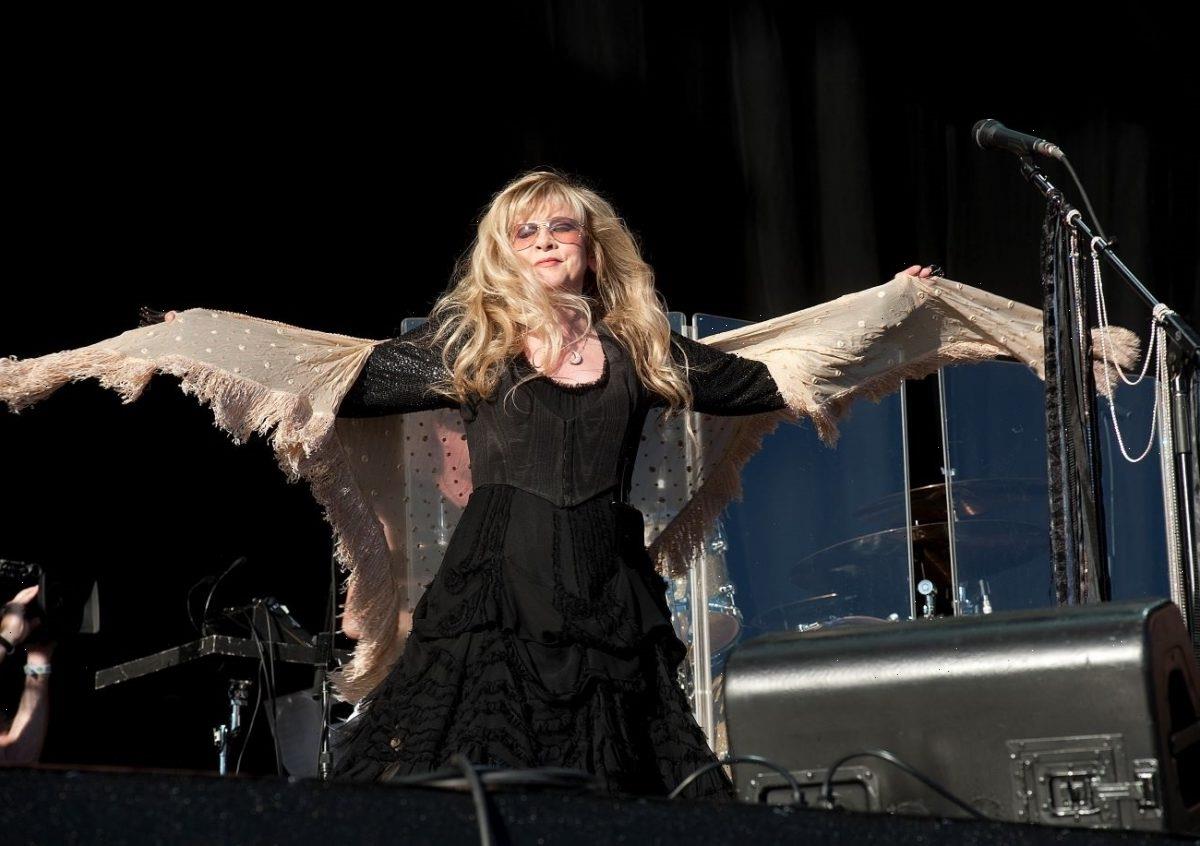 Over the years, Stevie Nicks has built herself up as a fashion icon. With her flowing, witchy looks in lace, chiffon, and leather, she has an often-imitated style. One key element of her wardrobe is her shawls. They play such an essential role in her onstage style that she has thousands of them, which she stores in what she calls a shawl vault.

Stevie Nicks is known for her distinctive style

For much of her career, Nicks has worn all-black when onstage or at events. Many speculate that the color choice is a sign of witchcraft, but Nicks says it’s for an entirely different reason.

“In the beginning of my career, the whole idea that some wacky, creepy people were writing, ‘You’re a witch, you’re a witch!’ was so arresting,” Nicks told the LA Times. “And there I am like, ‘No, I’m not! I just wear black because it makes me look thinner you idiots.’”

She added that she stopped wearing black for a period of time but was soon drawn back to the color.

“I stopped wearing black for like a year,” she explained. “Then I was just like, ‘OK, just bring it freaks. I’m not going to wear apricot. You think whatever you want because I’m going to wear my beautiful, long black dress. Get out of my face.’ I got mad. I went back to black.”

She has a space dedicated to her many shawls

Nicks has all of her looks custom-made, meaning that they hold a good deal of value for her. Much of her onstage persona is tied to her style, she explained, adding that she “becomes” herself once she gets her stage outfit on. In order to protect the outfits, particularly her shawls, she puts them in a special storage space.

“I have my shawl vault — they’re all in temperature-controlled storage,” she told Rolling Stone. “I have these huge red cases Fleetwood Mac bought, all the way back in 1975 — my clothes are saved in these cases.”

She added that she’s saving all her clothing not for herself but for her many goddaughters and nieces. Still, the sheer volume of shawls makes it challenging to pass all of them on to family.

“I’m trying to give my shawls away — but there’s thousands of them,” she said. “If I ever write my life story, maybe that should be the name of my book: There’s Enough Shawls to Go Around.”

Stevie Nicks fosters a close relationship with her goddaughters

Nicks told the LA Times that she also plans to pass on her journals to her goddaughters. She has many of them — 10 or 11 by her count — and wants to pass on as many meaningful gifts as possible. According to Nicks, she handpicked her goddaughters, asking their parents if she could take on the role.

She also has formed a group which she calls her “Sisters of the Moon.” These are people who receive the gold moon necklaces that she’s had made over the years. Nicks believes that the moons are lucky charms, and she instructs recipients to pass them on to anyone in need of a bit of luck.