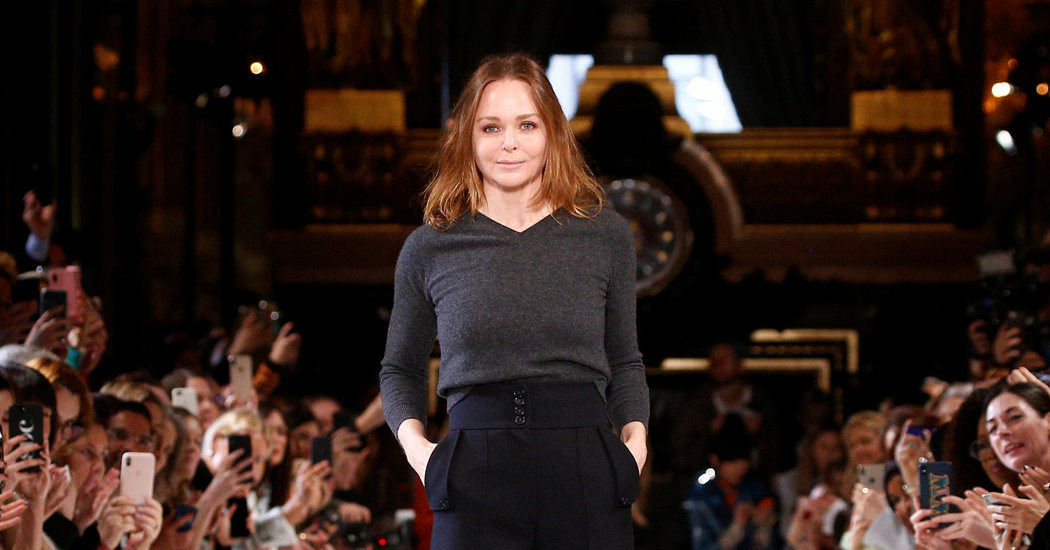 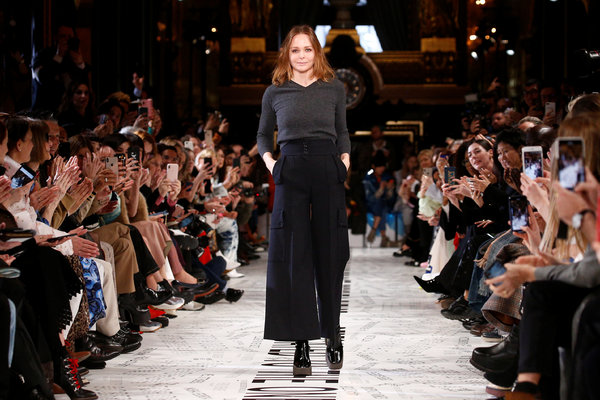 In a move worthy of the rivalry between the Montagues and the Capulets, LVMH Moët Hennessy Louis Vuitton, the world’s largest luxury group, said on Monday that it had entered into a new marriage with Stella McCartney, the British fashion house that was half-owned by its chief competitor, Kering, until last year.

The deal calls for Ms. McCartney, the house’s founder, to continue in her role as the brand’s creative director, and as the majority owner of the Stella McCartney business. She will also become a special adviser to Bernard Arnault, LVMH’s chairman, and to the LVMH board on the topic of sustainability, or how the fashion industry can reduce its famously negative impact on the environment.

Financial details of the partnership were not disclosed. The full scope of the agreement is to be disclosed in September.

Mr. Arnault said in a statement that Ms. McCartney’s longtime commitment to sustainability and ethical issues had been “a decisive factor” in bringing the parties together. He also cited the company’s creation of its own sustainability department more than 25 years ago. “Stella will help us further increase awareness on these important topics,” he said.

The deal is unlikely to have a major effect on LVMH’s balance sheet but it underscores how important values like gender equity and sustainability have become to brands. Ms. McCartney’s addition to the LVMH stable gives it yet another female-run house, making it a leader in an industry historically dominated by male designers.

In the past two and a half years, LVMH has named the first female designers at the houses of Dior and Givenchy, made a minority investment in Gabriela Hearst, and further disrupted the luxury-goods industry with a new fashion house created by Rihanna, the musical artist, actor and influencer.

Kering has long been the most vocal and visible luxury group on environmental issues, ranking first among fashion and luxury companies on the Corporate Knights’ 2019 Global 100 Index for the second straight year in January.

Ms. McCartney’s very public veganism (she has always refused to work with leather) and outspoken adherence to organic beauty, along with her high public profile (daughter of Paul McCartney, close friend of Kate Moss, Gwyneth Paltrow and Liv Tyler) have combined to make her a prominent figure in high fashion eco-activism.

She will now take those credentials to LVMH. With millennial-age shoppers increasingly placing climate concerns among their top priorities, such an association is a meaningful asset.

Ms. McCartney, who is known for an easy, cool aesthetic — she once designed and wore “Rock Royalty” T-shirts for herself and her guests at the Met Gala — started her brand in 2001 as a joint venture with what is now Kering, whose other properties include Gucci and Alexander McQueen. From the start, Stella McCartney was positioned as one of the first socially conscious luxury brands, and grew into one of British fashion’s best-known names. In 2018, Ms. McCartney bought back Kering’s 50 percent stake in the brand, establishing it, briefly, as an independent name.

During the partnership with Kering, Stella McCartney earnings were not publicly broken out, but in a note to investors at the time of the split, Thomas Chauvet, a Citigroup analyst, estimated that the brand had achieved sales of 260 million euros, or about $320 million, in 2017. That was about 2 percent of the Kering luxury division’s sales.

LVMH, often seen as a bellwether for the fortunes of the broader luxury-goods sector, said in April that its sales in the first quarter grew 11 percent on a like-for-like basis, to €12.5 billion, or $14.1 billion, beating analysts’ estimates. The company will report half-year results for 2019 on July 24.

Ms. McCartney said in the statement that since terminating her partnership with Kering, she had been approached numerous times by potential partners and investors seeking to help her expand her business.

“The chance to realize and accelerate the full potential of the brand alongside Mr. Arnault and as part of the LVMH family, while still holding the majority ownership in the business, was an opportunity that hugely excited me,” she said.

Shakespeare could not have put it better.

Elizabeth Paton is a reporter for the Styles section, covering the fashion and luxury sectors in Europe. Before joining The Times in 2015, she was a reporter at the Financial Times both in London and New York. @LizziePaton

Vanessa Friedman is The Times’s fashion director and chief fashion critic. She was previously the fashion editor of the Financial Times. @VVFriedman