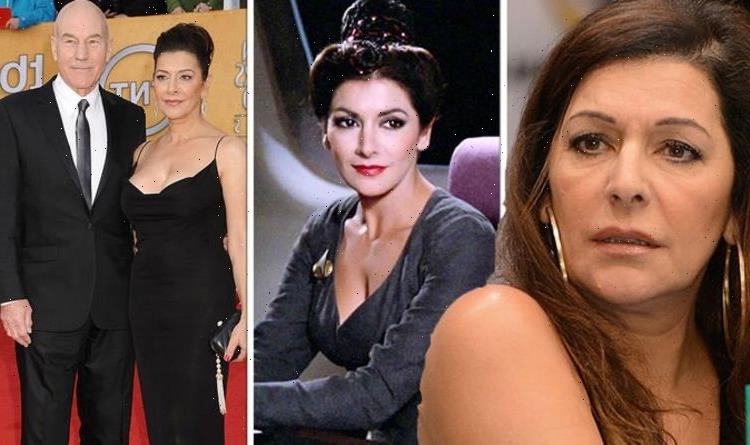 Marina Sirtis in Star Trek: The Next Generation season three

Marina Sirtis, who rose to prominence with her iconic role as Deanna Troi in the sci-fi fiction series Star Trek: The Next Generation, hit out at cancel culture attempting to censor individuals. The actress, who recently returned to the UK after spending three decades in the United States, claimed people have tried to get her “fired”.

The 66-year-old admitted that people have “tried to cancel me for years” because they disagree with her viewpoints.

The actress added that she believes in some respects that social media has “destroyed” parts of our society.

Speaking in a new interview, Marina vented her frustrations and admitted she is not a fan of cancel culture.

Despite the Star Trek series, which spanned 178 episodes over seven seasons and aired over two decades ago, the TV star admitted people still have tried to get her removed from the sci-fi show.

She added: “There’s no such thing as me being on Star Trek anymore.”

Last year, Marina reprised her iconic role for a special appearance in the first season of Star Trek: Picard but has not returned for season two of the show.

The actress explained that she has received backlash on Twitter for being outspoken about various issues from politics to royals.

Marina continued: “I get a lot of hate on Twitter because I’m opinionated. But [people] do try to cancel me.

“The thing is, it only works if you pay attention.”

She went on: “But I hate what social media has done. I think it has destroyed society if I’m honest.

“I’m confrontational in the flesh. It’s very easy to be brave hiding behind a silly profile pic, or if you have one at all. It’s very brave.”

Marina added: “I posted something very innocuous the other day and immediately got snide remarks and negative stuff.

“I just thought this is getting really old now. I’m not loving this anymore. You can’t even say something totally innocent without someone being a total idiot about it.”

Her comments come as the Star Trek legend also opened up about the social media backlash she faced after tweeting about Piers Morgan’s remarks on Good Morning Britain in reference to Prince Harry and Meghan Markle.

The former GMB host unleashed a furious rant against Meghan and said he “he didn’t believe a word” the Duchess of Sussex had told Oprah during their interview which aired in March.

The Deanna Trois actress revealed she “ducked” after receiving a torrent of online abuse after she agreed with Piers.

Marina remarked: “I agreed with Piers [Morgan] and then I ducked.”

It comes after she took to Twitter and penned: “What is the world coming to? I agree with @piersmorgan. #GMB #MeghanandHarryonOprah.”

The Star Trek actress later confirmed that she was more in agreement with Prince Albert II of Monaco, who previously suggested that the royal couple’s Oprah interview did not have to be “laid out in the public sphere”.

Marina said that she doesn’t believe it is favourable for the royals to “air their dirty laundry” in the public eye.