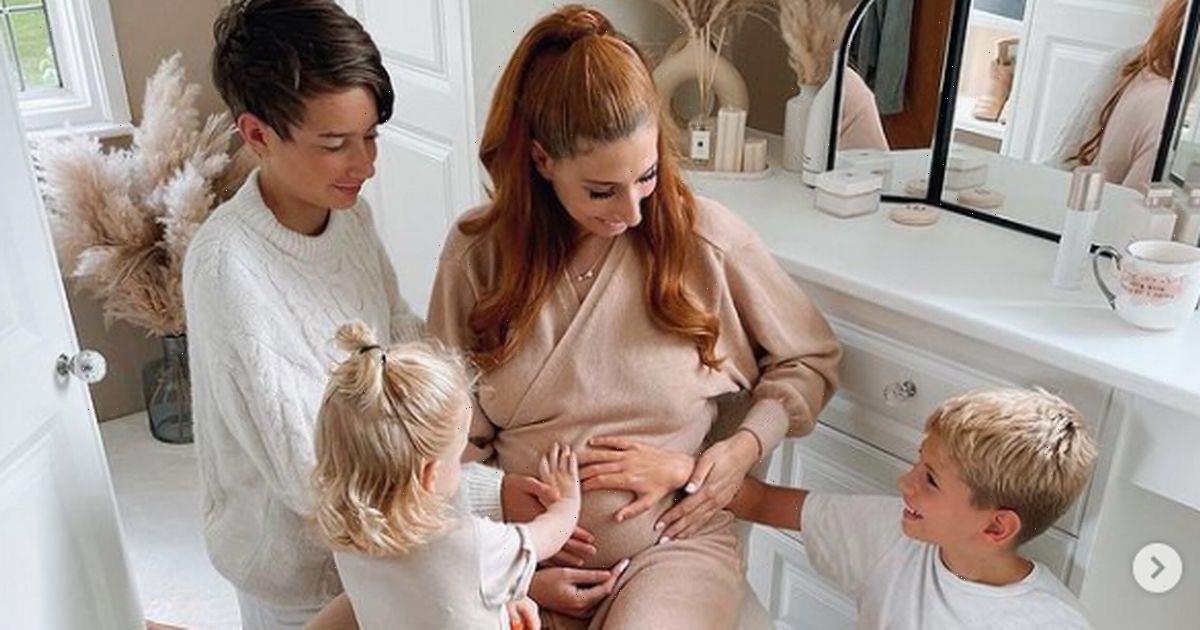 Stacey Solomon opened up about her fears over her children's self-esteem and their relationship with their bodies.

Speaking on her Instagram Story, the Loose Women star has teamed up with Dove on their Self-Esteem Project.

She told her followers: "Loads of you messaged me saying you really worry about your kids and their self-esteem and the way they think about themselves. I feel the same about my boys.

"I genuinely worry about what they see everyday and what they're subject to and how that makes them feel."

Stacey is expecting a baby girl with fiancé Joe Swash soon but is already a mum to their son Rex, two, and sons Zachary, 13, and Leighton, nine, from previous relationships.

The star recently opened up about the shame she had felt throughout her teen pregnancy with son Zachary.

Stacey gave birth to Zachary when she was just 18 years old and revealed that at the time she felt "out of control" and "out of her depth" as a young mother.

"I had no idea what the hell I was doing; it felt like all my decisions had been made for me, and there was nothing I could do about that," the 31 year old said on Loose Women.

She added: "I just remember feeling so ashamed. I know that sounds awful, but when I was pregnant with Zach, all I felt the whole way through was shame."

"I think people just looked and were like, 'ugh, why is she pregnant?' Maybe it's a bit of a trauma I just haven't addressed," she said.

Stacey is now known for her organisational skills, and she frequently documents her efforts in keeping her home Pickle Cottage spotless on Instagram.

She said that her actions now were inspired by her living with her whole family in a small house where there was "no space to be messy".

According to The Mirror, she is now set to front a new television series called Sort Your Life Out, where she will help transform the homes with others with tips on tidiness and storage.

Meanwhile, Stacey has been updating her 4.6million Instagram followers on her upcoming birth as she prepares to welcome her daughter.

For the latest news and updates on Stacey Solomon, sign up to our daily OK! newsletter.