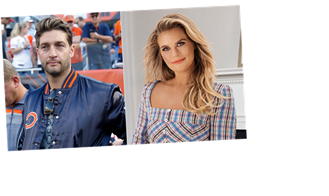 Madison LeCroy is sharing alleged “receipts” from her time with Jay Cutler. The Southern Charm star took to her Instagram Story on Sunday to shed light on her relationship with Cutler, seemingly confirming their rumored fling.

Cutler and his ex, Kristin Cavallari, reunited in an Instagram pic on Friday, and the caption, “The world is full of users. 10 years. Can’t break that,” had fans speculating it could be a dig at LeCroy. Some thought LeCroy pursued Cutler after Cavallari was linked to her ex — and fellow Southern Charm star — Austen Kroll.

“It looks to me like I’m going to have to drop some receipts. Hate to do that… but,” LeCroy said on her Instagram Story on Sunday, before sharing screenshots of an alleged text exchange with Cutler. ET has reached out to Cutler’s rep for comment.

The first conversation shows LeCroy, who lives in Charleston, South Carolina, discussing when Cutler, who lives in Nashville, Tennessee, will come see her, with the former NFL player appearing to initiate their meeting.

The second conversation appears more tense, beginning with LeCroy asking Cutler, “Why would I do that.”

“It was insinuated and my name was also brought into it which I don’t appreciate,” he seemingly replied.

“Didn’t seem like that was the case,” the response read. “Maybe it was accidental. I don’t know. No one wants this mess. I appreciate you saying that. I think we can all respect each other and move forward. At the very least.”

LeCroy then hit back, “I am disgusted by this whole situation. You reached out to me… Your intentions may have not been pure but that may be you projecting. I’ve never said anything about Kristin nor would I. I came into this honestly with good intentions. I want no part of being involved in a payback or drama. But you initiated and pursued. If you weren’t interested in something real you shouldn’t have s—- with me.”

The reality star censored that word with the message, “Kept my mouth shut until I get called a liar…” She then shared a photo of herself with Cutler, writing, “Too bad it didn’t work out.”

Cutler and Cavallari, who split last April after 10 years together, had fans wondering whether their recent Instagram pic meant they were reconciling.

However, a source told ET the former couple “remain friends and are both single. They will always have each other’s back no matter what.”