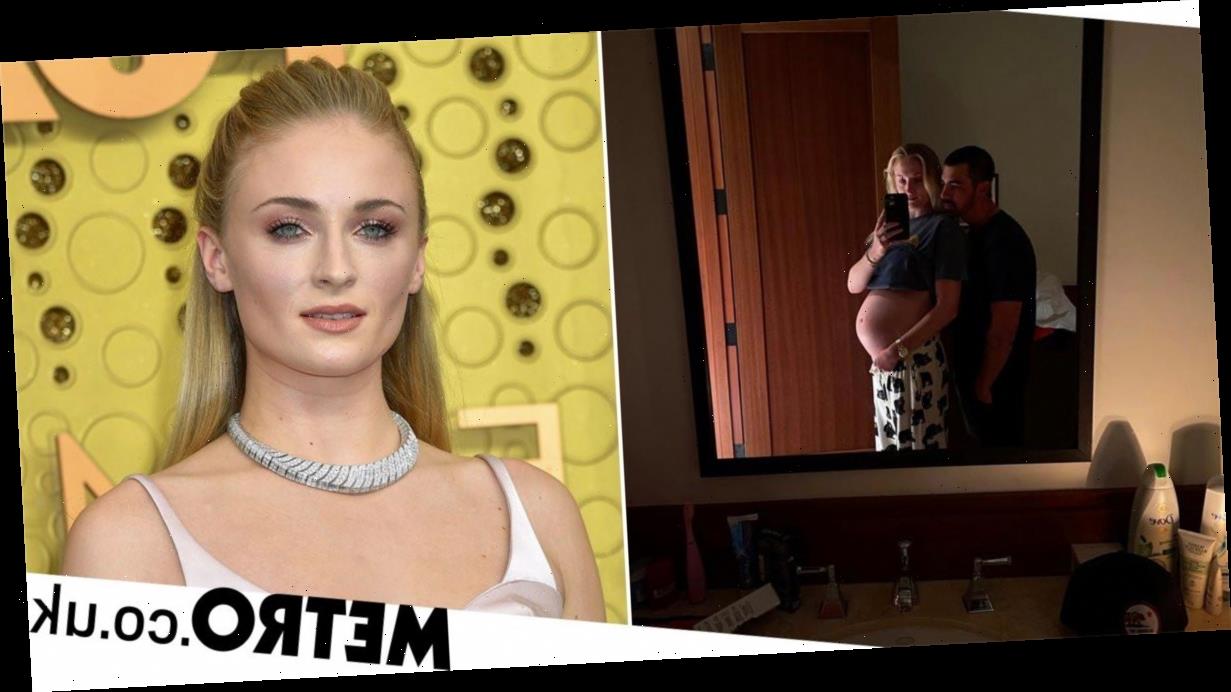 Sophie Turner kept her pregnancy a secret – well, as much of a secret she could keep it when sporting a baby bump.

However, now that her daughter Willa is in the world, the Game Of Thrones star is giving us sweet throwbacks to a time when she was still carrying her baby.

After taking nearly a month off Instagram, the 25-year-old decided to jazz up the grid with some previously unseen photos.

The fourth picture on the carousel showed Sophie wearing a cropped t-shirt and pyjama bottoms and looking ready to pop as she exposed her prominent bump.

Taking the snap in what appeared to be a hotel bathroom, Sophie’s husband Joe Jonas stood over her shoulder.

This is only the fourth snap Sophie has shared for her pregnancy, having posted two pics of herself showing off her belly in a bikini and one of Joe touching her belly.

Also in the post, the actress shared a picture of her and Joe after their Las Vegas wedding, posing behind a colourful cake, and a throwback to the couple celebrating Valentine’s Day in 2019.

Sophie also posted a picture of herself holding a lemur, and a snap with her family.

Friends and fans were loving the sweet throwbacks, with Wilmer Valderrama leaving a heart emoji and model Duckie Thot writing: ‘The cutest.’

Sophie and Joe, who got married in May 2019, are yet to share any pictures of their daughter, who was born in July.

However, they have both been seen out and about in Los Angeles pushing Willa in a pram, while Sophie has shown off her sweet ‘W’ tattoo in tribute to her little girl.

And it seems that the couple are so smitten with being parents that they’re reportedly already thinking about giving Willa a baby brother or sister.

A source told Us Weekly: ‘Joe and Sophie are already trying to have another baby. They are really excited to expand their family.

‘Having the baby has made them really close and want to have a large family together.’

Both stars have several siblings – X-Men star Sophie is the youngest of three siblings, while Sucker singer Joe has brothers and bandmates Kevin and Nick, as well as bonus Jonas Frankie.

The couple have been together since 2016, and went public with their relationship the following year.

After tying the knot in a surprise Vegas wedding after the Billboard Awards, they threw a lavish second wedding with family and friends in June 2019.