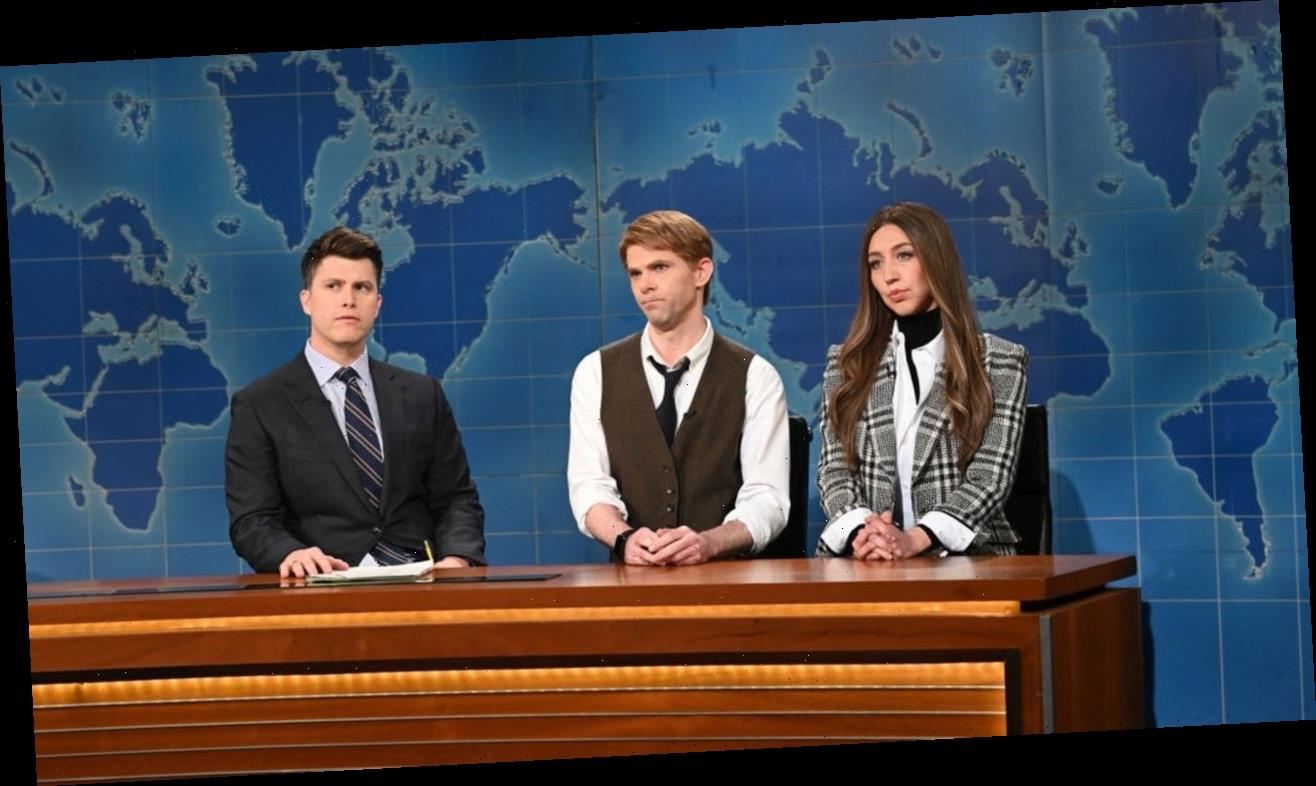 During the skit, Jost is surprised to learn that the pair actually represents a group calling itself the Child Cancellation Project.

“We noticed that everyone was getting canceled and we love that, but there was one group that were seemingly immune – children,” said Fitzroy, played by “SNL” cast member Mikey Day.

“So, we exposed problematic kids and canceled them,” chimed in Noonan, played by Heidi Gardner, another cast member.

“That’s right, we call them out on Twitter,” Day said before presenting some examples. 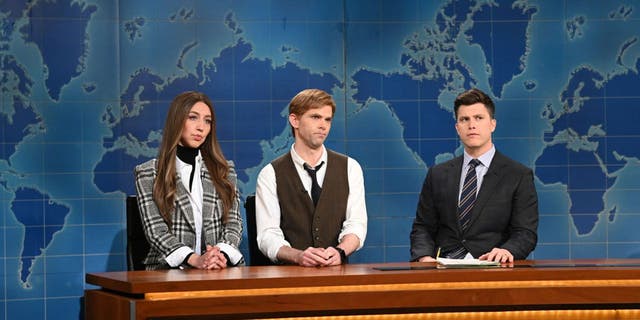 The first “canceled” kid was a 5-year-old who told a female classmate that she doesn’t have male parts.

“Expel him now @PineTreeElem or u support classroom harassment & stand with predators like this bile-spewing piece of sourdough bread. #chasepowellisoverparty,” the group tweeted.

“Let me tell you, he’s going to have a hard time finding a job now,” Gardner crowed on “Weekend Update.”

She went on to talk about another “canceled” prep school student, whom the group painted as homophobic.

“He asked a friend in his playgroup why she had 2 daddies and ‘no mommy.’ Normalize bigotry, much? #FlushThisTurd,” the group tweeted.

“These kids need to be held accountable, Colin,” Day told the co-anchor before he went on to blast a girl for cultural insensitivity.

The girl was targeted for wearing a Native American costume for Halloween, with feathers in her hair and a fringe poncho.

“She’s white as printer paper and went as a culturally appropriating goon for Halloween,” the Child Cancellation Project tweeted. “Do your worst, Internet.”

Reaction on social media to the sketch, which takes aim at the extremes of cancel culture, appeared to be mostly positive.