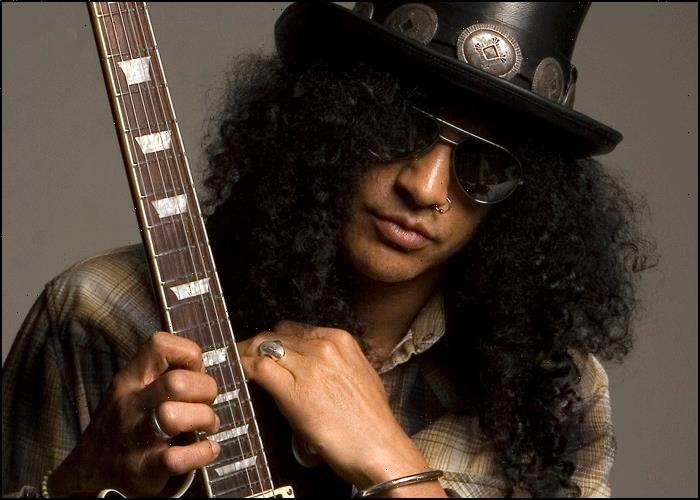 A premium coffee-table book that explores in detail the instruments Slash has used on countless hit records and on stages worldwide will be published in hardcover in January.

“The Collection: Slash” will be published in hardcover in two editions – Custom and Deluxe – via Gibson Publishing and is available for pre-order via www.Gibson.com.

“It’s been a blast working with Gibson to create a platform for me to talk about my favorite thing, guitars” said Slash. “This book is a great exposé of all the great guitars I’ve collected over many years,” he continued, referring to his staggering collection of around 400 instruments.

“One of the key things is the neck,” Slash explains in the book about how he picks a guitar. “And then the most important factor is what it sounds like. I’m really sensitive to nuances in a Les Paul and I’m very tuned in to what each one sounds like. That’s how I go about picking which one I want to take out,” the Guns N’ Roses guitarist added.