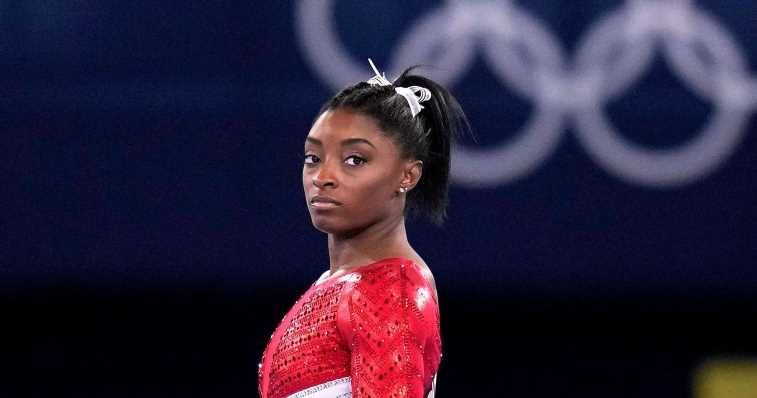 The athlete, 24, will not participate in the competition on Thursday, July 29. USA Gymnastics announced the decision on Wednesday, July 28, in a statement.

“After further medical evaluation, Simone Biles has withdrawn from the final individual all-around competition at the Tokyo Olympic Games, in order to focus on her mental health,” the organization said. “Simone will continue to be evaluated daily to determine whether or not to participate in next week’s individual event finals. Jade Carey, who had the ninth highest score in qualifications, will participate in her place in the all-around.” 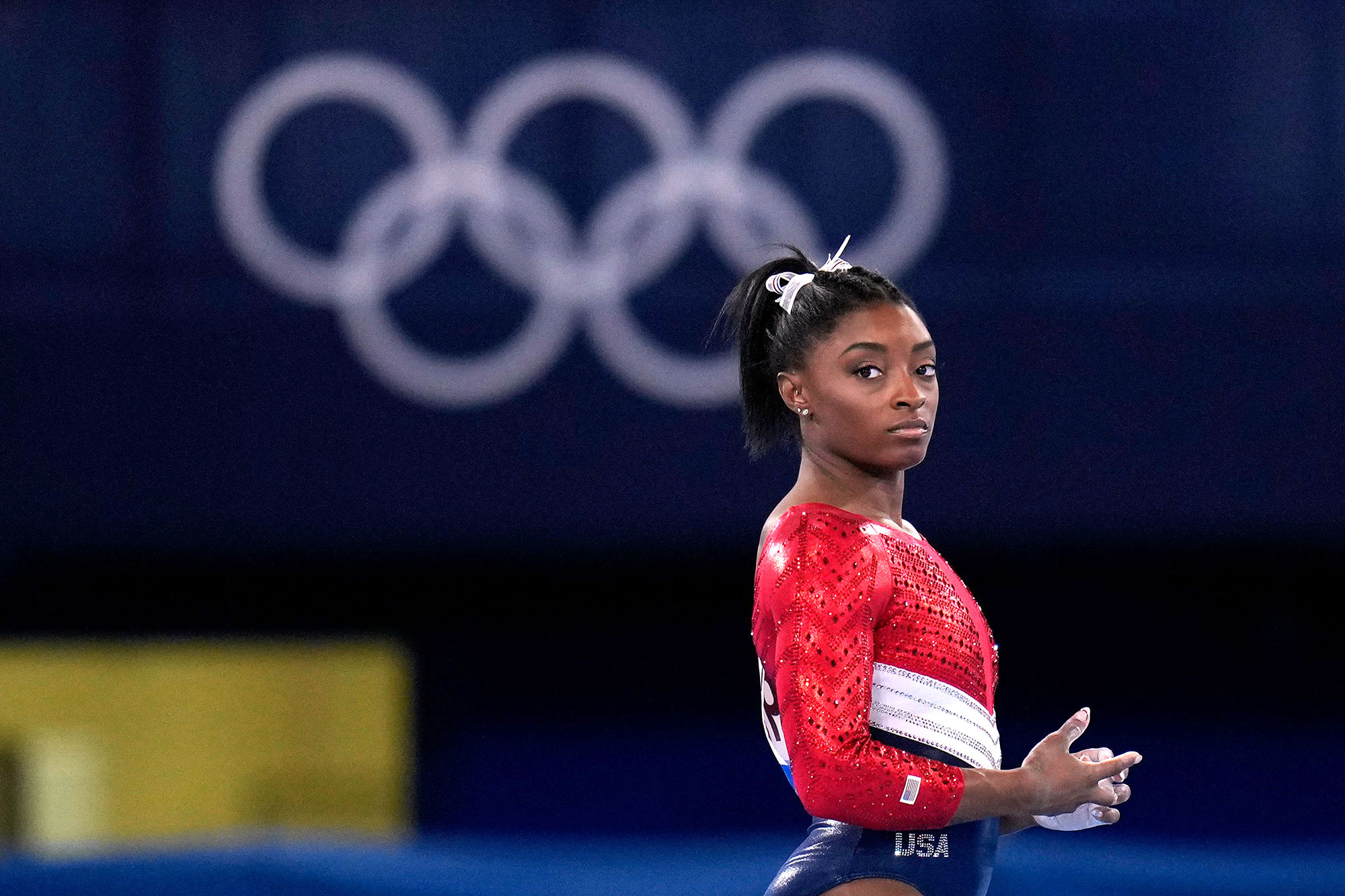 The statement concluded, “We wholeheartedly support Simone’s decision and applaud her bravery in prioritizing her well-being. Her courage shows, yet again, why she is a role model for so many.”

She first withdrew from the team final on Tuesday, July 27 and said she wasn’t sure about competing on Thursday. “We’re going to see about Thursday, we’ll take it a day at a time,” she told reporters via The Guardian. “I know tomorrow [Wednesday] we have a bit of a break from training so that’ll be really nice, to have a mental rest day.”

Team USA walked away with the silver medal in the team finals, losing to the Russian Olympic Committee. The Olympian maintained that if she hadn’t withdrawn, they might not even have silver.

“After that vault, I was like: ‘I’m not in the right headspace, I’m not going to lose a medal for this country and for these girls’ because they worked way too hard for me to go out there and have them lose a medal,” the Courage to Soar author said in a press conference. 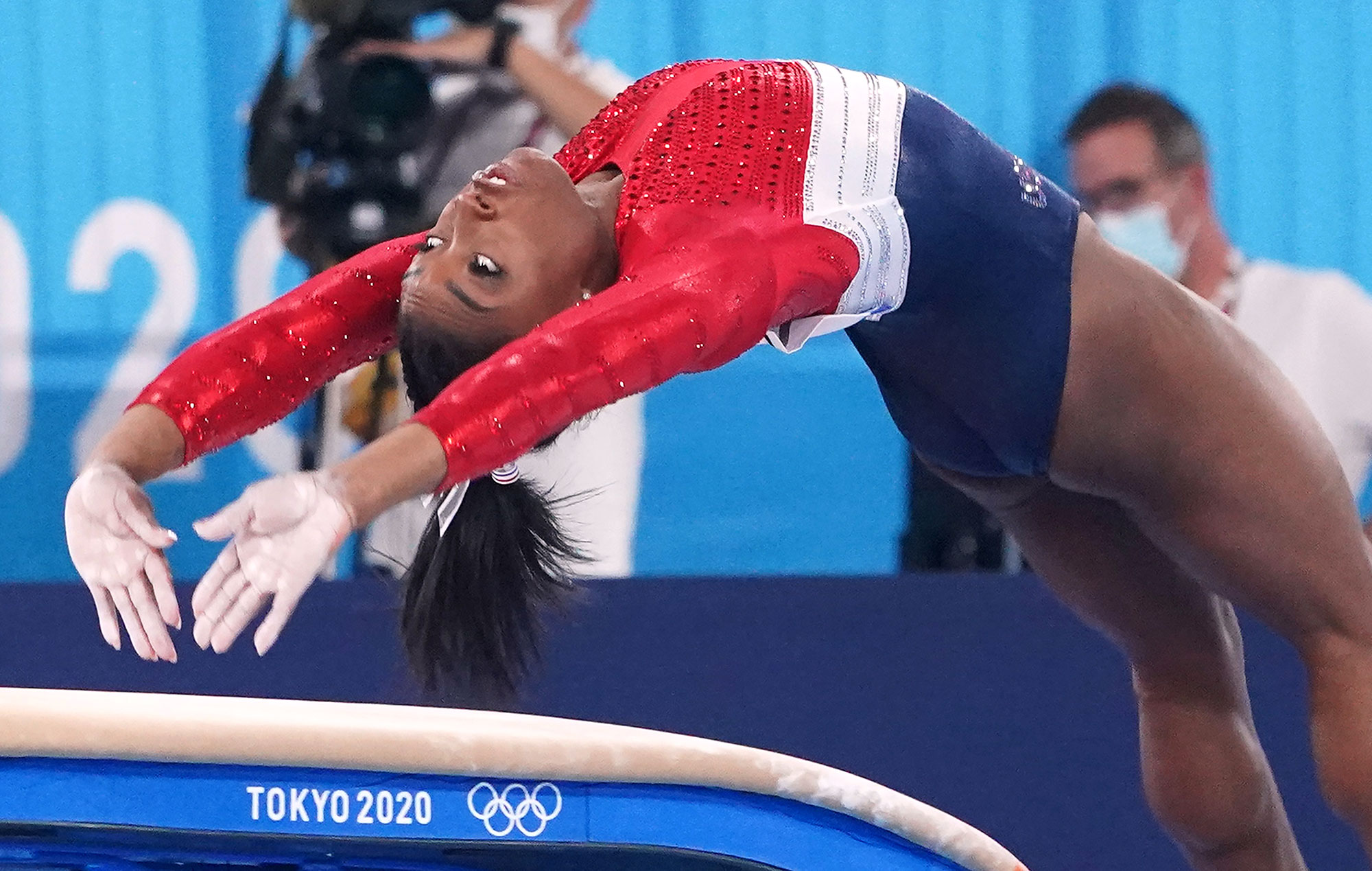 Biles was seen getting lost in the air during her vault on Tuesday, meaning she wasn’t fully aware of her body’s distance from the ground, according to The New York Times. It’s a dangerous situation for a gymnast twisting their body in midair.

Since announcing her withdrawal, Biles has been met with tons of support from fellow gymnasts, celebrities and fans.

“The whole globe is watching her right now and they are speculating every little thing and I can’t imagine what she’s feeling right now,” former Olympian Laurie Hernandez said on Today. “There’s immense pressure, there’s this feeling of, like, ‘I don’t want to let my team down.’ … At the end of the day, mentally, physically, we just want to make sure that she’s OK.”

Team USA’s Gymnastics Uniforms Are Made With More Than 6,400 Crystals

Aly Raisman, another former Olympian, added while on Today, “She’s human, and I think sometimes people forget that. And Simone, just like everyone else, is doing the best that she can.”

Biles has not announced if she will participate in the vault, floor exercise and balance beam finals at the Tokyo Olympics, which take place August 1 to August 3.