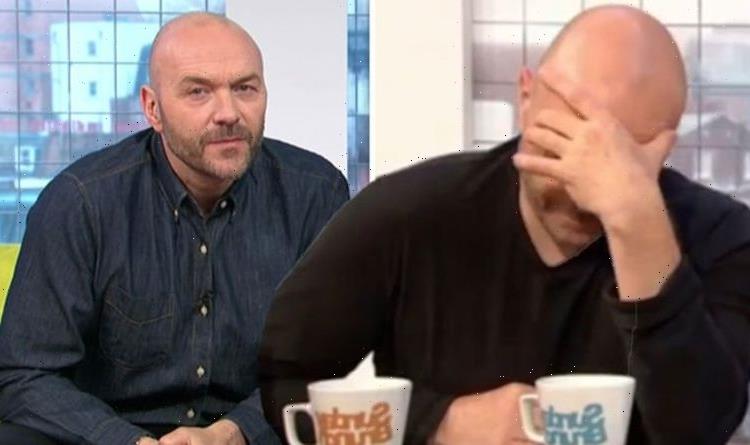 Simon Rimmer, who fronts Sunday Brunch alongside his co-star Tim Lovejoy, penned a heartfelt message to BBC radio host Shaun Keavney, 49, after he stepped down from his role. The Channel 4 presenter admitted he would miss the DJ’s “dulcet tones” in a goodbye post.

The radio DJ announced his departure from BBC 6 Music in July after 14 years hosting his radio programme.

Taking to Twitter, the TV chef thanked Shaun for the “hangovers” and the “middle-aged shout outs”.

In view of his 270,000 followers, Simon penned: “Today is the last show for @shaunwkeaveny @BBC6Music.

“Happy to be your friend. Will miss your dulcet tones xx.”

Earlier this week, Zoe Ball penned a goodbye message to Shaun admitting the news had left her “heartbroken”.

Fans have also reacted with many sharing their disappointment that the radio DJ will no longer be on the airwaves.

One wrote: “I’m in denial this is even happening.”

“Beyond gutted this is happening I can’t even talk about it,” another commented.

Another remarked: “Don’t let him go,” while a fourth added: “I’m sad too.”

BBC 6 Music presenter Shaun is to leave the station today, with actor and DJ Craig Charles replacing him on the weekday afternoon show.

At the time of his exit news, he said: “Things change, places change, people change, and it’s time for a change.”

He thanked listeners for being “unceasingly funny, always kind” and being there through “births… bad curries, deceased pets, the lot”.

Shaun first joined 6 Music in 2007, originally hosting a late evening programme before taking over the breakfast show that April.

He stayed in that slot for 11 years before moving to early afternoons.

Meanwhile, Simon will return to the sofa for Sunday Brunch alongside his co-host Tim.

Sunday Brunch airs each Sunday on Channel 4 at 9.30am.