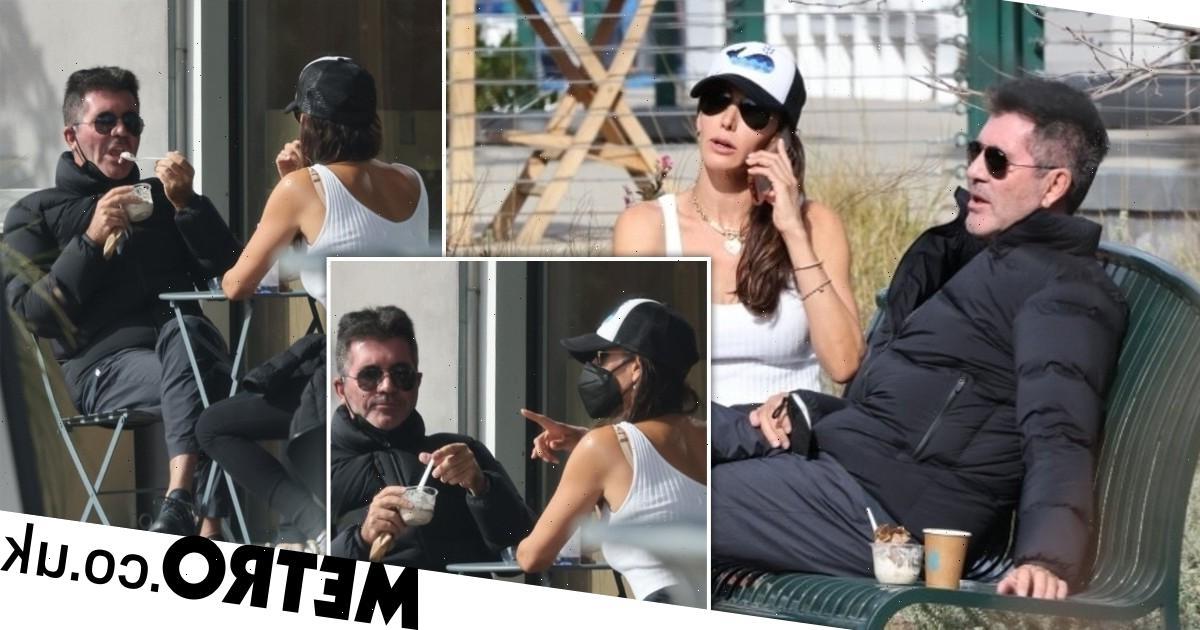 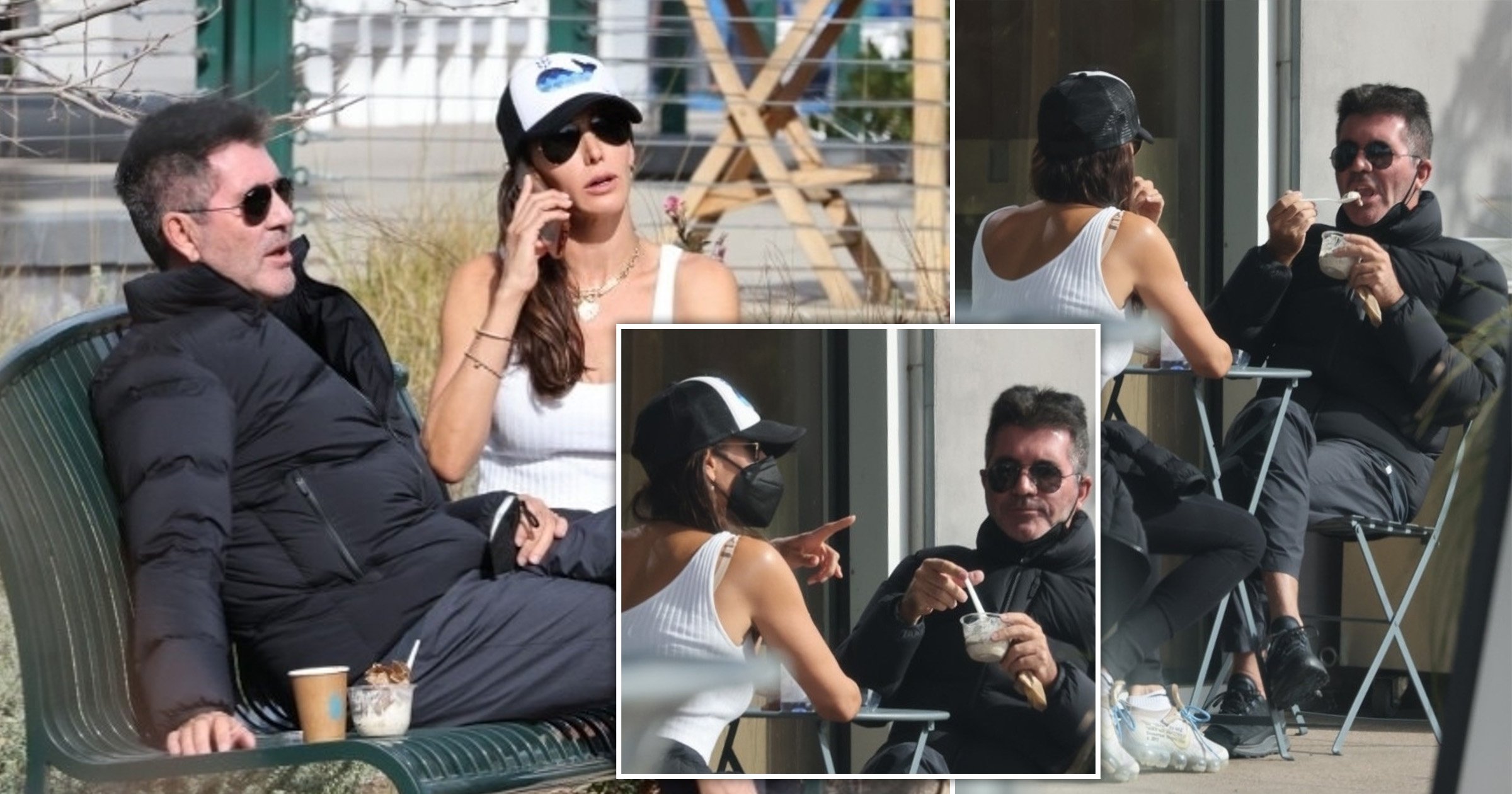 Simon Cowell and his new fiancee, Lauren Silverman, looked to be loving engaged life as they headed for a very chilled date, picking up ice cream and coffee together.

The pair headed out in Malibu, California, after returning from their very eventful trip to Barbados, which saw the music mogul propose.

Relaxing in the sun, Simon, 62, donned a black jacket and shades, chatting away to Lauren, 44, who rocked a casual look in leggings and a vest top, as well as shades and a baseball cap.

In another snap, Lauren chatted on the phone as Simon enjoyed the surroundings, placing his coffee and ice cream to the side.

The smitten couple recently got engaged, with Simon reportedly popping the question in front of their seven-year-old son Eric and Lauren’s older son Adam, on Christmas Eve.

A source told The Sun: ‘Lauren was absolutely stunned and never in a million years expected Simon to pop the question. She burst into tears – happy tears – and obviously said “yes” straight away.

‘It was important to Simon that the kids were there too, as he adores them both and the family they’ve become.’

They added: ‘Whilst Simon never thought he was the marrying type, he’s realised he’s met the woman of his dreams – and couldn’t be happier. In the words of Beyoncé, it was time to put a ring on it.’

Simon first met New York City socialite Lauren in 2004, when she was on holiday in Barbados with her then-husband Andrew Willner.

The pair went public with their relationship in 2013, with Andrew and Lauren’s divorce being finalised in November that year.

Simon, who previously insisted he would never get married, has kept his relationship fairly private, but paid tribute to Lauren when he received his star on the Hollywood Walk of Fame in 2018.

He said at the time: ‘Lauren, you’ve been my rock for the past few years. Put up with everything I put up with.’

Simon’s close pal Amanda Holden admitted she was in shock when she heard the news of his engagement.

Appearing on Heart FM on Wednesday, Amanda said: ‘Last night we all got the text saying, “It’s happening” and we couldn’t believe it, and I knew it would be in the papers today if we got the text last night. So I was like “oh my goodness!”‘

She told co-hosts Jamie Theakston and Ashley Roberts: ‘I have to say, I’m probably as shocked as Lauren!

‘Simon said he would never get married, and obviously Lauren has been by his side and you now they’ve been through so much together, and I think she’s the one, but I don’t know if she ever thought he would put a ring on it!’