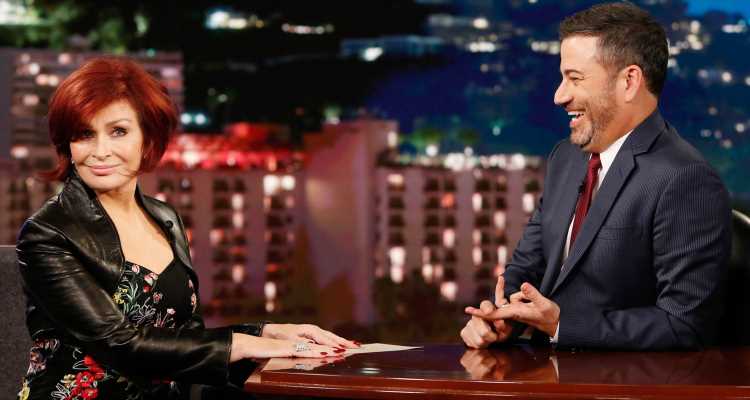 Sharon Osbourne stopped by Jimmy Kimmel Live on Wednesday (September 11) and opened up about her brand new plastic surgery she had done five weeks ago.

“It’s so popular now for men and women to get facelifts that there’s very few really good surgeons and there’s so many people wanting it done, odds are you’re going to get a dud,” the 66-year-old The Talk co-host expressed, after Kimmel praised her work. “People’s bone structure, it just doesn’t… I think too a lot of people go in to change too much and then it just doesn’t work.”

“He gave me a procedure where I didn’t have anesthetic,” Sharon continued, before talking about the healing process. “You’ve got tubes coming out your head and these two rubber bowls the blood goes into. You have that for five days, so you look amazing, you look really really good.”

Jimmy then asked about Sharon‘s husband Ozzy Osbourne‘s health, after he initially delayed his farewell tour due to the flu, before suffering additional ailments including pneumonia and a fall which resulted in surgery.

“He did one year [of the tour] and then he got flu, which led to pneumonia. This thing happens to so many people, but he gets up in the night, goes to the bathroom, comes back, falls on the rug and bashed his head on the side table,” Sharon said. “Then he went this way and bashed his head on the post of our bed and down he went. He didn’t put his hands down and he went face down, his neck went back and he had to have spinal surgery. He had metal rods in his body and the fall pushed the rods through his bones, so he had to have three major operations.”

“I tell you what, Ozzy the other today, put together an x-ray of his upper chest and neck and no wonder they call him iron man,” Sharon continued. “He’s got bolts, he’s got so much metal in his body, it’s frightening.” She added that he’s “getting a lot better, but it’s been a very very hard year.”

Sharon Osbourne also talked about the possibility of The Osbournes returning to TV, making a movie about their life, Ozzy as a grandpa, and Donald Trump.