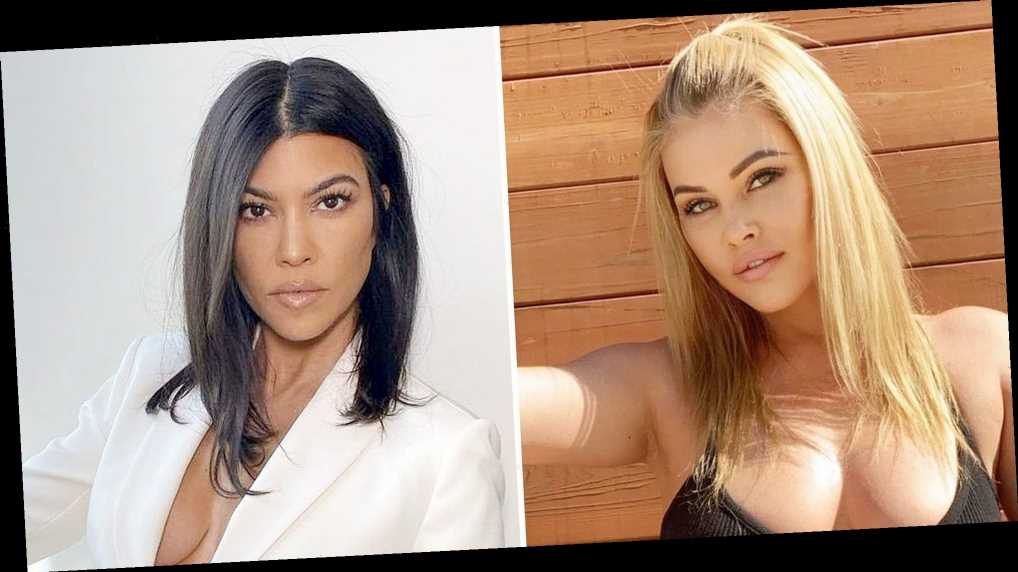 A shady slip of the finger? Shanna Moakler spoke exclusively to Us Weekly about getting caught “liking” a comment about Kourtney Kardashian amid the Keeping Up With the Kardashians star’s romance with Travis Barker.

Kourtney Kardashian’s Love Life: A Timeline of Her Dating History

“It was just a complete accident that I ‘liked’ it. A lot of times when I’m on my social media, I ‘like’ all the fans’ comments,” the 45-year-old model told Us. “I just kind of go down and heart everything and I didn’t even read that comment. I didn’t even know I ‘liked’ it until the press picked it up and it was all over the place. It was just kind of an unfortunate event, but I definitely wasn’t trying to start a social media war!”

Moakler, who shares son Landon, 17, and daughter Alabama, 15, with the 45-year-old drummer, made headlines earlier this month after she double-tapped a remark calling Kardashian, 40, a downgrade for Barker. The former Playboy Playmate also raised eyebrows for sharing a post that read, “Stop complaining about your life. There are people out there dating your ex” via Instagram.

The Kardashian-Jenner Family’s Friendships With Their Exes: A Guide

“It was actually about a different ex. It wasn’t about Travis and Kourtney at all,” Moakler told Us. “But to me,​​​​ still, the whole situation, I was trying to just make light of it on my social media. Really at the end of the day, I haven’t been with my ex-husband in over a decade. I have a boyfriend that I’m super happy with and I’m happy he found a girlfriend and a friend. He deserves to be happy as well. I want nothing but the best for him and my kids — that’s the most important thing for me.”

She added: “My social media is something that I just have fun with. It’s supposed to be fun. It’s not a place where I’m trying to attack anybody.”

Us confirmed last month that Kardashian, 41, and Barker had been secretly seeing each other “for a couple of months.” The twosome were friends before their relationship turned romantic and according to a source, their children helped bring them together. (The Poosh founder shares Mason, 11, Penelope, 8, and Reign, 6, with ex Scott Disick.)

“Kourtney and Travis are officially a couple,” the insider told Us on January 24. “Travis is very smitten with Kourtney and has been for a while.”

After celebrating Valentine’s Day together, the pair made their relationship Instagram official on February 16.

“They have big modern families [and they] both are dedicated to their kids. They come from these modern families with modern relationships,” a second source told Us. “Both of their families are supportive. It’s still very new, but they are both very excited by how easy it all has been.”