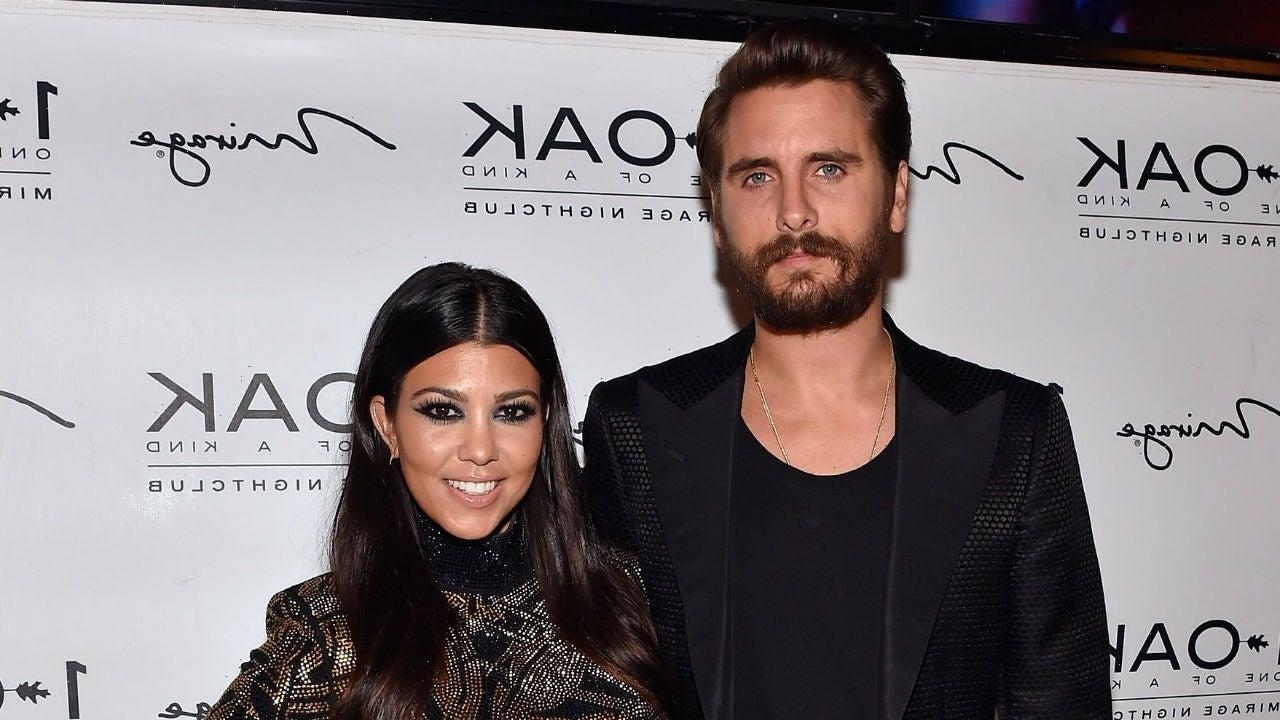 Scott Disick doesn’t like seeing Kourtney Kardashian with anyone else. In a sneak peek clip of an upcoming episode of Keeping Up With the Kardashians, Scott opens up to Kourtney about how he feels seeing her flirt and date other men. The on-again, off-again pair shares three kids — Mason, 11, Penelope, 8, and Reign, 6.

“I feel like it annoys me when you flirt with this lifeguard,” Scott tells Kourtney as they lounge by a pool. Though she denies flirting with the lifeguard in question, Scott confesses that seeing her with any guy bothers him.

“Maybe it’s just, in my head, seeing you around any guy bothers me,” he says. “… Maybe it’s just something, I don’t know, I feel like you’re a little flirty.”

Scott tells Kourtney that seeing her with anyone else is his “insecurity,” adding, “I just don’t like seeing you with another guy.”

“It hurt me when you were with somebody else,” he says. “And, like, waking up to looking at pictures of you with this guy you were dating. You know, it was just unhealthy. It just made me upset and sad, you know what I mean?”

While Scott tells Kourtney that he has “no real problems” now and is more “carefree” than he has been at other points in his life, he still gets upset when he thinks about her getting with someone else.

“The big fear is if you start dating again, then it goes back to that and I have to feel a different way again,” he says. “It’s just hard. It sucks. And I guess now that you’re single and I’m single and you haven’t been with somebody in a bit, either we figure out creating our own lives together or separately.”

In a confessional, Scott confesses that it’s “definitely difficult that Kourtney and I basically spend 90 percent of our lives together, travel together, do everything together, see each other every day, and, you know, the only difference is, at the end of the night, we kind of part ways and go and sleep in separate houses.”

“This whole limbo state isn’t that cool anymore,” he says. “I surely don’t want us both to wake up and be 50 years old and doing the same thing.”

Earlier this season on KUWTK, Scott said that he broke things off with Sofia Richie because she issued an ultimatum the model gave him about his relationship with Kourtney.

“I thought I would give it a try and make her more of a priority, but then even when doing that, she was like, ‘I don’t wanna share you as a boyfriend with Kourtney,'” he said. “Instead of just wanting to work with it, she literally said, with an ultimatum: ‘You have to choose, me or Kourtney.'”

In another episode, Kourtney’s sisters made it clear that they wanted her and Scott to rekindle their romance.

“They just see two people who spend a lot of time together, do a lot of things with their children, so why can’t we have a perfect family and a white picket fence?” Scott told the cameras. “But it’s just not that simple.”

Currently, though, both Scott and Kourtney have moved on with other people, the former with Amelia Hamlin and the latter with Travis Barker.

Earlier this month, a source told ET that “having Kourtney and Travis get so serious has been an adjustment for Scott.”

“Travis is so in love and infatuated with Kourtney. They’re having the best time together. He’s 100 percent all in and totally sees a future with her. Kourtney is living her best life and is truly so happy,” the source said. “…[Scott] is still trying to get used to it. Scott is still close with Kourtney, but things between them have changed a bit.”

Keeping Up With the Kardashians airs Thursdays on E!