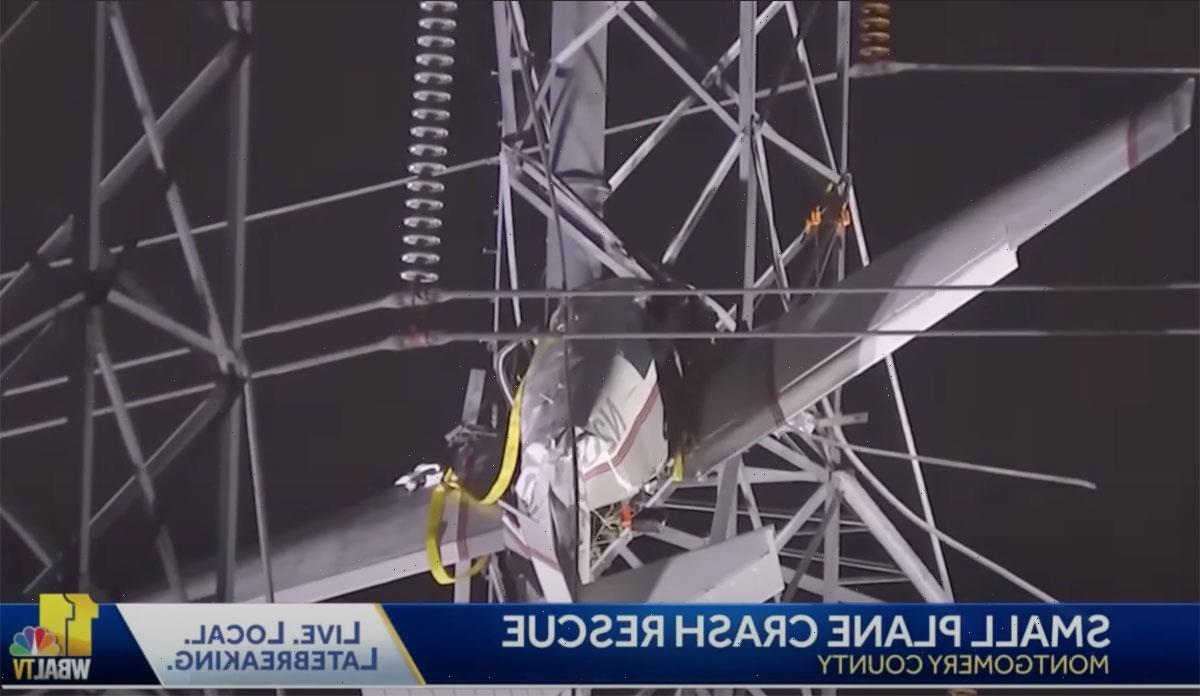 A pilot and passenger are lucky to have their lives following a scary accident!

Patrick Merkle, 65, and Jan Williams, 66, were flying around Montgomery County, Maryland Sunday afternoon when they crashed into a 100-foot-high electrical tower. Apparently, the two were attempting to approach a nearby airport for their final descent when the incident occurred, but were instead left stranded in the aircraft for over seven hours!

Units initially arrived at 5:30 p.m., according to Pete Piringer, chief spokesperson for Montgomery County (MD) Fire & Rescue Service. However, Rescue Service Chief Scott Goldstein explained the rescue team had to wait for the plane to be “grounded or bonded” before attempting to bring the passengers to safety. This meant units had to assure there was no static electricity or residual power in the tower, in addition to securing the aircraft to the structure before attempting to get them down, with Goldstein adding foggy weather conditions made everything a bit more challenging.

Ultimately, the Rescue Chief assured the public early Monday morning that the two stranded individuals had been successfully rescued from the perilous situation around 12:30 a.m., but were immediately transported to nearby hospital for trauma and orthopedic injuries, as well as hypothermia.

The crash apparently left 120,000 customers without power. See more (below):

Wow… We hope Patrick and Jan are going to be okay! What are your thoughts on this scary situation, Perezcious readers? Let us know in the comments down below!