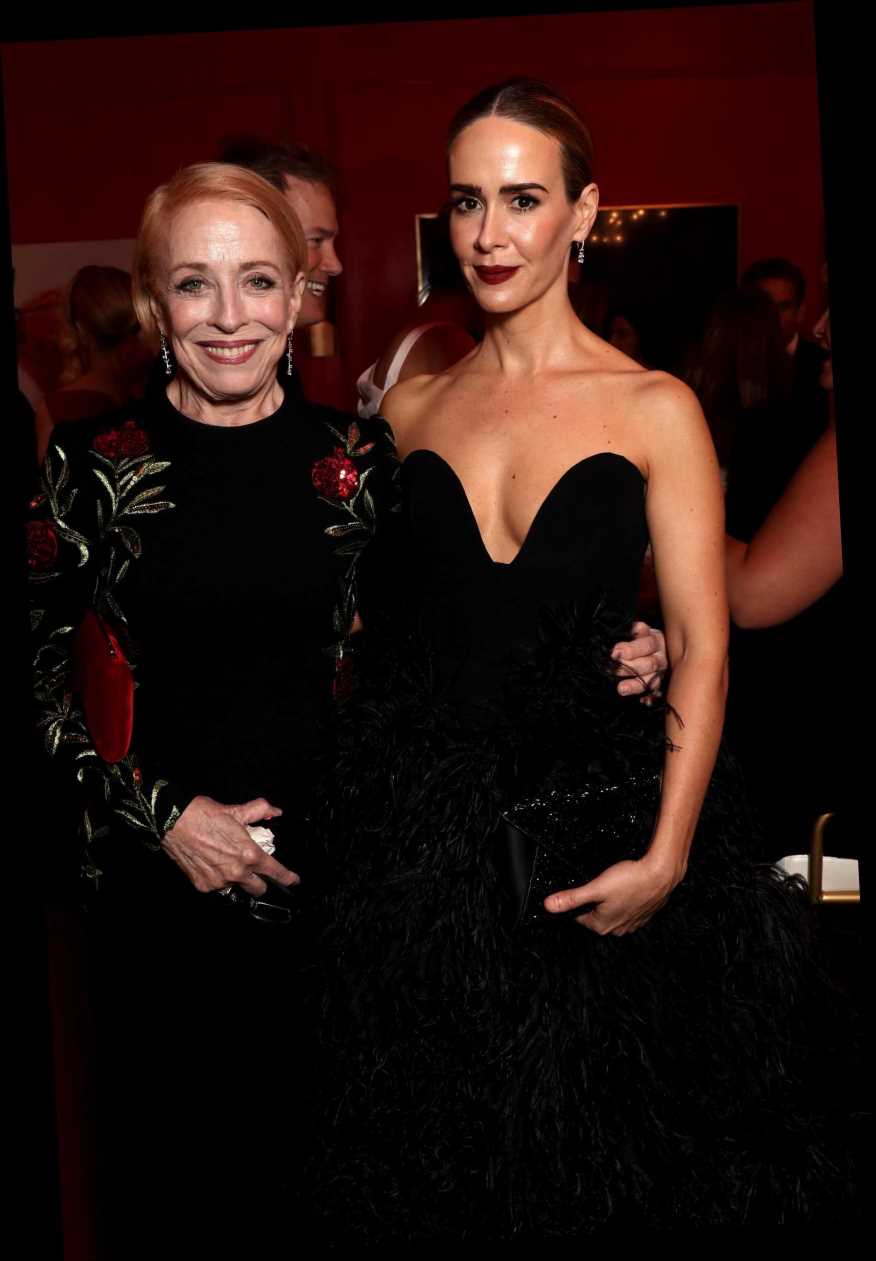 Sarah Paulson has been dating Holland Taylor for years, yet people still won’t stop bugging them about their age gap. The Ratched star is 45, and the Legally Blonde legend is 77. For Harper’s Bazaar‘s latest cover story, Sarah opened up about what its like receiving critiques from people who don’t know a single thing about their relationship.

Talking to Bad Feminist author Roxane Gay, Sarah first said, “To feel that I belong to anyone other than a person I would like to belong to, like Holland or my dog or my best friend or my sister…a bunch of strangers claiming me as their own feels a little confusing.” Admittedly, because she’s not the best at navigating around those conversations, she occasionally reveals more than she intended.

And getting more specific about her and Holland’s 32-year age difference, Sarah said she believes people’s obsession with them ultimately comes down to “our own ageist thinking and the idea that to be old is to cease to have any desire.” 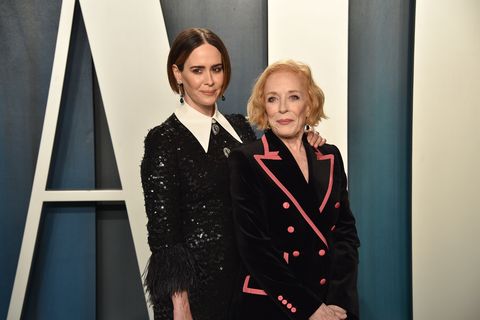 In a 2016 interview with The New York Times, Sarah shared similar sentiments and made it clear that her choices won’t be based on what society expects from her. “That’s going to make me feel really straitjacketed, and I don’t want to feel that,” she said.

Though her fans have generally been supportive of her relationship, while talking to Roxane, Sarah made it clear that if “anybody says anything about any person I love in a way that is disrespectful or cruel,” she’ll “want to cut a bitch.” So if anyone dares to even think about coming at her or Holland with any ageist crap, they better think twice.