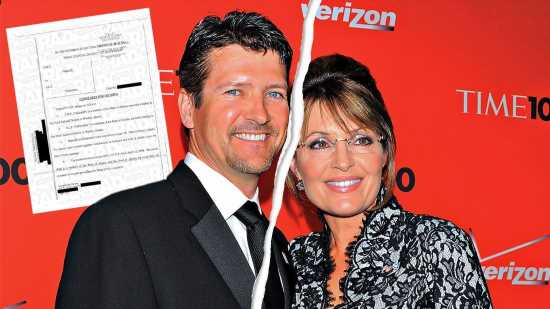 Sarah Palin‘s estranged husband Todd is demanding their debts and assets be “divided equally,” according to court documents exclusively obtained by RadarOnline.com.

As readers know the commercial fisherman filed for divorce in Anchorage Superior Court on Friday, Sept. 6 from one-time vice-presidential candidate, after 31 years of marriage.

Todd, 55, asked to dissolve the marriage from former Alaska governor, also 55, citing an “incompatibility of temperament between the parties such that they find it impossible to live together as husband and wife,” according to the documents obtained exclusively by Radar.

The filing asks for joint legal custody of their only minor child together, Trig.

Colbo asked the court that the divorce remain confidential as it moves forward, the filing states.

The filing was reported only under the couple’s initials.

Radar confirmed Sarah has not yet responded to the filing.