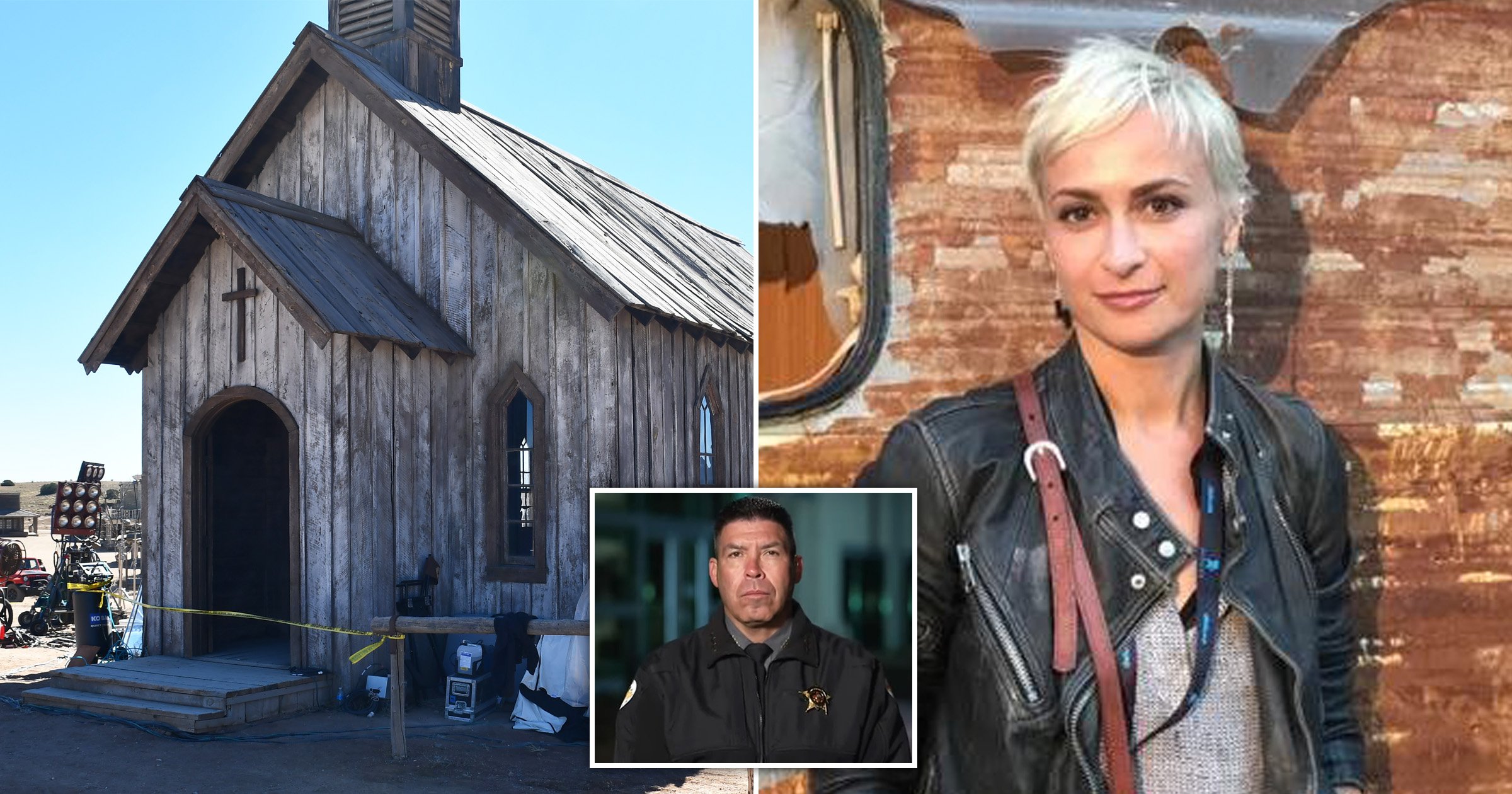 The Santa Fe County Sheriff says ‘concerning’ information has been found on text messages during the investigation into the fatal shooting of cinematographer Halyna Hutchins.

Sheriff Adan Mendoza said the messages discussed the possible use of live ammunition on a different movie set a few months prior to the start of production on the Rust movie.

The department recently released all files relating to its ongoing investigation into the tragic incident, including video footage of Alec Baldwin practicing with a revolver, and the actor’s interviews with officers afterwards.

Baldwin walked officials through the moment he shot Hutchins, referring to the past fatal shooting accidents on a movie set of Brandon Lee and Jon-Erik Hexum, adding: ‘I’ve shot enough guns in my day on movies and I’ve never seen this before.’

Speaking to NBC’s Today show, Sheriff Mendoza said: ‘There was complacency on the set, there was disorganisation and a degree of negligence, whether that rises to a criminal level that’ll be up to the district attorney.’

Asked about how the live rounds had come to be used he continued: ‘That was one of the key things we were looking into but as of right now no one has come forward and admitted to bringing the live rounds onto the movie set.

‘There was information from text messages that was concerning based on the fact that live ammo was spoken about and was possibly used on a prior movie set.

‘That was just a few months ago before the Rust movie production began so that is concerning.’

Sheriff Mendoza said that it was ‘too early to rule anything out’ at this stage of the investigation as they awaited the return of forensic results, adding: ‘I don’t think anybody’s off the hook when it comes to criminal charges.’

Other footage released yesterday from the Sheriff’s office included bodycam video from the set showing paramedics desperately trying to save Hutchins’ life following the incident, as well as the film’s armourer Hannah Gutierrez Reed telling police she was a ‘f***ing failure’ minutes after the shooting.

The police investigation comes after a report into the incident found the film’s production company ‘knew that firearm safety procedures were not being followed on set’ and ‘demonstrated plain indifference to employee safety’.

Rust Movie Productions was fined $136,793 US dollars (£104,810), the maximum allowable by state law in New Mexico, following a six-month investigation by the state’s environment department.

Baldwin continues to fight a number of lawsuits stemming from the incident.