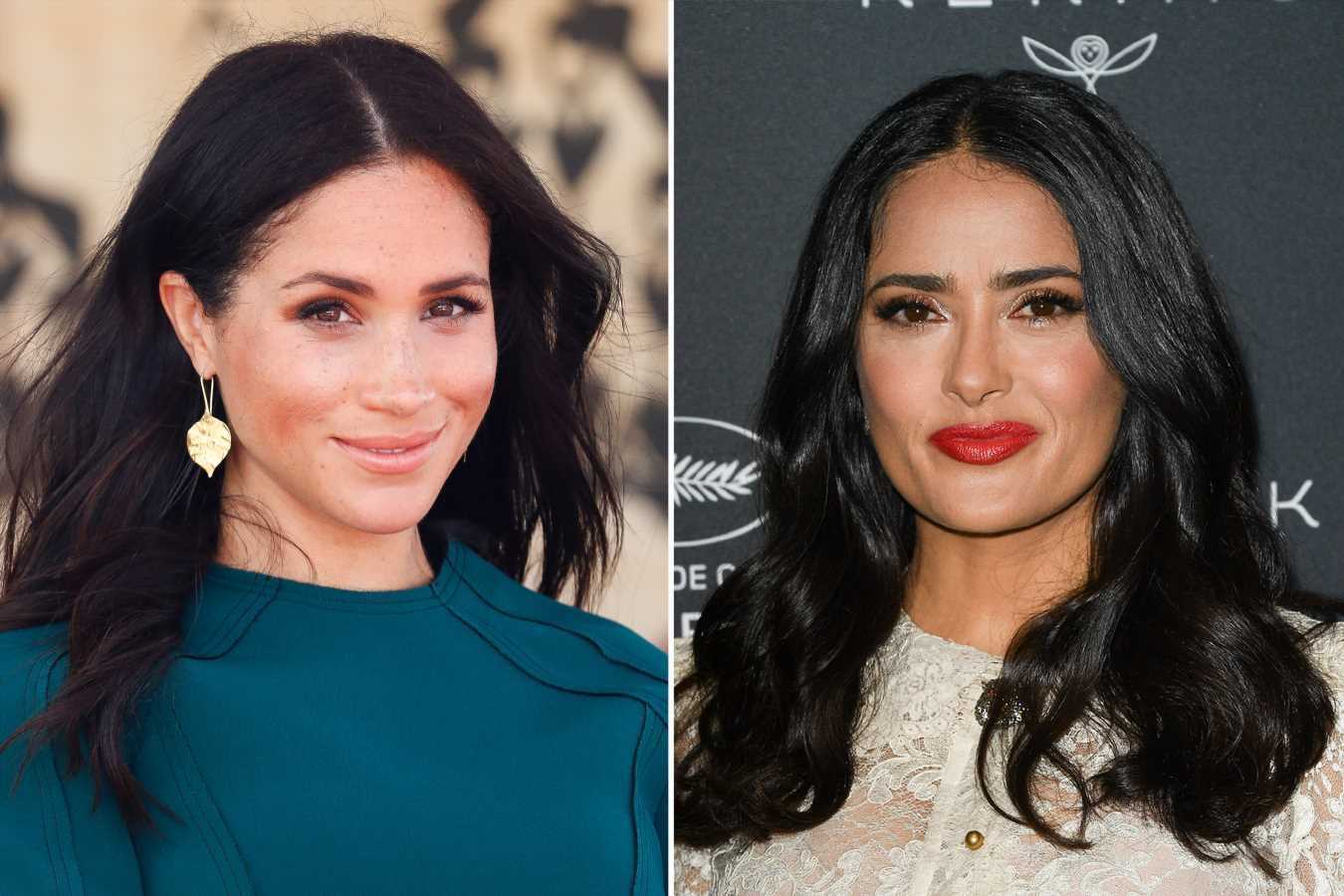 Salma Hayek knows how to keep a secret.

When the actress was tapped by Meghan Markle herself to take part in her guest-edited September issue of British Vogue, she was one of the only people in the world who knew what was going on — and the project was so under lock and key, Hayek couldn’t even tell her husband, daughter or publicist about it.

“I couldn’t talk about it and I didn’t,” Hayek told CNN.

Even the other cover stars — including Jameela Jamil, Jane Fonda and Laverne Cox — weren’t clued in.

“I felt very honored when we did this photo shoot. No one else knew what it was for,” Hayek said. “Only me and the photographer, Peter Lindbergh, knew. And all the girls were getting their picture taken for the cover and they didn’t know that Meghan was how they got there.”

Having successfully kept her lips locked, Hayek received a congratulatory phone call from Meghan and editor-in-chief Edward Enninful this week after the secret was officially out.

The project started for Hayek when she got an initial phone call from Enninful.

“I was in the car and he said, ‘Listen, I’m going to put somebody on the phone. Are you in the car with people?’ I said ‘Yes.’ He told me ‘you cannot say the name of the person I’m calling.’ Frankly, I thought it was a joke. And we are also very good friends with Naomi Campbell. And I thought, they’re pulling my leg or something, you know? I said, ‘Oh, she’s in London and he’s gonna pass me to her,” Hayek recalled. “But then it took a while for the other person to get on the phone. Then she got on the phone and introduced herself.”

Although Hayek and Meghan had never previously crossed paths, the Duchess of Sussex asked her to participate in a “project in support of women” she was working on.

“I got excited. I’m thinking and I’m trying to find the logic to this strange day,” Hayek said. “She explained her passion for women and what’s happening currently. And then she said she’s doing this with British Vogue. She said, you know, she was the guest editor of British Vogue, and I’m thinking maybe it’s going to be an article on what we’re doing, you know, with Kering and women, and she said no, ‘I’m [doing a cover], I’m not going to be the cover, I’m putting my favorite women on the cover. And you’re definitely one of them. You one of the first ones.’ I was like completely shocked. I did not see it coming that way. She started talking about how she’s been watching me and why me.”

Unlike Hayek, Laverne Cox had no idea the Duchess of Sussex had handpicked her for the cover until just last week.

“She was so lovely,” the trans rights activist and Orange Is the New Black tells PEOPLE about her phone call with Meghan. “She just thanked me for being an inspiration and to keep it up.”

Cox even managed to tell Meghan that she has been a fan of hers since Suits.

“It’s a dream come true,” Cox says of making history as the first transgender British Vogue cover star. “It’s been one of my biggest dreams and here it is.”