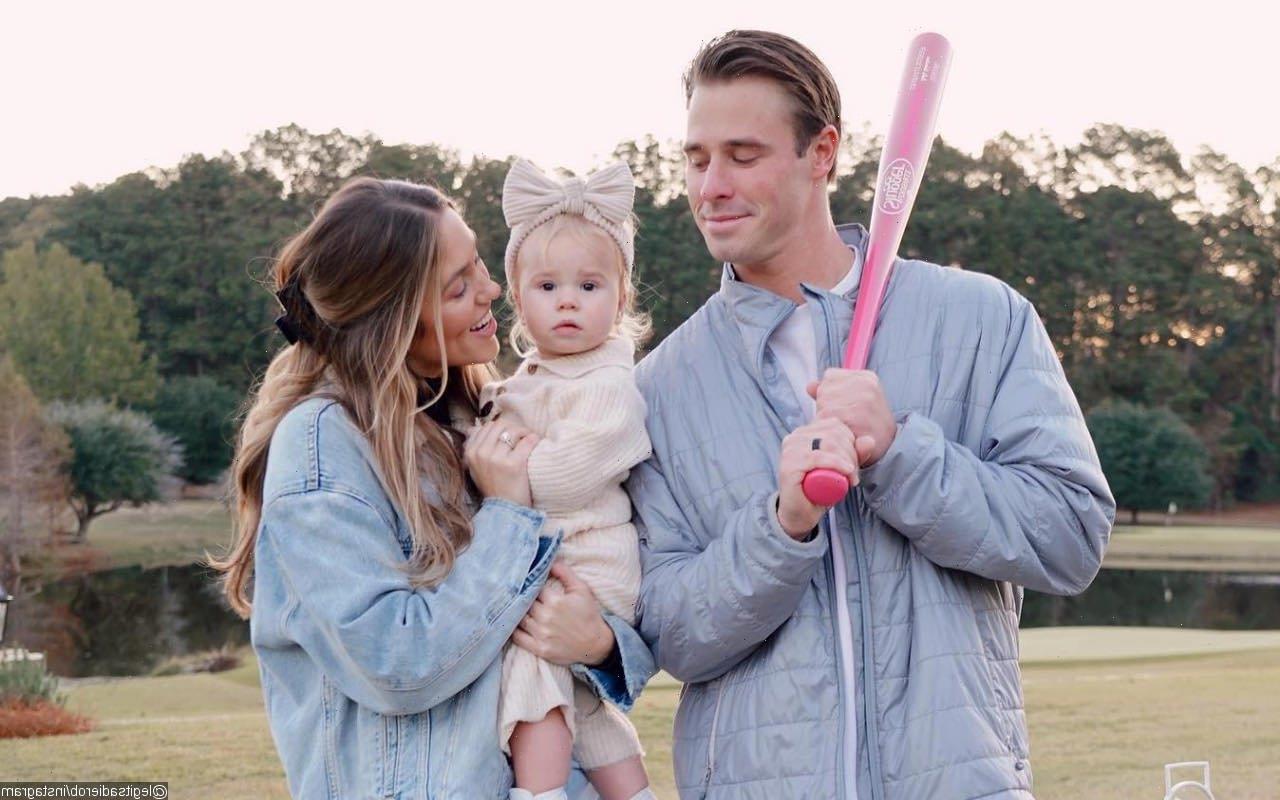 The former ‘Duck Dynasty’ star and her husband first confirmed her pregnancy earlier this month by posting a family photo along with their 1-year-old daughter Honey James Huff.

AceShowbiz –Sadie Robertson and her husband Christian Huff are currently expecting their second child together. On Friday, November 18, the former “Duck Dynasty” star and her spouse announced the gender of their baby by sharing a video from their sex reveal party.

In the clip shared on Instagram, Sadie could be seen throwing a ball in her husband’s direction. Christian then hit it with a baseball bat, before it exploded with pink smoke.

Christian himself was prepared to have another girl as he wore a pink shirt and shoes for the event. “Everyone here is team boy but definitely going to be a girl,” he confidently said. Alongside the footage, the couple gushed, “WE ARE SO EXCITED!!!!!”

Sadie and Christian first confirmed her pregnancy earlier this month. At that time, they posted a family photo along with their 1-year-old daughter Honey James Huff. The expectant parents were sitting on the front porch steps of a home while the 25-year-old mom held images of an ultrasound. “Another little miracle is in motion,” they penned in the accompanying message.

Sadie and Christian tied the knot in November 2019. Following their first year of marriage, the “Dancing with the Stars” alum opened up about their marriage in an interview with PEOPLE.

“Christian and I were talking about so many questions when we had our anniversary, like, ‘What surprised us about each other? What did we not expect?’ and all these things,” she said. “And honestly, I think with Christian, what really has surprised me, what I didn’t even notice was just how great of a friend he would be.”