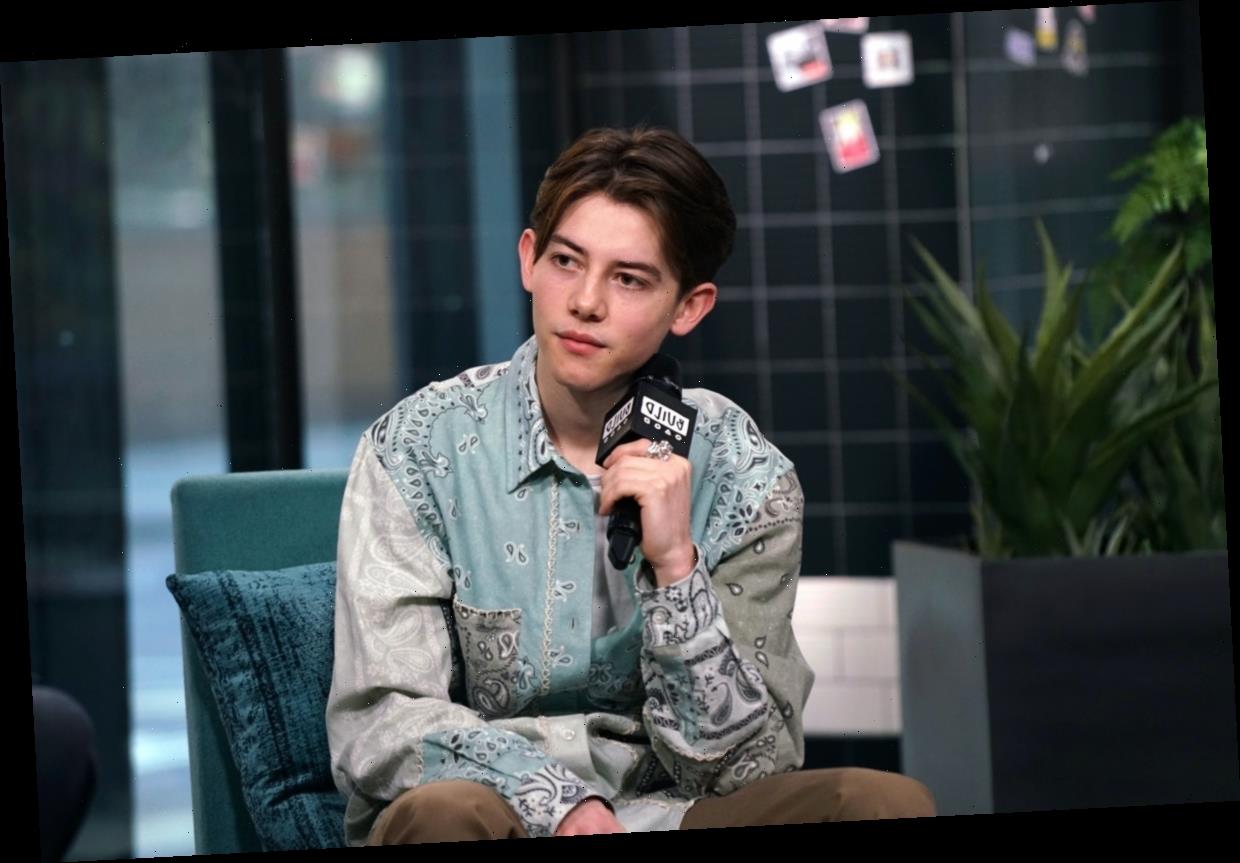 Olivia Rodrigo made the epic breakup song that keeps on giving, because Sabrina Carpenter’s ex Griffin Gluck’s post about "Driver’s License" is as much of a clap-back as the song itself. If you thought the drama surrounding one of the biggest songs in the world right now was dying down anytime soon, guess again. It looks as if it’s just getting started, with new details and speculation about who the subject of the song is emerging each day.

Keen fans deduced that Rodrigo’s Spotify-record-breaking track, "Drivers License," is likely about her former High School Musical: The Series co-star, Joshua Bassett (although neither Rodrigo or Bassett have confirmed this theory). Some lyrics in "Drivers License" also have fans speculating that the song contains references to Rodrigo’s fellow Disney Channel star, Sabrina Carpenter, and her alleged involvement with Bassett. Lines like, "And you’re probably with that blonde girl," and, "She’s so much older than me," both suggest Carpenter to be the subject of Rodrigo’s ex’s affection, since she’s blonde and also four years older than the 17-year-old HSMTS star. You do the math.

With all the rumors and speculation, it’s hard to come to any conclusions about "Drivers License" without a concrete statement from any of the individuals involved in the drama. Things did get shady, however, when Carpenter’s ex-boyfriend, actor Griffin Gluck, chimed in with praise for Rodrigo’s No. 1 single. Gluck posted the song to his Instagram story on Jan. 8 and zeroed in on the line about "that blonde girl," and called the track a "bop."

Gluck and Carpenter broke up at some point in 2020, with one of their last photos together posted on Jan. 7, 2020. On top of that, in August 2020, Carpenter was reportedly spotted on a date with Bassett in Los Angeles. Whether Gluck intended to be shady or not by posting Rodrigo’s debut single to his story remains to be seen, but there’s no denying what a coincidence it is that he chose such a scathing line to post.

At this point, the drama surrounding "Drivers License" is less of a love triangle and more of a love polygon; it’s as if new characters are popping up each day and weighing in on the scandals and breakups at the center of the gossip. 2021 is starting out messy.